Shortly after gaining popularity as a fun, high-intensity workout back in the homeland, Muay Thai took the Hong Kong fitness world by storm. Unfortunately, like most businesses in Hong Kong, and given the massive number of gyms nowadays, it’s hard to know who’s the real deal and who’s just trying to cash in on the latest trend. Fortunately for us, here are six spots where we know the focus is all about the boxing, and not the size of your wallet. There’s so much more to Mong Kok / Yau Ma Tei than markets, food and drinks. On the 7th floor of Dundas Square, you’ll find Abira Thai Boxing and Fitness, home to a head coach from Thailand with more than 300 fights under his belt, and a Filipino boxing coach who was once Manny Pacquiao’s undercard . All six packs, serious faces and experience aside, the trainers here are friendly and are happy to coach you whether you want to be a better fighter or fitter person in both Muay Thai or western boxing. A 12-class pack starts at $800, making it one of the cheapest and best gyms in the city. Trial prices start at $150 but are waived if you buy a package immediately after. The gym also holds half annual in-house matches.
7/F Dundas Square 43H Dundas Street, Yau Ma Tei, 2116-4488, www.abiraboxing.com. 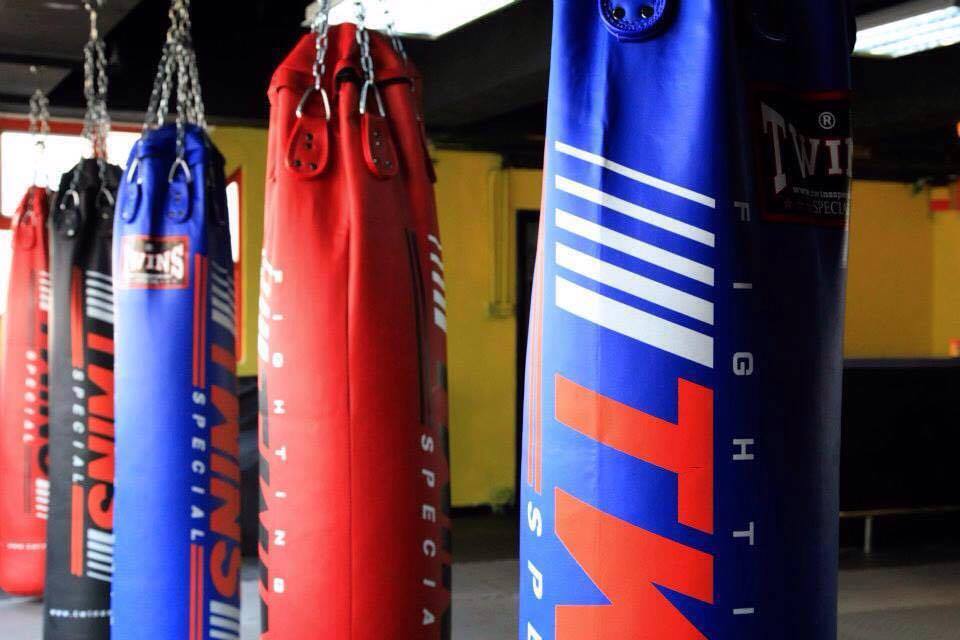 Youth Union Muay Thai is run and owned by Cheung Man-por (Paul), one of the most senior people in Hong Kong Muay Thai, having trained since he was 18. The gym, located in Yuen Long, has been running for eight years now and with their team of local and Thai trainers, they’ve been able to produce some incredible fighters over the year who’ve competed both locally and internationally — two of which will fight in Melbourne next month! A four-class package here starts at $480 and 16 classes go for $1,400. For anyone who prefers a little privacy, YUMT also offers one-on-one classes.
Room F-G 2/F, Wang Yip Centre, 18 Wang Yip Street East, Yuen Long, 6026-7315, www.youthunionsportsclub.co. 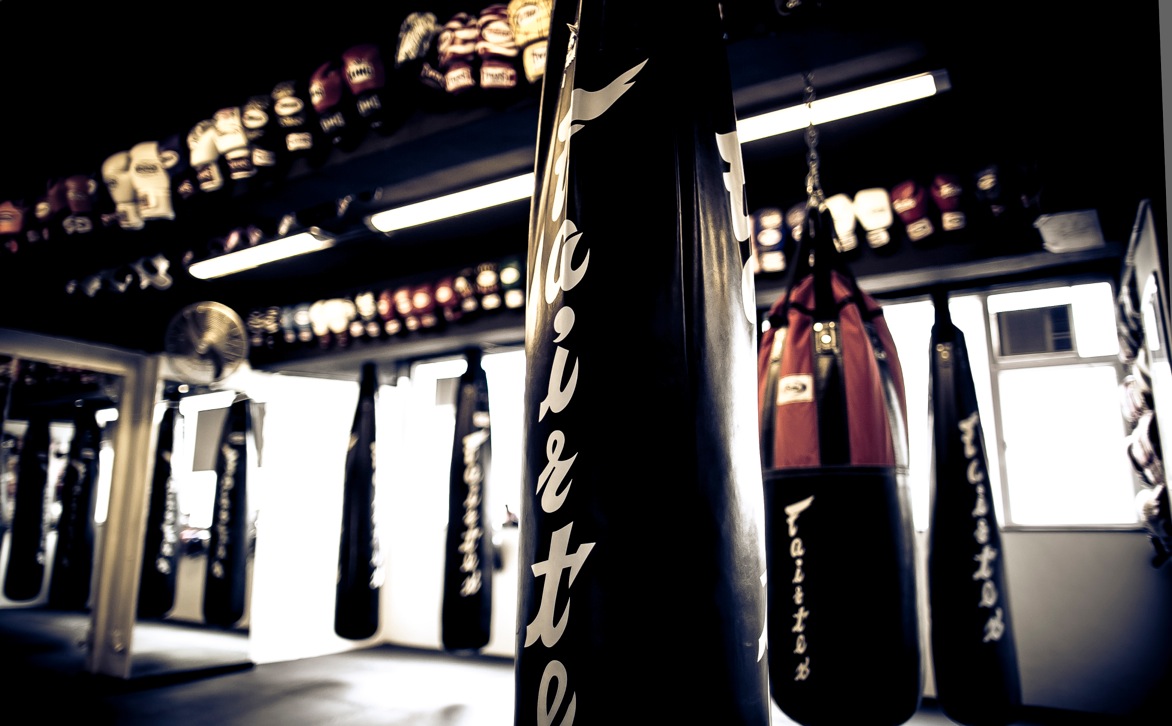 The Thai word ‘Rak’ directly translates to love, and at this small studio is Causeway Bay they’re all about their rak for Thai boxing. Rak Muay Thai is home to some well-experienced boxers from Thailand who train students in either one of the two levels of group class or one-on-one, and they even offer classes for the littler boxers on Saturday afternoons. A level1 12-class package starts at a reasonable $880 and personal training from $690. Here, they’re not going to force you into signing any kind of contract upfront and they even offer free trials for anyone who’s new to boxing or still unsure about classes.
4/F Jaff Building 520 Jaffe Road, Causeway Bay, 2893-8086, www.rakmuaythai.com. 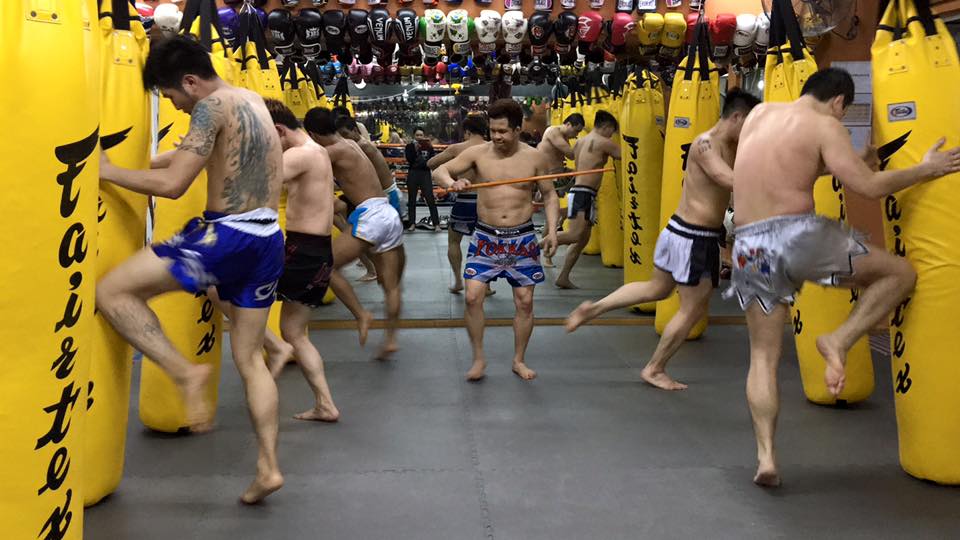 This place in Mong Kok is a relatively new having opened doors just a year ago, however, owner Sumitra Ngan brings a wealth of knowledge and alongside a team of former fighters from Thailand they happily train both fighters and those who just love to train. Here, a 12-pass for group class starts at $980 during happy hours (non-peak), but the gym also offers unlimited packages ranging from 30 days ($1,400) right up to one year ($9,800). Super Muay Thai Gym offers one-on-one personal training from $700. For one-on-two or one-on-three, just add $150 per extra person.
4Flr Wing Wong Commercial Building, 557 Nathan Road, Mong Kok, 6643-1708, www.supermuaythaigym.com.hk. On the fourth floor of Sincere House in Mong Kok you’ll find Santichai Fitness, a small boxing gym that has been going strong for almost a decade since it first opened back in 2007. This place was ‘in’ before the massive Muay Thai trend that swept the city and over the last nine years, it has proven itself time and time again, attracting celebrities and locals alike. Head coach Dongsaenkaew works closely alongside a team of ex-fighters who have more than 800 fights between them. Here, a 12-class package starts at $720 and an unlimited monthly pass goes for $1,200.
Room 415, 4/F, Sincere House, 83 Argyle Street, Mong Kok, 3540-3508, www.santichai.com. FAC gyms in Hong Kong go a little beyond traditional Muay Thai, offering Brazilian jiujutsu, mixed martial arts (MMA) and hatha yoga spread out over their 10 locations in Hong Kong. The regular Muay Thai classes are more fitness-oriented due to large numbers and limited space, but anyone looking for a serious career in Muay Thai can make use of the one-on-one lessons, where the focus will be purely on bettering technique and skill. For a flat rate of $888 per month with a $250 card fee and $500 joining fee, members can make use of all the facilities, classes and gyms. However, like most things in Hong Kong, if you purchase an upfront plan for six months, both the joining fee and member’s card fee are wiped and the package will even be discounted even more. Locker, towels and gym use are all included.
Unit 3-4, 4/F, Westlands Centre, 20 Westlands Road, Quarry Bary, 3586-3089, www.fightingarts.com.