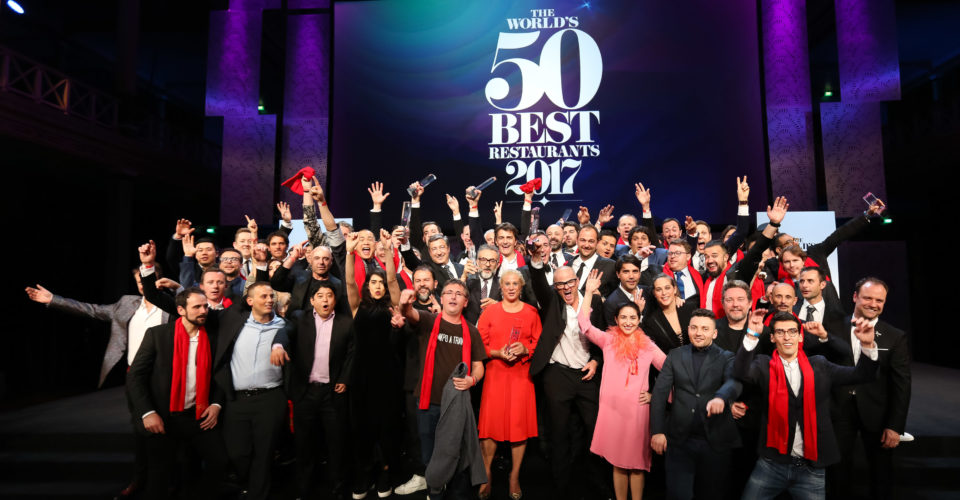 Amber, Hong Kong’s most sophisticated French restaurant and the 3rd best in Asia, fared a little behind its no. 20 spot last year with a no. 24 ranking for 2017, but lands a milestone nonetheless — marking its seventh year as one of the world’s top 50.

Gaggan, a progressive Indian restaurant from Bangkok that topped the list at Asia’s 50 Best Restaurants three years in a row, jumped an astounding 16 places to 7th, making it the region’s leading restaurant, and the only from Asia to make the top 10.

Shanghai’s Ultravioelt by Paul Pairet came in at 41st this year, also placing 8th in the Asia edition.

All together, there were seven Asian restaurants in the world’s top 50, with Bangkok and Tokyo producing the most contenders at two each.

Restaurants in Asia to make the World’s 50 Best:

No. 41 Shanghai’s Ultraviolet by Paul Pairet.