Andre Fu on what it means to be a modern architect 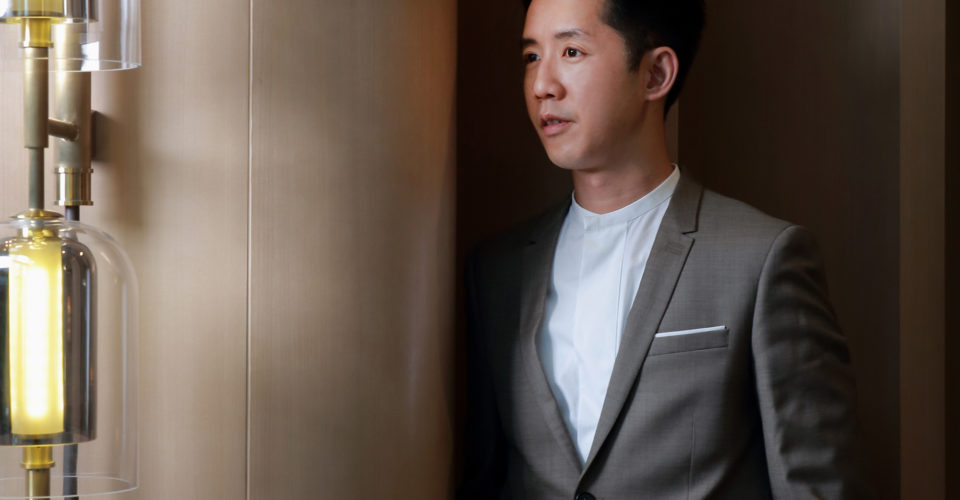 Though Andre Fu doesn’t see himself as a Hong Kong architect, the city did make him famous when his designs for the Upper House propelled him towards projects for The Berkeley London, Louis Vuitton, The Fullerton, Four Seasons Tokyo, and the upcoming Villa La Coste in Provence, just to name but a few.

Fu shares with The Loop HK the ingredients that make up a modern architect.

Raised in the Mid-Levels, Fu started calling London his home at the age of 14, when he was sent to St. Paul’s. This was followed by Cambridge University, where he studied architecture for seven years. A year prior to graduation, he launched AFSO (Andre Fu Studio). In 2002, he relocated to Shanghai to design the Zen Chinese Cuisine restaurant in Xintiandi and two years later, he went back to Hong Kong to continue his career.

5 Things You Should Know, according to Andre Fu:

1. Design is a fluid process

Whatever the ideal is, it’s always birthed out of a collaborative process where I talk, listen, respond, think and conclude. Then the client and I come together to repeatedly challenge what we’ve come up with again and again.

2. It’s not just about the looks

Social media has turned design into something that heavily focuses on the aesthetics, but what’s also important is the physical experience of being in a space as well as the degree of comfort it exudes – these are easily forgotten. There’s no designer who can say they can design comfort or timelessness: there’s no checklist. So I would treat myself as an end-user to see what sort of experiences I want when going into a property. Pragmatic issues are critical.

My designs aren’t really about myself: I’ll never wish that a Four Seasons resembles a Park Hyatt. My personal preferences shouldn’t override, whether it’s in the context of me individually, or as an architect from Hong Kong. For instance, I won’t bring Hong Kong street life to my upcoming project in Provence. I don’t think like that and I shouldn’t think like that — it’s whatever that makes guests there feel comfortable.

When I’m doing overseas projects, people often ask me how I can make something very – let’s say for example – Thai? That doesn’t necessarily mean I have to incorporate every single Thai element to make up the space, but it’s about the feeling I want to express within my designs. Still, I’d need the help of local artisans to make that happen.

Modernists respond to multi-tasking, the urban life. As architects, we need to consider the work-life balance in our designs and how we can help our guests achieve that. If all elements of the design are well considered and solid, that’s more important than trying to be overly creative.

With Instagram and Facebook, the market is a lot more educated now, meaning people are no longer looking for the box standard of luxury. Don’t be restricted to certain aesthetics: designs can be industrial and comfortable at the same time. We’re always learning.