“Anti-discrimination should be our number one priority” 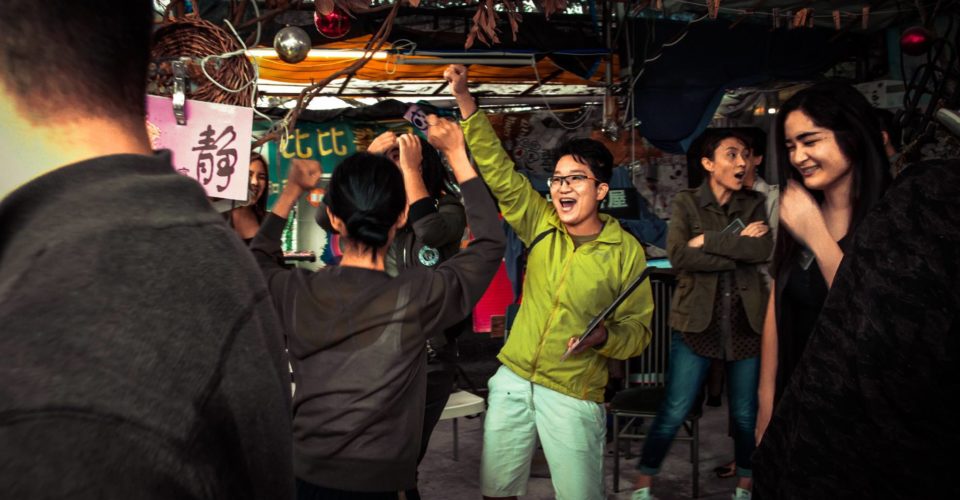 When Benita Chick isn’t working her day job at a youth-focused think tank or teaching scuba-diving in her free time, she’s giving talks about gender equality and other issues related to diversity. For the past two years, she’s led LGBT-themed walking tours across Hong Kong with operator Walk in Hong Kong, which eventually lead to her involvement helping to organize Hong Kong’s iteration of IDAHOT (International Day Against Homophobia, Transphobia, Biphobia and Intersex-phobia), taking place on May 17. We spoke to her about the state of LGBT rights in Hong Kong today.

IDAHOT is a global movement, so everyone can do it. But it’s quite difficult to promote as an event in Hong Kong because you have Pink Dot, which is happy and fun so everybody goes, and you have the Pride Parade, which has a very clear agenda. With IDAHOT, it can be difficult to find sponsors.

There can generally be from 800 to 1,000 people, depending on the year and the theme. This year, we will have a vigil using LED lights, and we’ll be screening “Kaspar X” [a Hong Kong-produced short documentary centred on the personal journey of a trans man named Kaspar]. We’ll also focus on discrimination against intersex people, because I think that’s really not talked about within the LGBT community.

The theme this year is transphobia because of the recent issues with the gender recognition law. In 2008, a trans woman wanted to marry her male partner [but was unable to, due to not being able to legally change her gender to female and due to Hong Kong not supporting same-sex marriage]. That was a big case, so the government said they would review the law. Last year, there was a consultation, and the biggest argument was people saying that you shouldn’t need full sexual reassignment surgery to have gender recognition, because it’s very costly and it might hurt your body. Instead, people argued for a self-declaration model. Henry Tse, one of our spokespeople, and Michael Vidler, a very important LGBT lawyer in Hong Kong, actually filed a court case earlier this year for judicial review, arguing for the re-assessment of whether reassignment surgery is necessary.

The anti-discrimination law has been under discussion since the 1990s. [There are laws prohibiting discrimination based on race, sex, family status, and disability, but not sexual orientation, gender identity or intersex status.] Back then, there was almost a public consultation on it. C.Y. Leung also mentioned it in his last policy address, but this year Carrie Lam has not made any mention of it. I think this is one of the most important topics in LGBT rights in Hong Kong. It should be our number one priority. It would really protect a lot of people. A lot of the LGBT advancement in Hong Kong is by judicial repeal, not legislation. None of the LGBT rights were won because of the government pushing for it. That’s why you have all these court cases.

Right now, there isn’t much of a public petition because the government doesn’t care. A lot of our work is to lobby politicians so that they can pressure the government. More so the pro-establishment group. The democratic camp is relatively LGBT-friendly, but once you go to the pro-establishment camp, none of them are openly supportive of LGBT issues other than Regina Ip.

There’s discrimination within the LGBT community, too. For example, trans people might not like genderqueer people because they think the genderqueer people are trying to have it both ways. Some gay and lesbian people don’t like bisexual people because, again, they think they’re trying to have it both ways. That’s something we don’t really talk about enough.

Compared to Taiwan, we’re definitely not there. Taiwan has a huge Pride Parade and they accept same-sex marriage. But compared to Singapore or other Asian countries, we’re not bad. I’d say we rank second in Asia. We’re still fighting for the same things [compared to years ago], but now there are definitely more LGBT events and visibility.

Be an ally, say no to discrimination and homophobia, and join LGBT events to raise awareness.