What You Should Know about Elephants in Thailand 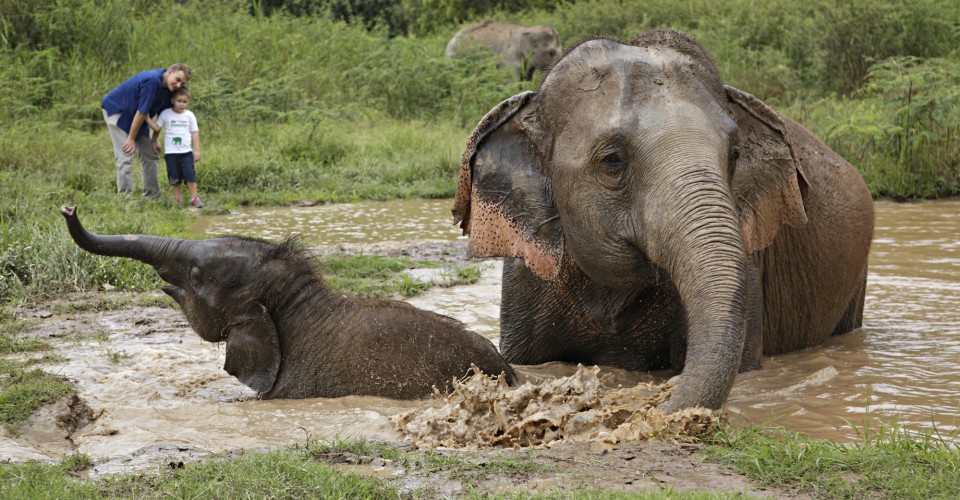 A visit to the Golden Triangle Asian Elephant Foundation

As the Director of Elephants & Conservation Activities at the Anantara Golden Triangle Elephant Camp and Resort near Chiang Rai, Thailand, John Roberts knows a thing or two about these gentle giants. He talks to The Loop about how the Golden Triangle Asian Elephant Foundation is helping elephants around the world, what travelers should know before heading to Thailand, and what these creatures need to be able to relax.

Growing up in Devon, John always enjoyed nature, and was later influenced by his conservationist brother. After studying science and engineering, John traveled around the world and contributed to a wide array of conservation projects in places like West Texas, Northern Australia, and Nepal. He began rescuing elephants with Anantara in 2003 and helped establish the Golden Triangle Asian Elephant Fun in 2006. In 2013, was appointed Anantara’s worldwide conservation director.

What issues do street elephants in Thailand face?
The same problems we all face — traffic, noise, pollution, all on top of a lack of natural environment. Elephants, to be relaxed, need a natural environment, lots of room, and other elephant company. So being brought into the streets because their owners can’t find another way to make a living is not ideal.

What is the Thai Government doing about it?
The Thai government banned street begging [with elephants] several years ago and have enforced this ban in several cities, so nowadays most of the begging is done by traveling elephants in rural towns and some traveling circuses. Really, the bigger problem now is the massive tourist camps sprouting up in big tourist areas whose market are not thinking about welfare at all.

Describe the care of the elephants at the Anantara camp.
We are very much guided by our vets and mahouts [an elephant keeper] to ensure the best care for our elephants. Of course, we make sure they get plenty to eat, we have an onsite vet and vet tech, and give the elephants plenty of free time to roam — but we take this further. An International Veterinary Consultant regularly monitors the camp’s elephants; we make sure that the elephants ‘work’ no more than six hours a day — and by that, we mean they’re ambling in a natural environment with, at most, one person on their back for an hour; and we almost never use a saddle — in the rare instance this is necessary, we don’t use rice sacks, which can hurt the elephants.

What exactly does the foundation do?
To put it simply, we do a lot! Essentially, we try to use science and experience to work with communities to help elephants — both wild and captive — we try to give the communities the tools to make a positive impact. With the elephant camp, it’s about getting elephants off the streets, giving the mahouts new options, and even giving their families new opportunities through their craft enterprise.

We do believe in trying to keep elephants in the wild as much as possible, so we also support projects like the Royal Reintroduction Foundtion. We also work on international projects like sponsoring a Human Elephant Conflict mitigation project in Tanzania, and are in the process of setting up a monitoring project in the Mathews Mountains in Kenya.

What should tourists think about when visiting elephants?
Keep in mind all the points above about elephant care. It’s also worth asking the camp whether they have a Ministry of Tourism & Sports Certification, and to what level. This certification does cover some welfare issues but also ensures a camp has the necessary insurances, first aid training, and is employing its mahouts legally. All these things are important.