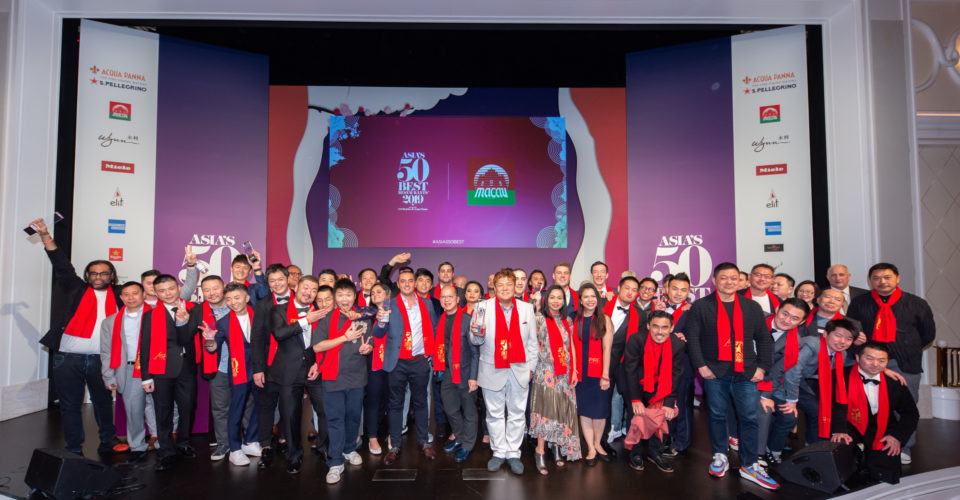 Last night, the winners of Asia’s 50 Best Restaurants, sponsored by S.Pellegrino and Acqua Panna were announced at the Wynn Palace in Macau.

The number one spot was claimed by Odette, a classic French fine-dining restaurant at the National Gallery in Singapore.

Gaggan, the Bangkok restaurant which took the list’s top spot for the last four years, claimed the second position for 2019. Though breaking its long streak as Asia’s best restaurant, the move was not wholly unexpected since the restaurant is set to close in 2020 and reopen in Japan later on.

Singapore, Bangkok and Tokyo look to be hot foodie destinations for 2019. Each of the three cities landed in the list’s top 10 and had more than five restaurants on the list.

A number of special awards had been announced ahead of the event last night, and were presented during the ceremony. These included

The Miele One to Watch Award – JL Studio (Singapore)