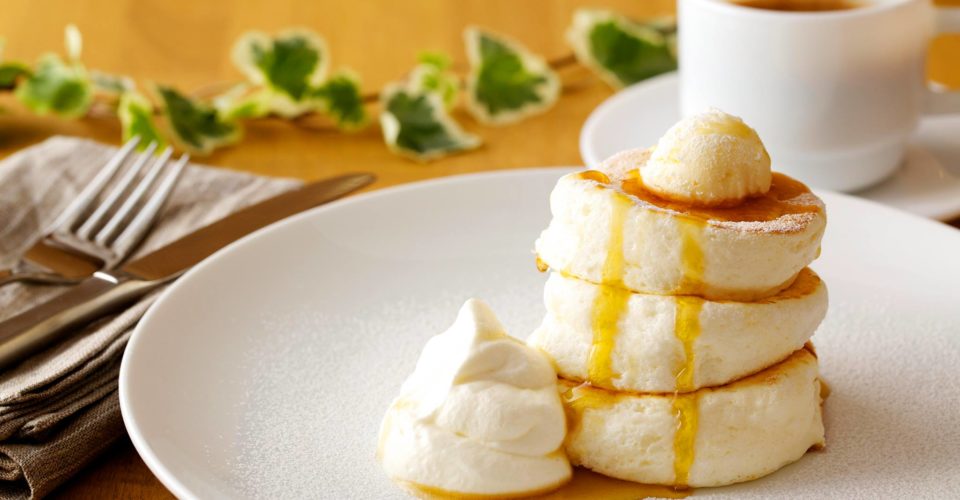 Cupcakes? Macarons? How passe. A new dessert trend has arrived in Hong Kong and, like most cutesy snacks, it started in Japan. Enter the souffle pancake. What sets it apart from its other, flatter counterparts is its eggy taste and distinctive fluffy shape, achieved by separating the egg white from the rest of the pancake batter ingredients, whipping it, and then folding it in. And at these six establishments, you’ll find the best souffle pancakes in Hong Kong.

I Love You Dessert Bar Don’t let its humble facade fool you — this cafe was recognized in the Michelin Guide 2018’s recommended street food list. Expect pancakes in a variety of flavors, from red bean green tea mousse to sesame cream cheese, accompanied by toppings like ice cream, fruits and sweet sauces. Not a pancake fan? They do waffles as well. There’s also a second, take-out counter  in Mong Kok. Tucked into the storefront for clothing brand i.t. blue block in Hysan Place is FLIPPER’S, Hong Kong’s branch of the popular Tokyo-originated pancake restaurant. FLIPPER’S specializes in what they call the Kiseki pancake, a special kind of souffle pancake that’s created with all-Japanese ingredients: Miyagi eggs, locally-grown wheat, and house-made maple-butter cream. Go for the plain version, or pick among a handful of flavors — watch out for limited-edition flavors such as honeydew melon. A couple of savory pancake options and coffee, tea, and other beverages round out the menu. Expect a bit of a wait before you get seated. Another popular Japanese-originated restaurant is gram at The ONE shopping mall in Tsim Sha Tsui. Choose between the plain or tiramisu-flavored souffle pancakes, or go for a regular pancake topped with caramel banana or fruits. The restaurant also serves up other cafe fare such as French toast, sandwiches, and smoothies. 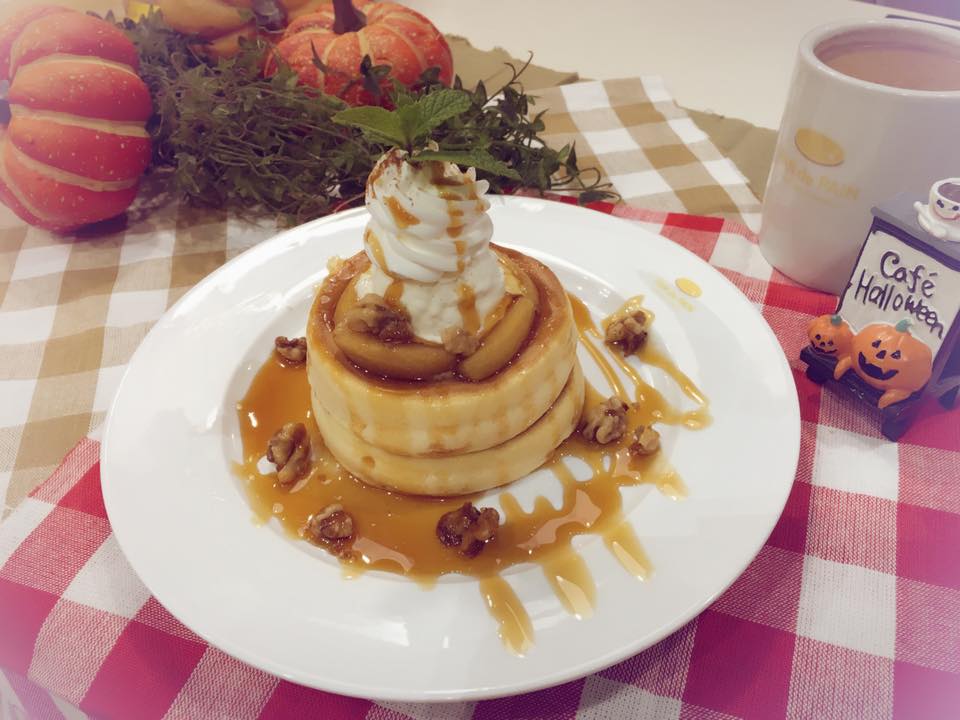 This cafe is run by chef Muse Leung – who also runs a cooking school in Sai Kung – and took inspiration from a variety of Japanese pancake restaurants. While this cafe’s signature is regular pancakes layered with ingredients such as strawberries and cream or creme brulee, it also does a delish souffle pancake, either served plain or with a caramel apple topping. There are also other breakfast foods and refreshing, fruit-infused detox waters. The more-ish Mango and Coconut Souffle Pancake by The Pantry.

If you prefer a pretty pancake loaded with toppings, pay The Pantry a visit. They’re known to go the extra mile with their dishes, creating heart-shaped pancakes for Valentine’s Day, for instance, and introducing innovative flavor combos such as salted egg custard or chestnut and fig. Pancakes only comprise a small portion of the menu, however — they’re primarily an all-day Western dining restaurant serving up pizzas, pastas, sandwiches, and salads. This food stall will catch your eye with its striking black-and-yellow, zig-zagged facade and fun, yellow school bus logo. Their souffle pancakes are accompanied by smooth soft-serve ice cream. Toppings include creme brulee and tiramisu, while soft-serve flavors range from sesame to Hokkaido milk. You can also order egg waffles or cups of ice cream a la carte. There’re a few seats at the counter, but it’s probably safer to expect to chow down on your treat just the way street food is meant to be eaten — in a few big bites while lingering on the pavement.