Get into the Festive Spirit With these Christmas Books 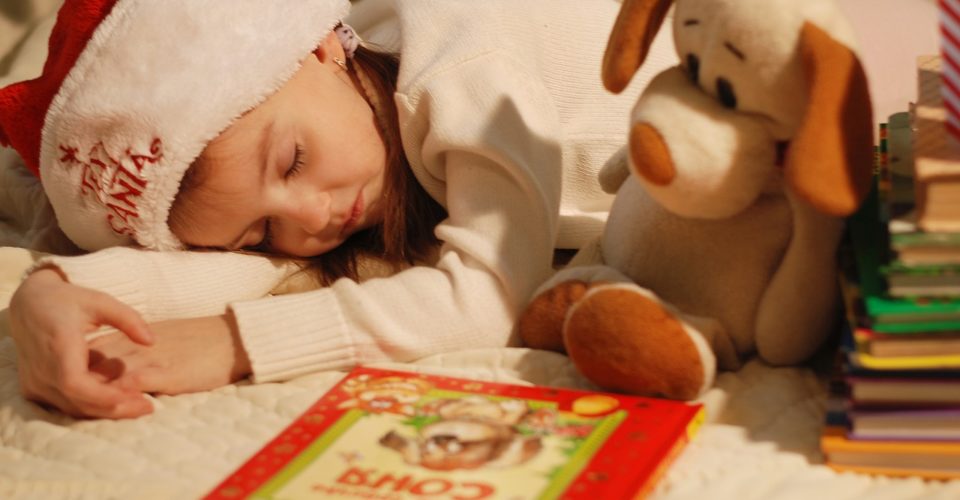 If you’re of a bookish bent, you might want to check out these Christmas books to get you in the festive spirit. From classic stories and fairy tales, to war truths and reality checks, these books will give you Christmas feels every which way.

From the creator of “The Lord of the Rings” comes this delightful collection of letters (read: short stories) from Santa himself. Ever year, Tolkien would write a letter to his kids that was purportedly from Father Christmas and would detail his experiences from the year gone by. Expect the unexpected from the guy who wrote “The Hobbit” — the letters cover everything from accident-prone polar bears to goblin wars.

The Gift of the Magi — O. Henry

You probably know the story, even if you don’t remember the name. In this popular Christmas tale, a young husband and wife sacrifice to buy each other holiday gifts — with ironic consequences. A sweet tale about how love inspires true altruism.

There’s no Holly Golightly or grizzly murders here, but the author of “Breakfast at Tiffany’s” and “In Cold Blood” brings his trademark wit and incisive insights to this collection of autobiographical, Christmas-themed stories. Consider this an intellectual musing on life, love, and the holidays.

The Nutcracker and the Mouse King — E.T.A. Hoffmann

Bet you didn’t know that this popular ballet actually began life as a book. Written in 1816 — in German, originally — this tale sees a tin soldier come to life, defeat the Mouse King (changed to the Rat King in the ballet, probably for more villainous appeal) and whisk the main character of Marie Stahlbaum away. Cue Tchaikovsky’s amazing score for the ballet on Spotify in the background while you’re reading for maximum Christmas cheer

Unless you’re a history buff, you probably don’t know that in 1914, during World War One, soldiers on the battlefield called a spontaneous truce and spent the holidays joking, laughing, playing football, and generally carousing as the rest of us do during the silly season. In this intriguing story, Weintraub delves into the details of how Christmas inspired a temporary cessation in hostilities. A first edition of The Christmas Carol. Photo: WikiCommons

Written in 1843, this classic holiday tale has endured for over 150 years because of its well-taught lessons on love and life. Using many details from Dickens’ own life, the story follows Ebenezer Scrooge as three ghosts take him through a journey of his Christmases past, present, and future and show him what could be if he doesn’t change his Grinch-like ways.

The Elves and the Shoemaker — The Brother Grimm

A classic fairytale by the Brothers Grimm, who were also responsible for popular children’s stories like “Rapunzel” and “Hansel and Gretel.” A shoemaker comes into his shop one morning to find a beautiful pair of shoes ready and waiting. He sets out to find out who is responsible, with surprising — and heartwarming — consequences.

Another fairytale, this one from the Danish author who wrote tales like “The Little Mermaid” and “The Ugly Duckling.” A tin soldier falls irrevocably in love with a paper ballerina. Spoiler alert: the ending’s tragic, but it’s still a beautiful read.

In the grand tradition of famous authors writing specifically for their kids, America’s Mark Twain took a break from writing about adventurous boys (anyone else remember Tom Sawyer and Huckleberry Finn) to pen a letter from Santa to his three-year-old daughter. Luckily for us, the letter endures and we can enjoy Twain’s wordy genius.

What Christmas is as We Grow Older — Charles Dickens

It’s another Dickens book, but then is it really Christmas without at least one of his works? With the massive commercialization of Christmas — think street decor, presents, movies, and meals — it’s easy to forget the meaning behind the holiday. In this long essay, England’s most popular Victorian writer does exactly what it says in the title. He reminds us of what Christmas really means, and how we should think about it as we grow older.

The Adventure of the Blue Carbuncle — Sir Arthur Conan Doyle

In the seventh story in “The Adventures of Sherlock Holmes” series, a priceless jewel gets stolen and the deer stalker-sporting detective and his sidekick, Watson, get called in to investigate.

Another Christmas crime novel, this one by the queen of mysteries. Christie’s moustachioed Belgian detective investigates a crime at a family estate. Murder and false identities in a bucolic English setting? Sounds like Christmas, right?!