From street names like Wan King Path to Rednaxela Terrace, Hong Kong’s teeming with quirky misnomers. We’ve dug up a little history to explain how these street names came to be.

This one is pretty well-documented: It is said that the street is originally named Alexander Terrace, but because Chinese is usually read from left to right, a Chinese clerk spelled it backwards when registering the name. Have trouble pronouncing it? Take a cue from its Chinese name (列拿士地臺, leet nah see day toy) and read it phonetically. 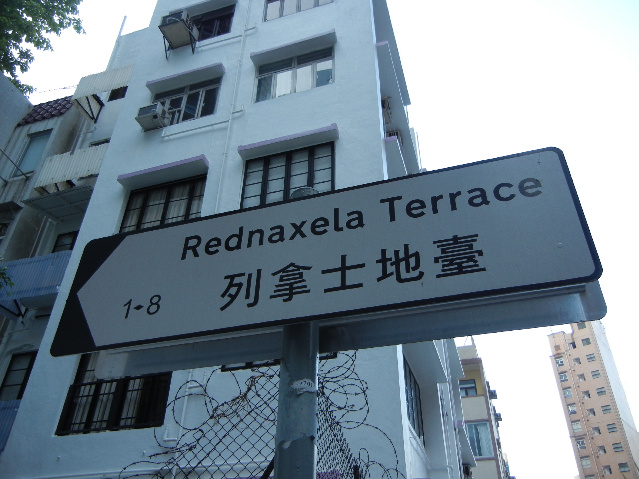 Mong Kok’s busiest street that’s named after a… vegetable? In Chinese, sai yeung choi (西洋菜) refers to watercress, a leafy green commonly used in Cantonese soups and drinks. So how’d the name come to be? It turns out that back in 1924, when the street was still part of Mong Kok Tsuen (芒角村) village, the area was full of watercress fields. Take a look around now and it’s hard to believe — the street name is probably the only reminder of Mong Kok’s leafy history. 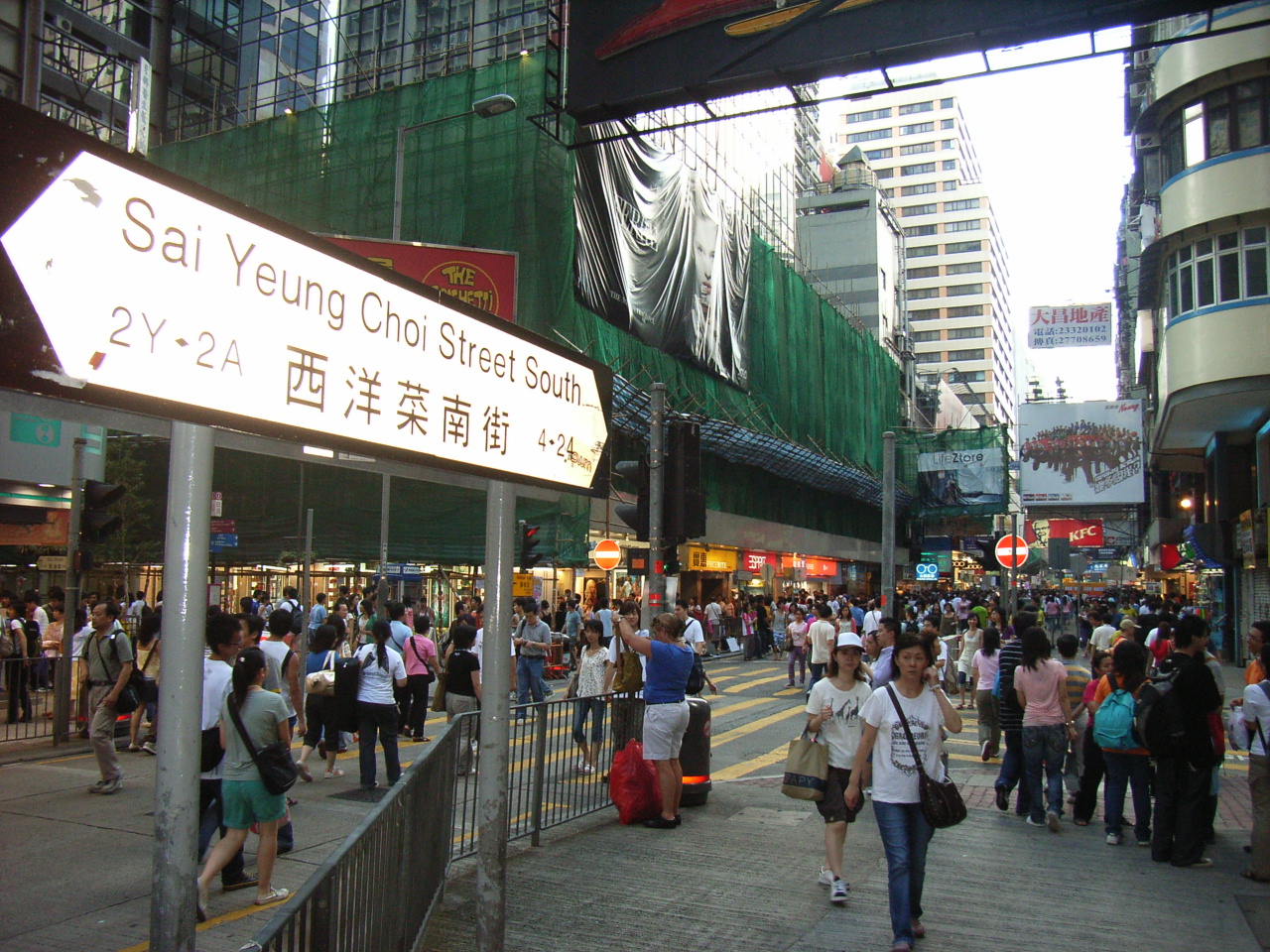 You might assume High Street is named for its steep incline, but the real reason for the name is that Chinese are superstitious. The street was originally named ‘Fourth Street’ in line with First, Second, and Third streets below it, but because the word ‘four’ in Cantonese sounds like the word ‘death’, people petitioned the government for a name change.

This street name is internationally famous for a reason. Cue giggles. In Chinese, the name is very innocuous, literally meaning Bayview Street. Unfortunately (or deliberately?), the British government translated this phonetically to Wan King Path. Even after the government set up a board to correct inaccurate street name translations, they didn’t change this one. The wankers!

It might seem like a mature life decision to move to ‘Healthy Street’, but don’t get too excited. Sadly, the street name has nothing to do with wellness. The trio of streets is actually named after North Point’s Healthy Village subsidized housing estate. Most government housing estates, as you’ll notice, have very positive and auspicious names — Pokfulam’s Wah Fu Estate, for example, means glamor (華, Wah) and wealth (福, fu).

Even though Chai Wan Kok Street says “Chai Wan,” it’s actually located at the OPPOSITE side of Hong Kong, in Tsuen Wan. Is this a prank to mislead people? Not exactly! The street name, which literally means ‘chai wan corner,’ referred to the edge of the Tsuen Wan bay. The area was later reclaimed and now houses the Tsuen Wan Industrial Centre.

Where’s the water on Water Street? Apparently, back in the day, the street used to have a nullah (a concrete-lined channel) in the middle of the street carrying water from the mountains directly to the harbor. The channel was later covered, and Water Street became a hub for food vendors, vegetable vendors and shops.


Tags:  Culture Hong Kong Heritage Hong Kong History Hong Kong Streets Street Names
Copyright Man Mo Media Limited. All rights reserved.
Back to top
We use cookies to ensure that we give you the best experience on our website. If you continue to use this site we will assume that you are happy with it.OkPrivacy policy