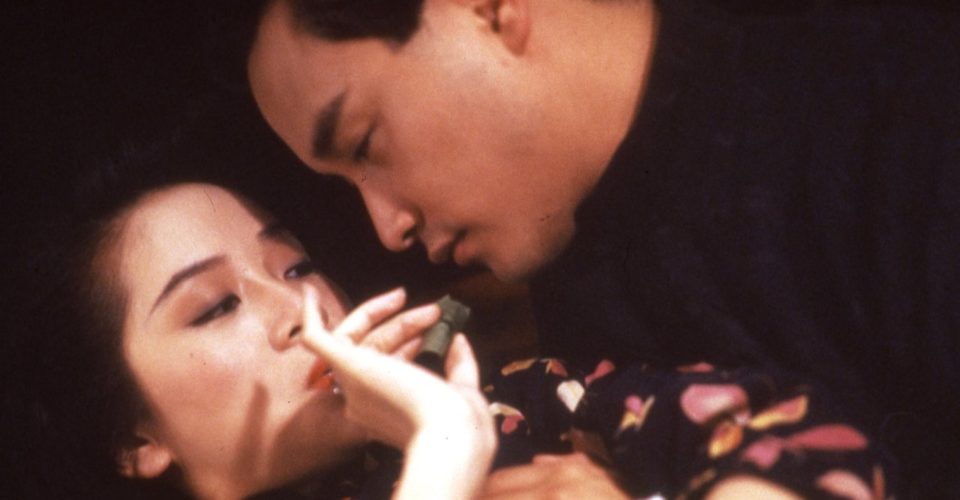 Did you know that the Hong Kong motion picture industry was once one of the biggest in the world? Not only does Hong Kong cinema play an important part in the culture of Chinese-speaking communities, it also holds major influence worldwide. Renowned for action films, Hong Kong’s comedies, romances and dramas also hold their own. From iconic rom-coms to action-packed crime thrillers, check out these classic Hong Kong films. 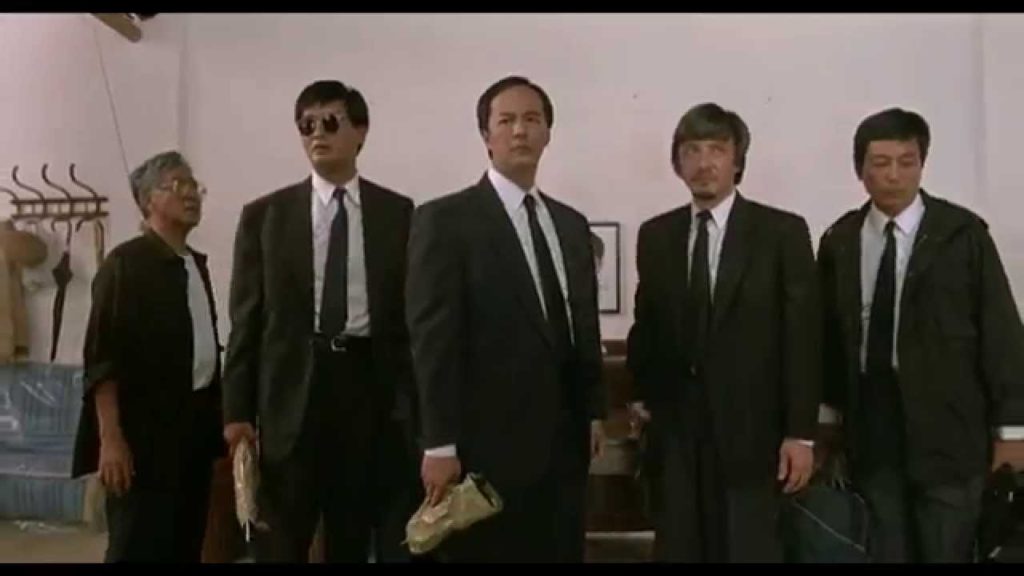 “A Better Tomorrow” was a game-changer. The action-packed flick had a huge impact on the local film industry, paving the way for Hong Kong crime movies to come. It also made supporting actor Chow Yun-fat a superstar. The film stars Ti Lung as triad member Sung Tse-ho, who, along with Chow’s Mark Lee, were both in charge of distributing counterfeit bills. Tse-ho keeps his work a secret from brother Kit (Leslie Cheung), who’s training to be a cop. A deal gone wrong in Taiwan means Tse-ho and apprentice Shing (Waise Lee) end up on the run. Taiwanese gangsters kidnap Tse-ho’s father to ensure Tse-ho’s silence should he be captured by law enforcement. The father is eventually killed; Kit finds out the truth, blaming Tse-ho and vowing to arrest him. Meanwhile, during a gunfight with Taiwanese gangsters, Mark is shot in the leg and becomes crippled, losing his status within the triad society. To give you an idea of just how influential “A Better Tomorrow” was, trench coats — which Mark is pictured wearing in the film — became colloquially known as Mark Gor lau (“Brother Mark’s coat”) in Cantonese. It won a Hong Kong Film Award for best film and continues to influence filmmakers to this day. 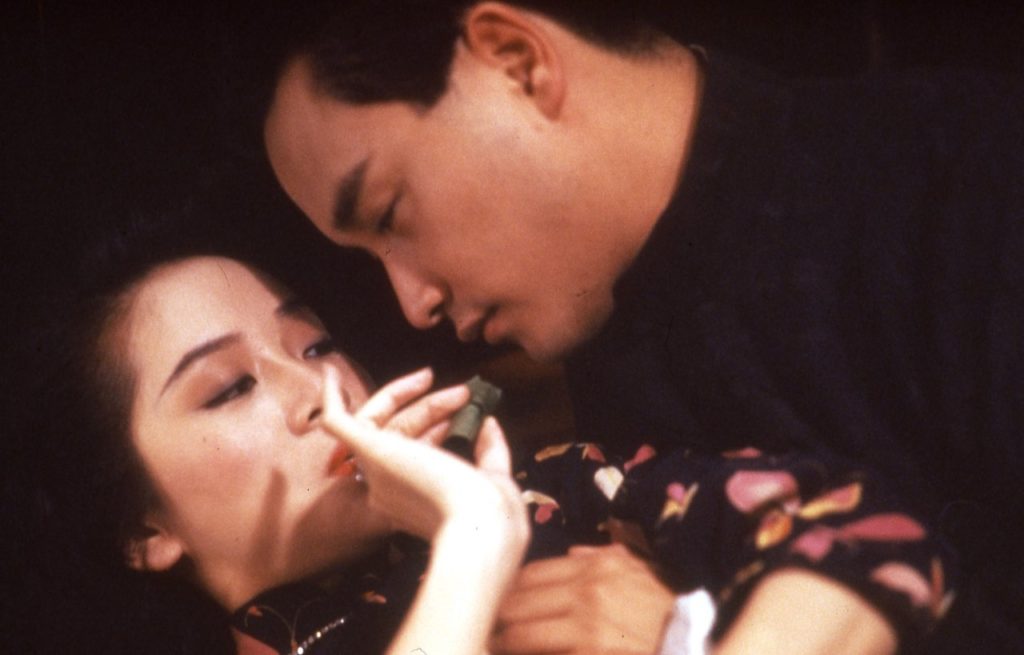 Set in the 1940s, “Rouge” is a tale of star-crossed lovers. Leslie Cheung plays man-about-town Chan Chen-pang, known as the “12th master”, who meets courtesan Fleur, portrayed by Anita Mui. The two fall in love — but with their relationship forbidden by their families, they commit suicide in order to be together in the afterlife. Chan survives the suicide attempt, while Fleur does not. After 50 years, her spirit returns to earth and finds him an elderly man, begging her for forgiveness. “Rouge” became all the more poignant 16 years later, when the leading actors both lost their lives in tragic circumstances. The film won three Hong Kong Film Awards, including best picture, among other accolades at film festivals across the world.

Fight Back to School 逃學威龍 Fight Back to School

Who doesn’t love Stephen Chow? The actor/director/producer cemented his reputation as the king of slapstick comedies with “Fight Back to School”, in which he plays Star Chow, a cop under the Royal Hong Kong Police’s Special Duties Unit. In order to retrieve a missing revolver, Star goes undercover as a student at a high school, with aging detective Uncle Tat (Ng Man-tat) as his accomplice. Hilarity ensues as Star, who gets into all kinds of trouble at school, tries to run away — although his crush on Miss Ho (Sharla Cheung Man) means he ends up staying, while busting gangs along the way. The film was nominated for four Hong Kong Film Awards, while its popularity sprung several sequels. 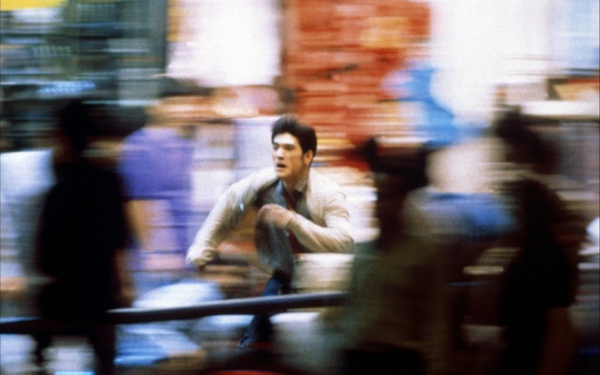 Wong Kar-wai’s critically acclaimed 1994 film “Chungking Express” is an intricate tale of five characters in two stories told in sequence. Takeshi Kaneshiro portrays a policeman who, obsessed with a former lover, meets a drug smuggler (Brigitte Lin). On the other hand, Tony Leung Chiu-wai plays another cop who meets snack bar worker (Faye Wong), while mourning the end of his relationship with an ex-girlfriend (Valerie Chow). With Chungking Mansions in TST and the Central–Mid-Levels Escalator serving as backdrops for the drama, the film features stunning cinematography by Christopher Doyle. The film won Leung the best actor gong at both the Golden Horse Awards and Hong Kong Film Awards while also picking up a further three awards at the latter. “Comrades: Almost a Love Story” pays tribute to the late, great Taiwanese singer Teresa Teng with a bittersweet tale of two Mainland Chinese immigrants who meet in Hong Kong. Leon Lai and Maggie Cheung play Li Xiao-jun and Li Qiao, who come from northern China and Guangzhou respectively. Xiao-jun is naive and idealistic, while Qiao is an opportunist who’s looking to make a quick buck. The two are united by their love of Teng’s music, although their different goals prevent them from ending up together — Xiao-jun eventually marries his fiance from home while Qiao runs her own business and also gets together with triad boss Ouyang Bao (Eric Tsang). Many twists and turns later, the two both end up in New York City. The film’s Chinese title, Tian Mi Mi (“very sweet”), is the name of a song by Teng, who passed away a year before the film was made. Comrades won nine Hong Kong Film Awards as well as two Golden Horses, and made frequent appearances on best-of lists. 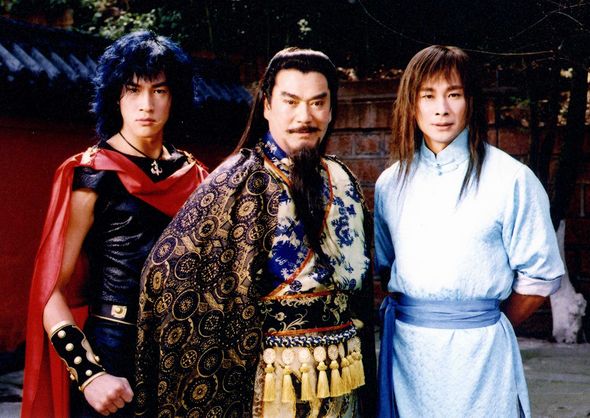 Wuxia fantasy film “The Storm Riders” is based on the seminal graphic novel series “Fung Wan” (literally: “wind and cloud”), created by artist Ma Wing-shing. Directed by Andrew Lau, the film stars Ekin Cheng and Aaron Kwok as the titular Wind and Cloud, two warriors who are recruited by the evil conqueror (Sonny Chiba) after he receives a prophecy that the two would be the key to him realizing his destiny in the first half of his life. A decade later, the conqueror’s clan becomes a dominating power in the wuxia world with help from Wind and Cloud — but he is aware that the second half of his destiny is still unknown. After finding out his destiny, the conqueror attempts to change his fate by manipulating the two warriors using his daughter, Charity (Kristy Yang). The film picked up eight awards across Asia and the film also has two sequels.

In the Mood for Love 花樣年華 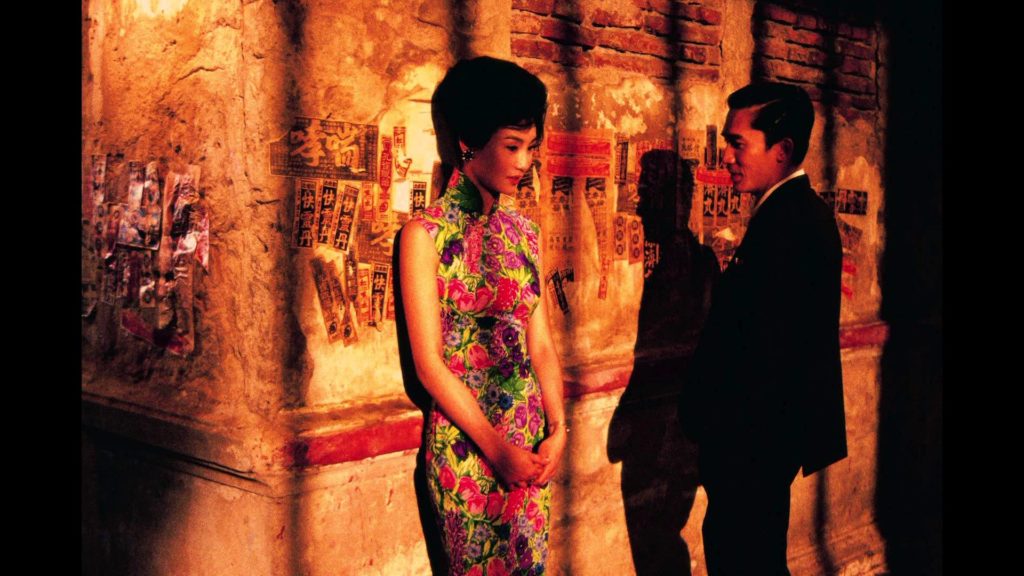 In the Mood for Love

Legendary director Wong Kar-wai’s 2000 tale “In the Mood for Love” stars Tony Leung Chiu-wai as journalist Chow Mo-wan and Maggie Cheung as secretary Su Li-zhen, two lonely souls who move into an apartment building on the same day in the 1960s. With busy spouses who are often absent, Chow and Su begin to meet during chance encounters and develop a subtle connection between them — especially when they both suspect their spouses are having an affair with each other. This powerful story of restrained passion is aided by the visually stunning set design as well as intricate costumes worn by Su, who appears in a different cheongsam in every scene. In the Mood for Love won a whopping 20 awards worldwide, while it was also nominated for the prestigious Palme d’Or at the 2000 Cannes Film Festival. The first of the “Infernal Affairs” crime thriller trilogy is one of the most critically acclaimed films of the noughties. Featuring a star-studded ensemble cast, the complex drama stars Andy Lau as Lau Kin-ming, a triad member who penetrates the Hong Kong Police Force, and Tony Leung Chiu-wai as Chan Wing-yan, an undercover policeman who joins the triads. The two find themselves in a tangled web where they must each protect their own identity, while finding information on their rival. A scene where the two leads come face to face on a rooftop has since become one of the most iconic in Hong Kong cinema. The best-selling film in Hong Kong in the year of its release, Infernal Affairs serves as inspiration behind a Hollywood remake — Martin Scorsese’s Oscar-winning 2006 blockbuster “The Departed.”

Year of Release: 2005
Director: Johnnie To

In many ways, triad movies are the bread and butter of Hong Kong cinema. Prolific director Johnnie To, known for his crime action films, is in top form in “Election”, which explores the power struggle in the 50,000-strong triad Wo Shing Society as it elects a new chairman. Lok (Simon Yam) and Big D (Tony Leung Ka-fai) are up against each other in the race, each working in their own ways to gain the vote of Wo Shing Society’s elderly members. It’s a fast-paced drama that features street brawls and car chases as well as a particularly gruesome scene that sees Big D caging two elderly triad members and rolling them downhill. The film won big during the Asian awards season and spawned an excellent sequel, “Election 2” (2006), which chronicles the next generation of triad elections in Wo Shing Society.

Can’t get enough of Hong Kong culture? Check this out.


Tags:  Actors Award-Winning Cantonese Movies Classics Hong Kong Classics Hong Kong Movies Movies
Copyright Man Mo Media Limited. All rights reserved.
Back to top
We use cookies to ensure that we give you the best experience on our website. If you continue to use this site we will assume that you are happy with it.OkPrivacy policy