What It’s Like to be Intersex in Hong Kong 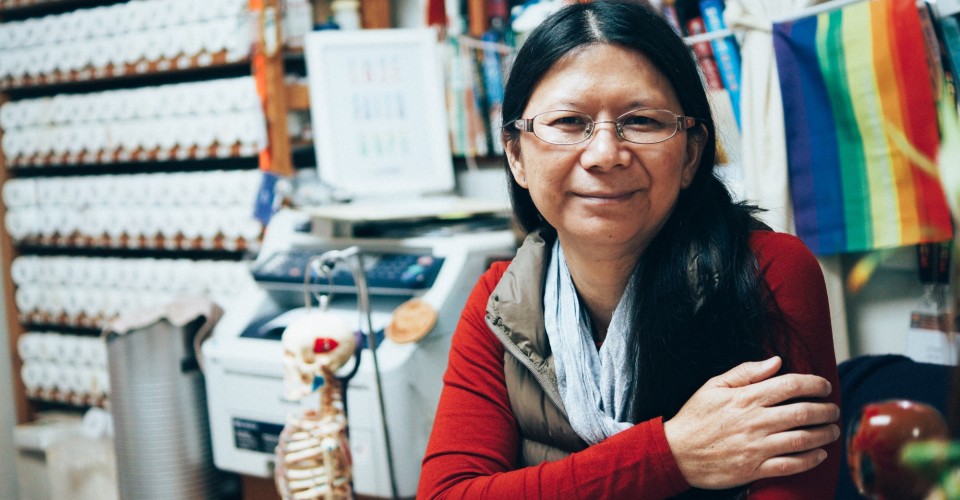 In response to Legislative Council member Emily Lau’s inquiries on the rights of intersex people in Hong Kong, the Secretary for Food and Health revealed that the Immigration Department does not maintain statistics on intersex individuals (those born with ambiguous genitalia) in Hong Kong, nor does the Hospital Authority maintain a database.

Some believe that the lack of awareness and accommodation for the group’s needs, has resulted in to misunderstanding and discrimination of the intersex community. Dr. Small Luk, the founder of Beyond Boundaries — Knowing and Concerns Intersex, talks to The Loop about her concerns.

Dr. Small Luk is an intersex activist, clinical hypnotherapist, social worker and traditional Chinese medicine practitioner, who founded Beyond Boundaries — Knowing and Concerns Intersex in 2011. When Luk was born in Hong Kong in the 1960s, doctors could not determine whether she was a boy or a girl. Luk was labeled male on her birth certificate and was raised as a boy.

Luk went through traumatic experiences in childhood — she was bullied for being unable to stand while urinating because she lacked the anatomy to do so. At 8 years old, doctors told her they could surgically fix her genitalia. Luk underwent over 20 surgeries to construct a urethra, which were not successful and led to two suicide attempts.

Later on, Luk was diagnosed with androgen insensitivity syndrome, meaning that even though she was genetically male, she was resistant to male sex hormones. Doctors also discovered that Luk had underdeveloped female reproductive organs. At 36, she eventually underwent surgery to remove her male genitalia and now lives legally as a woman.

5 things you need to know, according to Luk

1. There are far more intersex individuals than people think

Most people would be surprised to hear of the percentage of intersex people who exist. Globally speaking, there about 1 out of 1,000 children is born intersex. It is a very shocking number, which not many people are aware of — even within the medical field. According to the Hospital Authority, there are 20 intersex babies born every year in Hong Kong on average. That is not a low number and is worth paying attention to.

There are a lot of children who, like me, had surgeries without being able to consent to them. Many of these surgeries are not necessary, done purely to satisfy the parents’ wishes. Families should not treat the child as if they have a disability.

With some intersex individuals, their faces and bodies might be very similar to others of the same sex, and if they weren’t to say anything, perhaps no one would notice. In an instance like that, there is no need to perform surgery.

It is important for the family and the school to work together on providing a safe environment for the child to grow up in. We want society to realize that we have to let children born intersex to grow up healthily, and allow them to make their own decisions [regarding the surgery] after they reach adulthood.

3. A lack of awareness gives rise to discrimination

The lack of knowledge about intersex individuals is a very serious issue in Hong Kong. Some people also confuse us with transsexuals. The government needs to have a stronger system in place to educate people. There are men, women, and the intersex. We should not be ignored. If people have an understanding of what we are, then discrimination will be lessened.

4. The preference for sons in old-fashioned Chinese families is part of the problem

This surgery, in comparison, is much more difficult, with a far higher failure rate. It is already an unnecessary pain for the child to undergo an operation — and the pain increases with such a difficult surgery.

5. The government needs to step up

The government should already have information on the number of children who were born intersex, and how many of them underwent so-called treatment for it. It has not dealt with this information properly. It is difficult for us [as an organization] to carry out any planning without this information available

I want Hong Kong people to understand that intersex people are part of the community. When our citizens can recognize the existence of the intersex in a positive manner, it would render any anti-discrimination laws unnecessary. It would be an important milestone for the intersex.

I am not sure if this is something that can happen in the next 10 years, but I hope for children born intersex to grow up and be able to choose to live as the sex that they want to be.