Ice cream parlor-slash-bakery Munchies has just about everything to satisfy those with a sweet tooth: think ice cream sandwiches, donuts and cookies. Best part? You can indulge in these sweet treats (relatively) guilt-free — Munchies’ goods are all made using organic and natural ingredients. Ice cream varieties include “green crack”, made with Japanese matcha powder and “haze heaven”, made with Earl Grey tea leaves — as well as a whole bunch of special flavors that change regularly. Since hitting our shores last year, American-born Emack and Bolio’s has garnered a rabid following – and for good reason. The parlor will basically feed any sugar rush with its frozen yogurts, sorbets, smoothies, milkshakes, chocolates, and ice cream cakes. But really, it’s all about the ice cream cones. Start with a candied cone – think rice krispies, Froot Loops, Coco Puffs, sprinkles or cereal; choose from 30 offbeat ice cream flavors like Cake Batter, Mud Pie, and Peanut Butter Oreo; and if that won’t satisfy your sweet tooth, finish your heaping cone with toppings like sprinkles, Oreo crunch, gummy bears, or Reese’s Pieces. 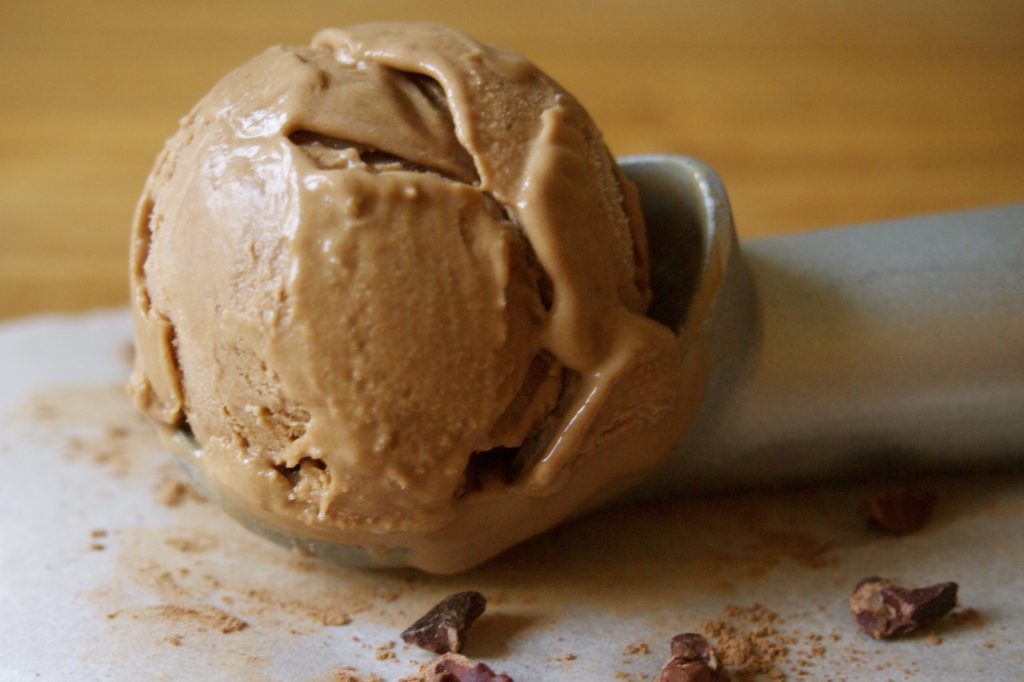 Food intolerances are a pain, but the locally produced, plant-based ice creams at Happy Cow mean even the most allergy-plagued of us can indulge in sweet treats. Just as creamy as the milk-heavy originals but made from natural ingredients, ice creams here are dairy-free, gluten-free, low glycemic, and vegan. Pick your poison from creative flavors like salted caramel swirl, chai tea, and lime and coconut.

Bringing a bit of Spanish flair to Harbour City, founder Muse Lung pairs soft serve with perfectly crispy churros. The sugar-coated, deep-fried Mexican dough sticks are the perfect foil for any of the six ice cream flavors on offer. Go next-level with your pick of churro coating – the cinnamon balances nicely against all that sugar.

Ice cream doesn’t get more hi-tech than Lab Made’s, where your dessert is frozen with liquid nitrogen before your very eyes. With a constantly rotating smorgasbord of flavors you never know what you’ll get here, but think unconventional options like Hong Kong-style custard bun, mango coconut sticky rice, or Ribena lemon Greek yogurt. Not enough annual leave to fly to Italy for gelato this summer? No worries, the slow-churned, artisan Italian gelato at 2/3 Dolci is as close as you’ll get without flying to the Eternal City. You could go for serious flavors like 83 percent dark chocolate, bourbon or caffe latte, or you could go the whole Italian hog with the Chocoholic dessert cup: chocolate gelato, chocolate chip cookies, and crunchy egg white croutons. With 11 locations all over Hong Kong, you’re never far from a Holly Brown café. The gelato here is made daily with real fruit and natural ingredients imported from Italy, and available in a range of flavors like chocolate fudge, wild berry and coffee. You can enjoy your treat in a cup, served in a waffle cone, or dished up on a hunk of Danish bread – and finished off with your choice of toppings.

The honeycomb soft-serve craze made its way from Korea over to Hong Kong around two years ago — and it looks like the trend is here to stay. Check out Honey Creme, which serves up drool-worthy, Instagram-friendly creations. Using ingredients imported from Korea, the soft-serve ice cream is paired with chunks of honeycomb (natch). That’s just the original flavor, though — other options include the espresso-based affogato; cotton candy; organic mixed grains; and chocolate beans, just to name a few. Wan Chai’s Oddies Foodies whips up the perfect global dessert by combining low-fat Italian gelato with Hong Kong’s street-made egg waffles. You’ll probably wait a little – this is a cozy standalone takeaway, after all – but the decadent concoctions of melt-in-your-mouth gelato and hot waffles are worth it. All you need to worry about is what topping to add – crispy meringue, candied chestnut, blackberry compote are just the start.

Dessert mecca Owl’s Choux specializes in gelato with a choux pastry. There are also French-style chouquettes, cakes and pastries and of course, coffee to go down with your sweet treats.