Dishin’ the Dirt: Cardamon Street’s Tiena Sekharan on Her Vision of Indian Cuisine 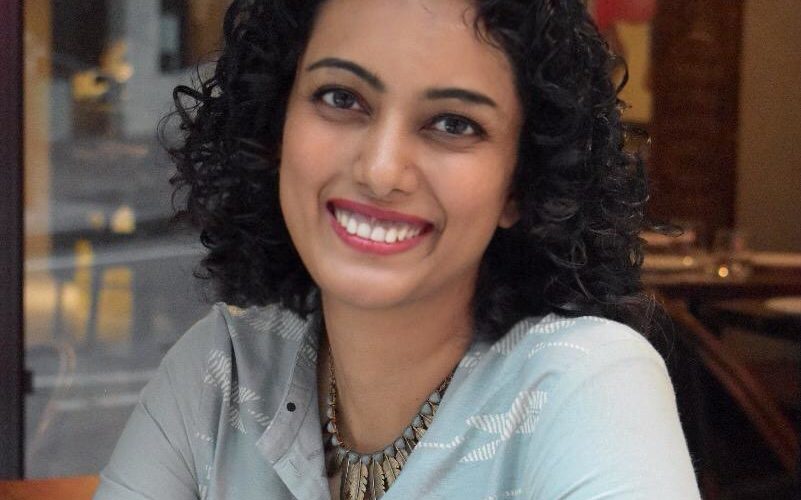 Before venturing into restaurants, Tiena Sekharan spent 10 years working successfully as a banker in Mumbai, New York, and Hong Kong. A stroke of inspiration hit her, however, when she realized she had a passion for Indian food — specifically, altering the common perception that it’s heavy and unhealthy.

We spoke to Sekharan about her career, her inspirations, and what sets her concepts apart.

I’ve been interested in food since I can remember. Food is memories, food is culture, food is nutrition, food is history. There’s a food stamp on almost all important life events. My motivation for getting into food on a commercial level was simply to change the perception of Indian food as being more than just curry and naan.

What made you decide to become a restaurateur?

While in my banking job, it would annoy me that whenever I suggested ordering Indian food, my suggestion was politely turned down based on the excuse that Indian food is heavy and would put everyone to sleep post-lunch. When I was toying with the idea of starting my own business, I thought to myself that Indian food is something that I’m passionate about and there’s huge scope for innovation in this space. This is an area that I can make a difference in.

Why is there the common perception that Indian food is unhealthy, in your opinion?

I think it comes down to the confidence that the chef has in their product. In Indian cuisine, it is easy to hide flaws by using excess oil and masalas. Several chefs have succumbed to using this shortcut, giving Indian food a bad name when it comes to nutrition. Genuinely skillful chefs are capable of making Indian food with minimal oil and an ideal amount of spice without compromising on taste.

How did you educate yourself about the F&B business?

I think we vastly over-estimate the importance of formal degrees. The best education is to get your hands dirty and get practical knowledge. I call Masala Train my tuition. It gave me practical knowledge about cooking on a commercial scale, dealing with contractors and licensing offices, marketing, hiring, equipment, et cetera.

What do you think are the most important qualities for a restaurateur?

A restaurateur must remember that the customer has several options and hence their own offering must stand out. First innovate a unique offering and then execute it to perfection. Never take the customer for granted.

What’s one of your favorite dishes?

My favorite dish since forever has been the Indian street food called pani puri [a round, hollow piece of deep fried bread filled with flavored water, chutney, chili, chaat masala spices, and potato, onion or chickpeas]. Even seven year old me was capable of gulping down scores of pani puris much to the astonishment of those around me.

What do you think sets Cardamon Street apart from other Indian restaurants in the city?

The food in Cardamon Street and the excellent reviews we have received must be credited to my executive chef, Nishu Bajaj, who is a 30-year veteran in the industry. Dishes like the lamb quinoa biryani and Indian mezze platter are his creations. Not every restaurant has a chef of his caliber.

You have lived in many different cities. Does this experience inspire your restaurant concepts?

Living in and traveling to several countries opened my eyes to different cuisines and flavors. Every meal, whether street food in Bangkok, a hip restaurant in East Village in New York, or a three-Michelin-starred restaurant in Barcelona, changes you as an individual. Every experience is an inspiration.

I am definitely keen to open more restaurants. They might be branches of Masala Train or Cardamon Street or completely new concepts.