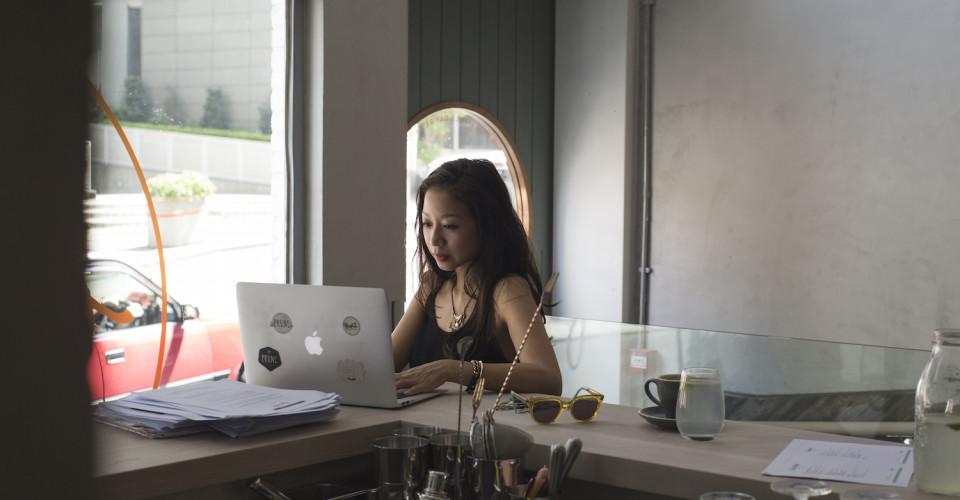 Peggy Chan at it like a boss at Grassroots Pantry.

Chef and restaurateur Peggy Chan recently relocated her popular vegetarian retreat, Grassroots Pantry, from a quiet nook in Sai Ying Pun to busy Hollywood Road. She tells us about the mushrooms her customers keep mistaking for chicken, and the day she pissed off every table at her restaurant.

Peggy was born in Hong Kong, and lived in Canada throughout her childhood and university years. She initially studied fashion, but had a change of heart midway through and enrolled at Le Cordon Bleu instead. She worked her way up the hospitality industry, starting as a waitress at L’Atelier de Joel Robuchon Hong Kong and eventually taking managerial stints at Four Seasons Hong Kong and The Peninsula Tokyo. She opened Grassroots Pantry and Prune Organic Deli on Fuk Sau Lane in Sai Ying Pun in 2011, and has had so much success that expansion to a larger space in Sheung Wan was the only way to go.

How did you become vegetarian?

When I was 16, I stopped eating red meat. Next year was pork, and then a few years later it was chicken and all poultry. And then it was fish and seafood as well. It was a slow kind of transition. It wasn’t like: ‘I’m going to be a vegetarian.’ It was more like: ‘What does my body want?’ And I find myself not even eating [meat]; I don’t crave it.

I also don’t feel good acting on violence, hurting something that’s a living being. That’s just my own philosophy. I don’t plan to push it or preach to anyone else. 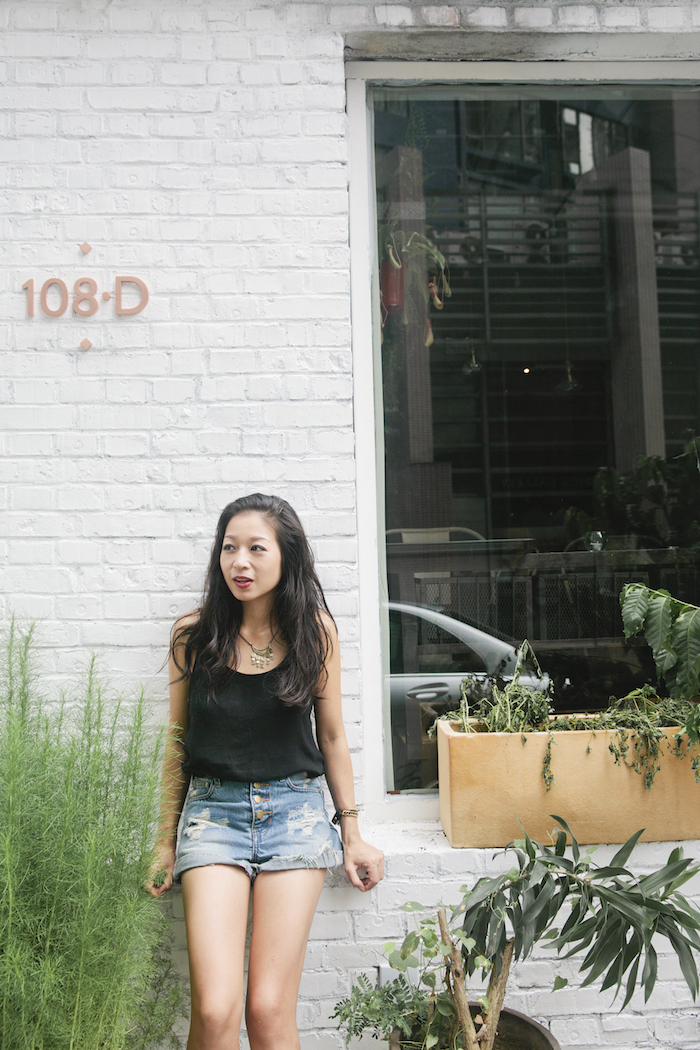 Where do you get your ingredients?

We source from all over the world. When we talk about produce and things we make in Hong Kong, then we source locally: Homegrown Foods have been a great help. Our mushrooms are from Yunnan. Everything is sourced organically.

I don’t like the bias that people have towards Chinese produce. You cannot just generalize and say that food from China is all bad — there are a lot of farmers and a lot of people who are doing things to change [the perception of Chinese goods being low quality], and a lot of that is happening in northwest China, where population density is lower, and things are away from the factories.

Definitely, vegetarian is acceptable now. If you don’t have at least 30 percent of the menu that is vegetarian-friendly, you’re really missing out. You’re not really going with the trend.

What are some of your customer pet peeves?

Any awkward moments on the job?

The other day, there was a lady who wasn’t really happy that she had to return the table — it was Saturday brunch and we were busy as hell. She said under her breath: “Well, your restaurant is not that great anyway.” Then don’t come back. Please, do not come back.

One of the first lunches I did [at the new Sheung Wan location] — and I’ve worked in F&B for 15 years. It was the second day [after our opening] and I was completely understaffed. I had three people on the floor, and the restaurant was full outside. I didn’t have a hostess because I didn’t think we’d need a hostess. People just flocked in, took a seat on their own. I was like, “Where the fuck is everyone?”

I wanted to cry. I swear, every single table was pissed off. I had to free so much stuff. I just have to laugh about it now. We’ve learned. I hope that through your interview, you can please tell our customers that I’m so sorry.

What’s the wisest piece of advice you’ve been given?

I was actually talking to chef Harlan Goldstein, he’s a fan of ours. He’s what he told me:

“They [the customers] don’t understand what is fucking involved to run these restaurants, and the stress and pressure and passion and all that other bullshit. So if I find that they’re being really unreasonable and stuff, I either blacklist them from the restaurant, or I tell them, ‘Sorry I don’t think you’re having a good experience here, please leave and the bill’s on me.’ I used to say, ‘Get the fuck out of here,’ and now I say it with sweeter words because I’m more mature.”

If you could prepare a meal for anyone dead or alive, who would it be?

I think my father. He’s alive, but I rarely get to see him. We’re both always very busy. I’ve never really cooked a full meal for him because he’s a very picky eater, he doesn’t eat the ingredients that I cook with. So to design a meal is gonna be hard. And I like a challenge.

What’s the funniest thing you’ve overheard at your restaurant?
Diners like to assume: Our hedgehog mushroom tastes and has texture like chicken, so a lot of people claim that it’s chicken.