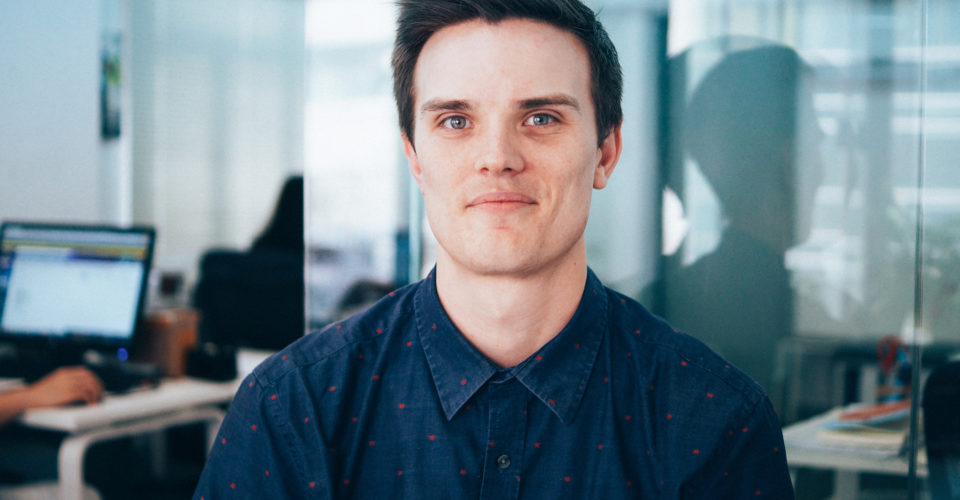 Foreign domestic workers in Hong Kong often fall victim to unscrupulous practices by local employment agencies. They’re charged astronomical illegal placement fees in order to secure employment, and as a result fall into debt bondage. The problem is widespread, and the UN has deemed it to be a form of modern-day slavery.

Scott Stiles, co-founder and general manager of Fair Employment Agency, explains the hardships both domestic workers and employers face in Hong Kong, and what can be done to eradicate the problems.

Fair Employment Agency is a recruitment company that finds work for domestic helpers without any illegal fees or debt bondage involved, while also seeking to align the interests of workers and employers in Hong Kong. Scott Stiles first learned about the problems domestic workers in Hong Kong face when he arrived in the city for an internship as a college student studying finance in 2012. Feeling frustrated by what he saw, he discussed starting an agency with David Bishop, principal lecturer at HKU.

When Stiles went back to college in the US, he wrote up a business plan and presented it to Bishop. The two set up Fair Employment Agency in 2014.

5 things you should know, according to Scott Stiles

People talk about domestic workers being able to pay off the debt they owe their employment agencies in six months. If that were true, it would be wrong — but still better than the actual situation. While domestic workers are working here for that first six months, they still have expenses back home. They put their kids through school, or help their grandparents get health care. They’re taking out more debt, and they end up falling into a cycle of debt bondage.

If we can correct that by letting people take home what they earn, we can have big changes that can impact on people’s lives in ways that are really significant.

2. Agency fees are the root of the problem

One agency told us that between 35 and 40 percent of first-time domestic workers are fired or don’t finish their first contract. There’s no incentive for [agencies] to actually be successful. Agencies that charge the employer and the worker $10,000 would rather have the employer fire the worker, then go back and hire another. This means the agency can charge another worker $10,000.

A recent report called Between a Rock and a Hard Place [conducted by the Progressive Labor Union of Domestic Workers in Hong Kong] found that on average, domestic workers are being charged 25 times above the legal limit in agency fees in Hong Kong. The government needs to enforce the laws regarding agency fees.

3. Neither domestic worker nor employer is being looked out for

Agencies’ incentives are totally misaligned with both their clients: the employers and workers. They haven’t been placing domestic workers in homes on merit, and instead they’ve been doing so on people’s willingness to pay. So when people complain about the quality of applicants, there actually is something to that.

One of the reasons why we decided to set up here, and why we wanted to focus on this problem, is that the laws are in place. Most Hong Kong employers are good people, too. It’s really just them being taken advantage of.

4. Making money is not the be all and end all for domestic workers

There’s a strong belief that domestic workers just want to make more money. Yes, they’re here to do that — but like anybody else, economic principles apply. They’re making a lot more here than they would in their home countries. Therefore, they want to have the best working environment they can. Most of them are actually more focused on being treated with respect.

5. Creating a good relationship with everybody involved will help solve the problem

Employers should understand the economics of why agencies have been providing bad service for so long. Our view is that, as an agency, if we put effort into the matching process and back it up with good service, we create long-term results for workers and employers. We treat clients and workers fairly and transparently. Building up a good following of employers and workers will mean that many of the problems employers complain about will go away as well.

In Hong Kong, I think agencies are going to have to improve their practices. We’re seeing indicators that they’re interested in changing and improving. That’s an exciting thing.

I’m very optimistic overall. I don’t think it takes a huge legislation overhaul [to be able to enforce the laws], and anyhow that’s not a practical solution — the government has other concerns right now.

If we can set new standards and expectations, things can change very quickly.