Alvin Leung: “If you don’t get wiser, you should not get older. You should just die.” 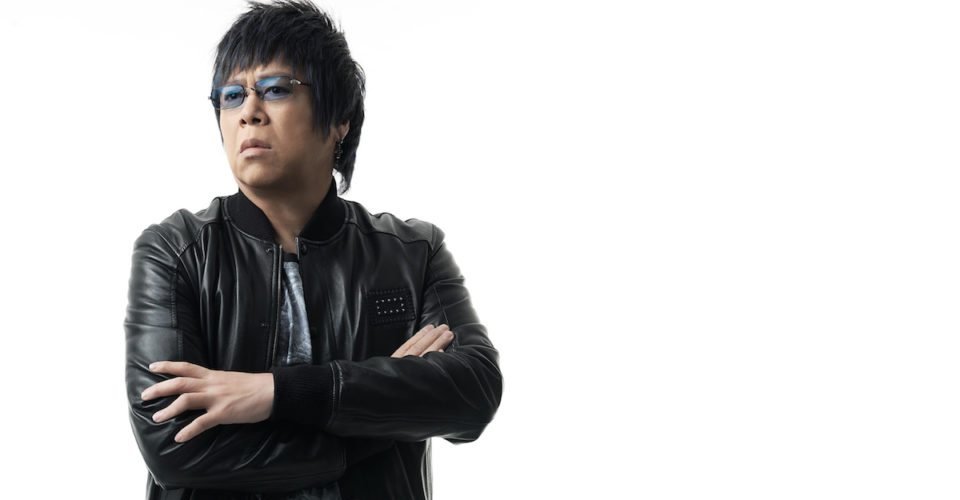 “Demon Chef” Alvin Leung is moving his three-Michelin-starred Bo Innovation to a bigger space down the street this August (where Madam Sixty Ate used to be), while replacing his current space with a Korean bar concept called Bib & Hop later this year. The outsized personality tells us about his moving on from molecular gastronomy and why it’s easy-breezy to be a chef-restaurateur.

Alvin Leung’s lack of formal training didn’t stop him from securing three Michelin stars for his contemporary “Extreme Chinese” restaurant, Bo Innovation, since 2013. He was born in London and grew up in Toronto. The chef-slash-restaurateur studied engineering in school and worked in the family business for years before taking over a friend’s kaiseki restaurant in 2003 and turning it into his own.

The restaurant, Bo, steadily evolved and became popular for its unique take on Chinese cuisine with molecular elements, and eventually caught the Michelin Guide’s attention. Leung himself also developed the “Demon Chef” persona for which he is still known today. He has since replicated his brand in cities around the world, including Toronto, Shanghai, and London, with some projects being more successful than others.

Nowadays, you can also find Leung on TV shows like “MasterChef Canada”, “Wok Stars” and “The Maverick Chef.”

One of the dishes that catapulted you into the spotlight at Bo was your molecular xiaolongbao. I heard you thought about removing it from your menu. Don’t you like it anymore?

You cannot not like things that you created — it’s hard to create something with the frame of mind that you don’t like it. It made me a lot of money but did I sell my soul? No. I’m very surprised it got a lot of attention.

It was one of the first dishes that I had thought of. When I tried all these dishes at El Bulli that was the first thing I had come up with. It’s my first born. I can’t deny that. I’ve since moved on, but apparently people haven’t.

You’ve had an illustrious career. You’ve gotten your three Michelin stars. Have you learned any big lessons along the way?

What I have not learned is to not open more restaurants. Haha. I have not learned that. What I learned was that London was a big failure, [local salad bar] beautifood was a failure. I learned that in order to open a restaurant successfully, you can’t be half-hearted, you have to put a lot of effort into it. It’s like a cake: you can’t take it out of the oven before it’s finished or it’s not gonna work.

Failure is good because you learn a lot from it. You fall down, you pick yourself up, you get a very high sense of satisfaction or achievement. You think: you really must have earned it.

Overall, when you get a bit older, you get wiser. Because if you don’t get wiser, you should not get older. You should just die.

You’ve always had a larger-than-life public persona. Has that persona also evolved?

I’m probably a bit more seasoned now. In terms of the Demon Chef persona, I’ve learned to control it. You go through different phases in your life. I don’t think it’s intelligent to get angry. I was always trying to irritate people, to the point that they were going to shoot me or something. I liked to take things to the extreme. I’ve gone through that, and it doesn’t excite me anymore. You learn to calm down, be more diplomatic with time.

Is it hard being both a chef and a restaurateur?

There’s no hard part. The heart of a restaurant is the kitchen. If a restaurateur doesn’t know how to operate the kitchen, the restaurant will fall. The most important thing is food still. There is nothing difficult about being a restaurateur and chef, I think that’s the best option. You can control the food cost, for one thing.

Do you get a lot of pressure trying to maintain your three Michelin stars?

I don’t feel pressure every single day. When you become arrogant and confident, you’re going to be very sensitive to failure. Will gaining or losing a star affect your business? Of course it’ll affect your business. Will it make or break you? I don’t know about that. Life is full of pressures.

Just like conducting this interview with you: am I saying the right thing, will you take it wrongly? Will you write something bad about me? But it doesn’t matter as long as you write about me. I don’t actually feel the pressure.

Do you still cook often?

In my head, yes. In spirit.