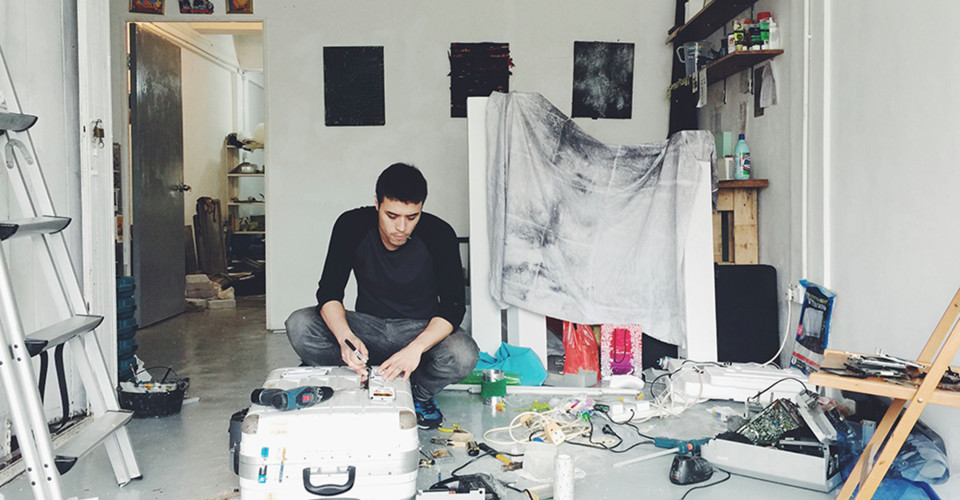 Luk gets to work It’s been a big year for Hong Kong artist Andrew Luk. His debut solo exhibition, “No Fixed Abode,” took place at Videotage in the Cattle Depot Artist Village in early 2015.

He’s been featured in a number of exhibitions, including Off/Grid Tai Kok Tsui Open Studios. The half-Chinese, half-American Hongkonger began pursuing art professionally in 2010, but wasn’t always open about his work.

“For many years I didn’t want to show anything, or tell people I made art,” he says. “Since opening up about my practice, and having worked on collaborative projects, the encouragement has been overwhelming.”

Describing his work as “materially dependent but unspecific,” Luk says his goal is to explore the relationship between a collection of materials and images. Does he have work he’s particularly proud of? “Parents don’t publicly indicate their favorite child.”

“Artists in Hong Kong are, little by little, taking advantage of the lack of infrastructure and creating their own cultural mechanisms. I see my career, as well as the careers of others, starting to take on or participating in mutually beneficial organizational roles.”

His very first job? Luk was a copywriter.