Haley Meng says she has never really “played it safe.” After graduating from college, the Chinese-American worked at the Harvard Kennedy School of Government, researching mass atrocities and human rights abuses.

Afterwards, Meng partook in a fellowship program, Princeton in Asia, that brought her all the way to Hong Kong. She worked as a PR and media relations strategist at boutique agency Hamilton Advisers, followed by her current role in business development programs at PwC.

But besides killing it in the corporate world, Meng has also been working on something much more meaningful in a wider social context. In 2015, she co-founded WE Club, a platform that promotes cross-cultural interactions in Hong Kong, with Guangzhou native Candy Tang.

“It doesn’t really feel like juggling. It feels like working hard, figuring out what the priorities are, and putting down the foundation.”

The idea was born after the founders recognized that the city often creates cultural silos. “People are generally interested in having cross-cultural conversations, but no one had come along to make it easy and fun yet. So we started off with a simple idea: to bring West and East together through engaging, culturally introspective events.” 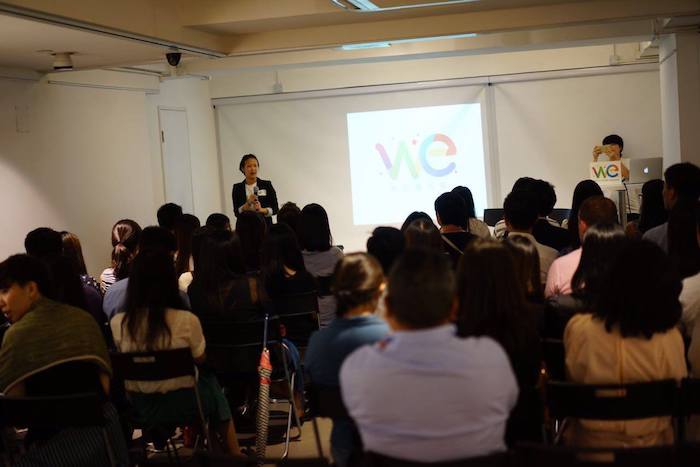 WE Club puts on engaging events every month. There are six different types to choose from, including the WE Eat format, which visits a different restaurant each month to try a new country’s cuisine, where a local guide attends to talk about the food.

In her spare time, Meng is an accomplished swing dancer. She’s currently training a group of dancers for the Hong Kong Swing Festival and also teaches a solo jazz module.

Her very first job? In the backroom at Hollister in the US.