Project manager and creative director for film and marketing, I AM Concepts

Karina Curlewis is a jack of all trades. With extensive experience in PR, marketing and F&B, she also works as a project manager and creative director for film and marketing at I AM Concepts, an all-female creative powerhouse founded by New York-based director Kate March.

Although she studied theater arts as an adolescent, Curlewis’s creative journey isn’t limited to that alone. She started modeling in 2008, which allowed her to work alongside talented photographers and stylists. “It was also a different perspective of performing, learning how to subtly project in front of a camera,” she says.

“I would say my biggest accomplishment has been overcoming challenges that have come my way and converting these experiences into fueling the arts.”

But back to I AM — where did that story begin? “I discovered I AM when I went to support a childhood friend perform in one of their provocative live immersive theater performances, ‘An Evening Of Meats’, in in 2013,” she says. “I was moved by their impactful improvisation methods, combined with a refined dining experience — there was no other performance art like it in Hong Kong.” Curlewis said she knew then that she wanted to be a part of the unique movement. 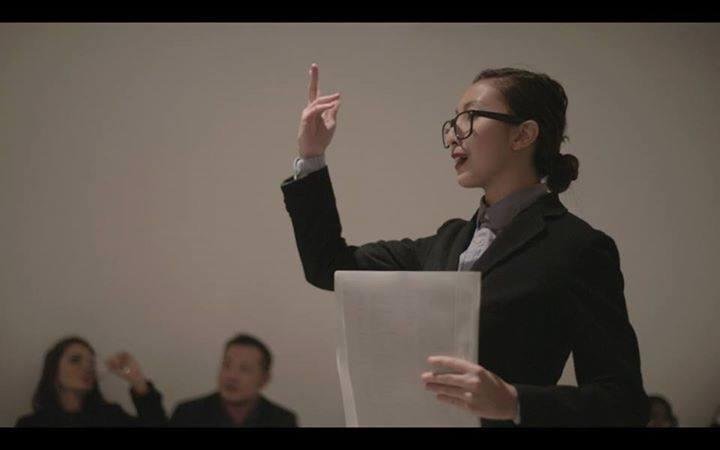 Karina Curlewis during a performance

She has since been part of a variety of remarkable shows, including a presentation with Hong Kong fashion designer Erbert Chong, as well as well-received original performance art piece DUETS, among others.

Her very first job? She worked as a PR & marketing executive at events company Buzz Concepts.