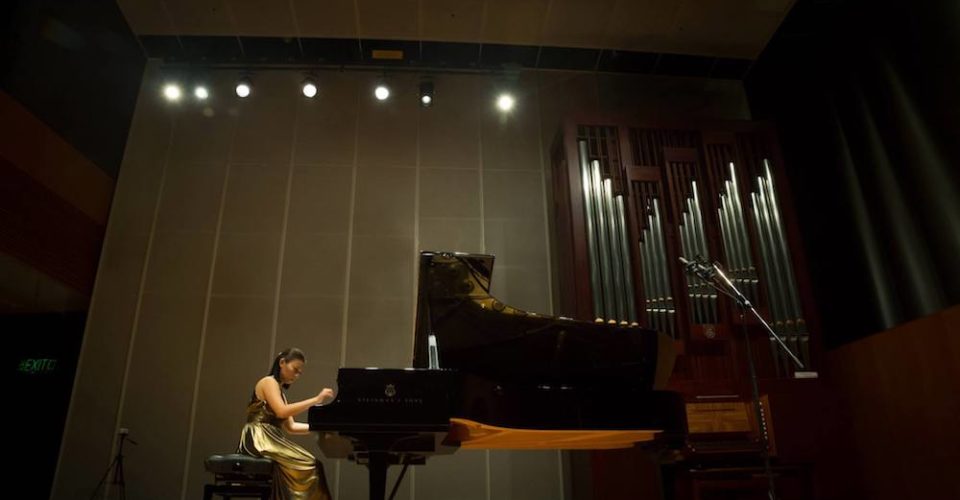 As a classical pianist, Sophia Yan has played everywhere from Carnegie Hall and Lincoln Center to the Château de Fontainebleau, and as a journalist, she has held roles at CNN, Bloomberg and Time Magazine.

“People often remark to me that it seems music and journalism are at opposite ends of the spectrum, but I’ve always thought that they’re just different ways of communicating and telling a story,” says the American Chinese. “It sounds cheesy — but it’s honestly how I feel!”

Yan’s mother, a violinist and teacher, gifted her with a tiny instrument when she was just 3 years old. “It was a 1/16 size violin, which pretty much looks like a toy,” she remembers. Shortly after, Yan turned to the piano, paving the way for the path she took. She has won awards in the International Concert Alliance, the International Young Artist Competition, and the Steinway Society Competitions.

While she has performed at amazing venues across the world, Yan recently began playing in non-traditional venues with hopes of drawing a different crowd. Two years ago, she founded experimental classical chamber ensemble Western District with friend Monica Johnston. “We play a ton of classical music, and put a classical twist on other genres — think an operatic fugue version of Oops, I Did it Again and a Lady Gaga mashup for piano quartet.”

For someone as successful as Yan, what does she consider to be her greatest accomplishment? “Making it from my bed to my first cup of coffee every day. If I can get morning yoga in there somewhere, it’s a win!!”

Her very first job? Nabbing shoppers in a local mall to respond to short surveys.