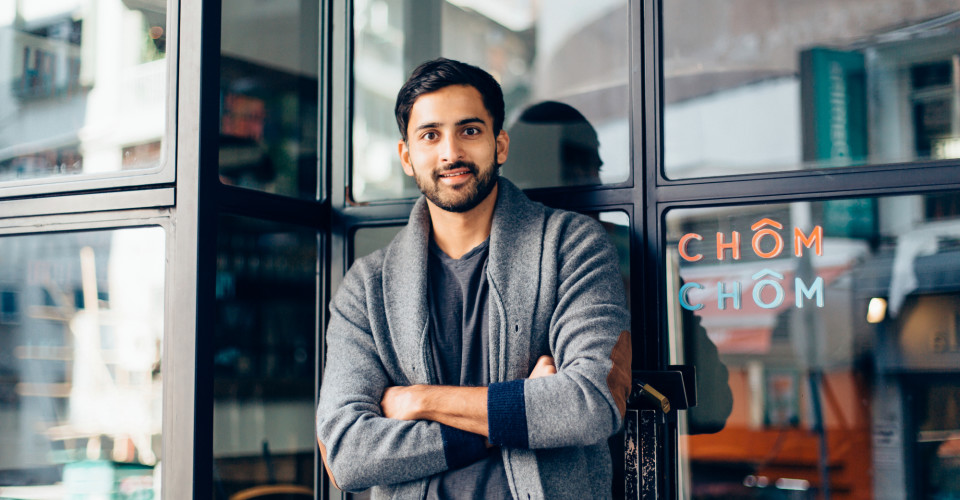 The man behind your favorite restaurants

Hussain’s parents owned a restaurant in Hong Kong and, as a kid, he spent summers running food, polishing cutlery and cleaning floors. “I realize that even while I was carrying out those tedious tasks at 13, I was dreaming about what it would be like to create my own restaurants.”

After a stint working in finance in New York City, Hussain moved back to Hong Kong. Together with business partner Christopher Mark, Hussain established Black Sheep Restaurants in 2012. Since then, the group’s restaurants have taken the city by storm.

“We have guys who joined the team as junior waiters when we started, who are now running venues. I feel the small part I have played in shaping and furthering the careers of my teammates is my big accomplishment.”

His very first job? Working as a back waiter at his parents’ restaurant when he was 13.