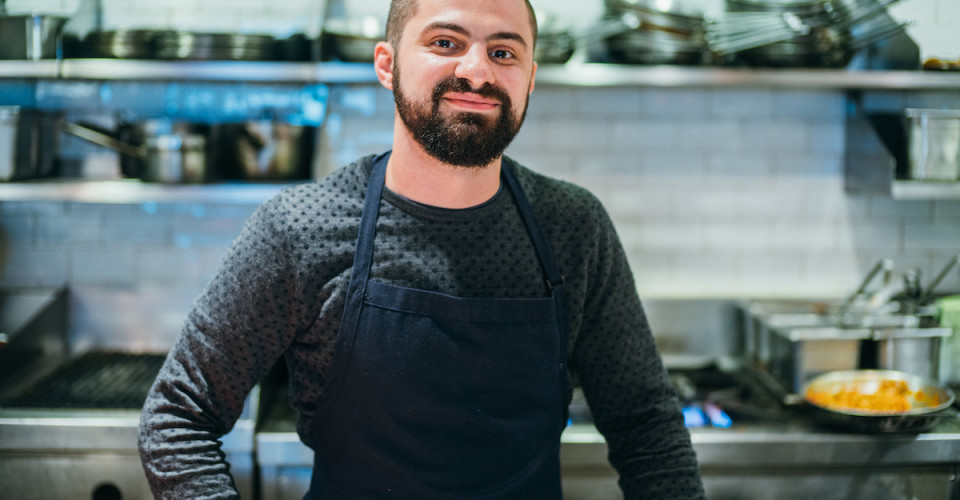 Vinny Lauria is the group chef and partner of local farming advocate Homegrown Foods, which also counts Linguini Fini, Stone Nullah Tavern and Posto Pubblico as part of its expanding portfolio. He tells Adele Wong about his proud Italian-American roots as well as an accident involving an avocado.

Vinny Lauria was born and raised in New Hampshire. Both sets of grandparents had emigrated from Italy, and Lauria grew up a competitive child in a tight-knit family. He excelled at wrestling in high school and was offered a sports scholarship to the culinary-arts-focused Johnson & Wales University in Rhode Island.

After school, he worked his way up the F&B ladder in various American cities until he found his way to Mario Batali’s Babbo, eventually taking the sous-chef slot. He moved to Hong Kong six years ago when he was recruited by restaurateur Yenn Wong’s restaurant 208 Duecento Otto. Today, he is the face of the Homegrown Foods restaurants in Hong Kong, Hanoi and Manila.

You grew up in a family with strong Italian traditions. What were some quirks and perks?

My grandparents just sold the house, but to this day, there’s like the wine press cemented into the cellar floor. You walk down to this room, and I shit you not, there are pickled vegetables from like the 1930s. It’s nuts. But it was really, really cool. That was the way.

My grandparents lived through the Depression. They had to save everything. They came from that background where it’s okay that they harvested all their vegetables and they used what they could, and then pickled the rest and jarred and canned them and that was it.

What was your first foray into cooking?

When I was 6, my grandfather and I were watching this famous Italian lady cook Mary Ann Esposito’s show, and she was making frittata, this Sicilian thing. I was like, ‘Grampy can we make that?’ And he was like, ‘Yeah let’s do it.’ He showed me how to make it and that was the first thing I remember cooking.

What was it like working with Mario Batali at Babbo?

I remember sleepless nights, the amount of pressure was insane. It was such a high-pressure kitchen. You have that, and then the pressure of doing a couple hundred covers at such a high-level Michelin-starred restaurant, and then you have Mario rolling in with Gwyneth Paltrow and Bono at any time.

Any serious accidents on the job?

This first one was really stupid, back in New Hampshire when I was doing two jobs, working in the kitchen of this French restaurant and working on the floor of this Italian restaurant. I had to cut an avocado, and the avocado pit was super-oxidized. Instead of the knife flipping the avocado pit out, it just went straight through. Half my finger was off. That was pretty gnarly, but I went back to work that night. I went and got stitches and then went back to work.

And then at Babbo in my first couple of months there, I wasn’t eating at all. I was super emaciated, there was no time to eat, I was super nervous, super stressed out trying to keep up. Anyway I dropped a piece of fish into the pan wrong, and the hot oil went all the way up my hand, and it burned all my knuckles and it was in the middle of a busy push. My skin blistered, popped and peeled back immediately. And I was kinda like woozy and I went out, and the head chef grabbed me and sat me down on a milk crate. I sat down and basically passed out in front of the whole kitchen crew. It was pretty embarrassing.

Chefs work pretty anti-social hours. How do you manage?

I work with my friends. To be perfectly honest, I have a lot of friends in the restaurant industry.  We go to each other’s restaurants, we drink beer together, we hang out late. And when it comes to it, my best friends here are these guys that I work with every day. My friends that aren’t in the industry, I get to entertain them at the restaurant.