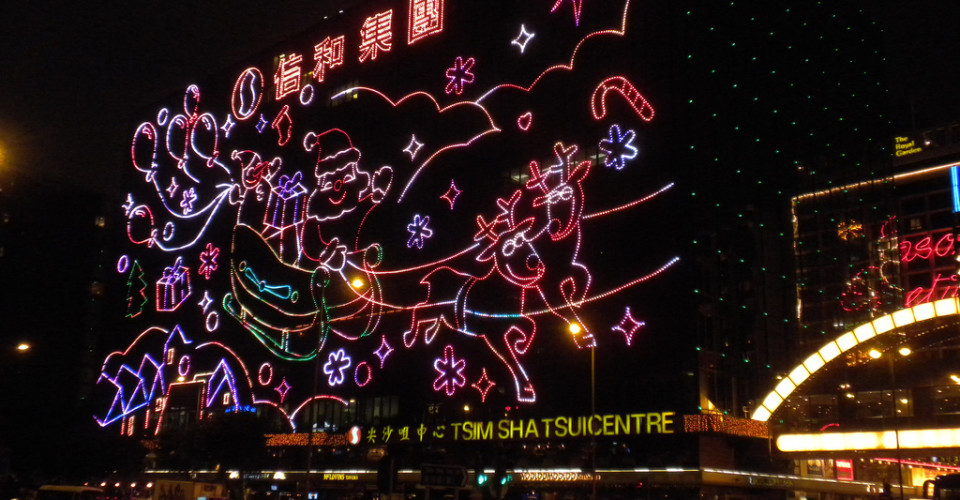 You can thank Britain’s colonial rule of Hong Kong for the elaborate Christmas celebrations across the city today. The British presence in Hong Kong contributed to the rise of Christianity, starting in the mid-1800s when both the first Roman Catholic and Protestant churches were established.

Though primarily a Buddhist and Taoist culture in the past, a large chunk of the Hong Kong population started adopting Christianity. Today, for example, about 12 percent of the population – that’s 854,000 Hongkongers – identifies as Catholic or Protestant, resulting in a bigger following of the holiday.

Up until the 70s, Christmas was pretty much celebrated exclusively by foreigners. A large majority of the Chinese community stuck to Chinese festivals like Chinese New Year, Mid-Autumn and Tuen Ng Festival.

But that started to change in the 1970s when Christmas was designated as a statutory public holiday, not only for government and bank employees, but also for all workers under the Employment Ordinance. Before that, workers only enjoyed six days of paid holidays a year, mostly reserved for Chinese festivals like the Winter Solstice.

Around the same time, a more commercialized Christmas atmosphere gradually started to make an appearance in malls and buildings. The famous festive lights lining the Tsim Sha Tsui side of the harbor emerged in the 70s, attracting millions to see the intricate displays every year.

They were so popular that the police had to close off certain roads to cars so that more people could admire the Christmas lights. A sense of competition for the grandest decorations and tallest Christmas trees followed in the malls, ramping up to the busy and over-the-top Christmas atmosphere we experience in Hong Kong today.