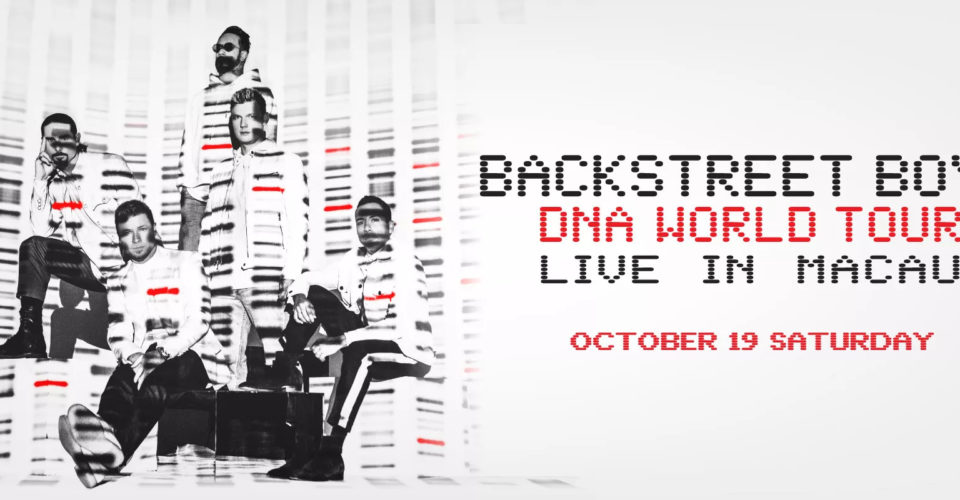 Backstreet’s Back: Relive the boyband heyday of the 90s by catching pop icons Backstreet Boys on their biggest arena tour in 18 years, which is taking them through Europe, North America and Asia. The tour follows the release of their 10th studio album, DNA, which debuted at the top of the charts in January this year. Experience new tracks alongside classics from the group’s 25-plus year career such as “Everybody”, “I Want It That Way” and “Quit Playing Games With My Heart”.

Where? The Venetian Macao.

How to book? Tickets available at Cotai Ticketing.