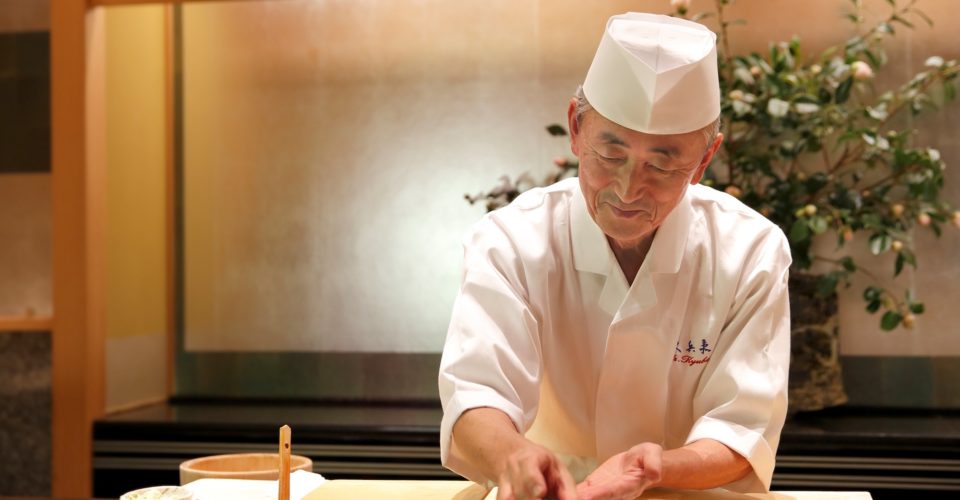 The Real Deal: Revered sushi chef Yosuke Imada, who owns the popular Ginza Kyubey franchise in Japan, is stationing himself at The Ritz-Carlton from now until June 18, to give diners a taste of his Edomae-style creations.

Ginza Kyubey has been open since 1935 by chef Imada’s late father. It is known for its adherance to sushi-making techniques from the 17th- to 19th-century Edo period. Chef Imada is now a Japanese national treasure, having been showered in accolades by the Japanese government. The Ginza Kyubey brand is currently seven-store strong and can even count former US president Barack Obama as a guest.

Lunch and dinner menus are available, and include sushi, sashimi, appetizers and even grilled goods (dinner).

How to book? Call 2263-2270 or email restaurantreservation.hk@ritzcarlton.com

Written by The Loop HK for the Ritz-Carlton.