What’s the History behind PMQ? 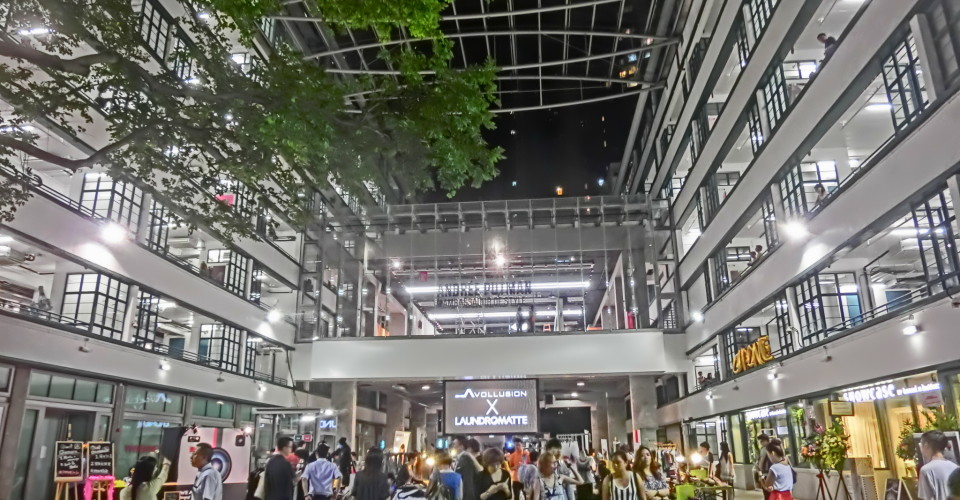 PMQ as we know it today. Photo: Wikipedia Commons

Before it was revitalized into a hub for Hong Kong creatives, PMQ was known as the Hollywood Road Police Married Quarters (hence its current name). Between 1951 and 2000, the site served as the very first dormitory open to junior Chinese police officers.

By providing this staff benefit, the government hoped to boost recruitment among the rapidly expanding Chinese population. Most police officers living in the quarters worked at the nearby Central Police Station, so it was doubly convenient.

Interesting fact: both Hong Kong’s current chief executive CY Leung and former Chief Executive Donald Tsang lived in the police married quarters, since their fathers were both police officers. Architecturally speaking, it’s a great representation of the city’s  post-WWII period buildings, known for being functional and pragmatic without any extraneous decoration.

But that’s not the only history behind the building. The site actually represents another one of Hong Kong’s milestones: it housed the city’s very first public school for upper primary and secondary students from 1884 to 1944.

Many important Hongkongers studied here, from Chinese legendary Sun Yat-sen (he graduated by the time the school moved to the PMQ site, but he did attend the opening ceremony of when the school moved there) to casino tycoon Stanley Ho and businessman Lee Hysan. The Underground Interpretation Area at PMQ, where you can check out the foundation remains of the Central School. Photo: Wikipedia Commons

During the Second World War, however, the building was destroyed, and the school, now known as Queen’s College, moved to its current address in Causeway Bay. That’s about when the site was used to build the police quarters.

Then, after almost 50 years housing policemen and their families, the government announced plans to redevelop the site. Need a statistics to show how slow redevelopment happens in Hong Kong? It took 14 years before PMQ reopened in 2014 as the lifestyle and dining complex we now know today.

Next time you’re there, you can take one of PMQ’s own heritage guided tours to learn more about the place.