Danny Yip (The Chairman): “I told my partner: I’m done with restaurants. I need to earn some real money.” 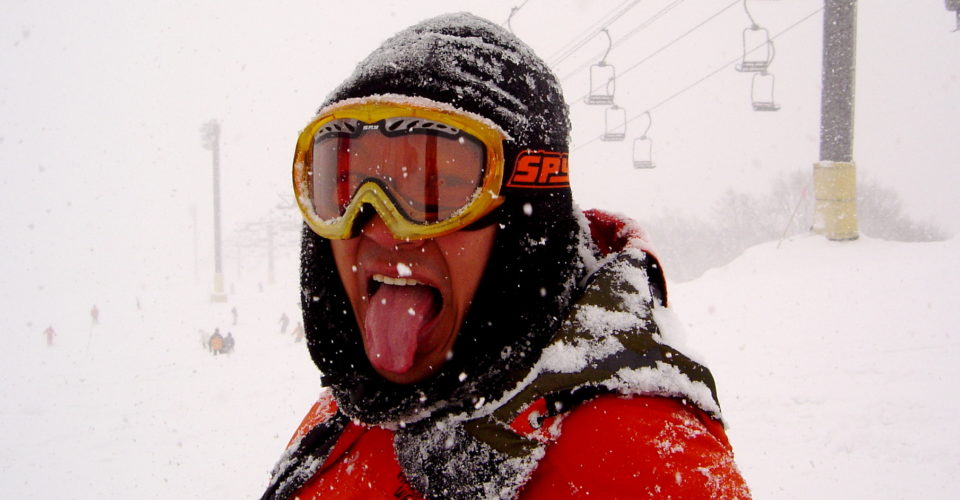 Danny Yip is the elusive owner behind The Chairman, one of Hong Kong’s most popular Cantonese restaurants. The restaurateur tells us why he got back into the restaurant industry after a career detour, and how farm-to-table is easier said than done.

After spending more than a decade in Canberra and opening a series of restaurants with partner Josiah Li there, Danny Yip promptly moved back to Hong Kong in 1997 to found his own trading platform startup. He sold his company in 2008, only to find himself heading straight back into the restaurant business with The Chairman, a back-to-basics Cantonese restaurant that focused more on fresh produce than fancy ingredients.

The Chairman was one of the first restaurants to set up shop in tranquil Kau U Fong, and in no time, it became one of the hottest Cantonese establishments in town. Today, it’s on the list of Asia’s 50 Best restaurants and is a perennial Michelin guide favorite.

You had such a good run in Canberra. You had up to six restaurants at one point —including the still-revered Chairman & YIp. What brought you back to Hong Kong?

The restaurant business has always been difficult. We had been getting all the one-hat, two-hats [from The Age Good Food Guide — there is no Michelin Guide in Australia]. Still, the margins were minimal.

I told my partner [Josiah] to look after the restaurants, because he wasn’t coming back. I told him, “I’m not going to do any more restaurants. I’m done with restaurants. I need to earn some real money.”

Hence the tech firm that you started in Hong Kong. And yet here you are, with another extremely successful restaurant on Kau U Fong. What’s the story behind that?

After I sold my firm in 2008, I just thought it was time to open up a Chinese restaurant in Hong Kong because I could not find a place that I really liked to eat at. I thought maybe we would open a small restaurant in 2009 and just go back to the basics.

What was not to like with the Cantonese restaurants back then?

The rent was and still is too high, but the perceived value of Cantonese food is much lower than say, a Japanese restaurant. So whatever effort you put into the food, people just view it as a cheap meal.

The only way to survive in Hong Kong with a Cantonese restaurant was to cut corners, using frozen ingredients, canned sauces, very cheap soy sauce at $30 a bucket — cheaper than the soybeans used to make it.

How do you do things differently at The Chairman?

I thought, let’s use local ingredients if we could. And make the sauces in-house if possible. We could do our own pickling, cure our own meat — whatever we could do in-house or locally, we would do it.

We make our own shrimp oil, chicken oil, lemongrass oil. Now we have our own farm too, in Sheung Shui. We grow young ginger, broccoli there. No one grows ginger in Hong Kong because there is only one crop a year.

Say what. You have your own farm?

It’s not expensive to rent a farm in the New Territories, so we thought to do it. At first we employed a retired farmer to grow everything organically. It was disastrous, we could not yield anything. The farmer was very good, hardworking, but he used to work with insecticides and all that, and organic was a totally different game. That was three years ago. I remember we were at the farm and there was one little patch of bak choy. And the other crops were not restaurant standard. And then the next morning the birds ate all of the bak choy — none left, zero.

We eventually found a person who studied horticulture in Taiwan, he had his own little farm, and he looked after ours. Now we know better. First you need a net to keep out the insects and birds. With the sun you have to cover everything up. It gets very technical.

Wow. Sounds like hard work. So do you source all your ingredients from your farm then?

It’s always nice to say we’re farm-to-table, but I honestly don’t understand how it works. One: it’s too expensive. Two: most of the time you’re waiting for the crops. How can a restaurant have a farm that it can get all its supplies from every day?

It doesn’t work this way. It’s all BS. You can imagine: suddenly we would have so much broccoli that we cannot finish in a week, and it only lasts for three weeks. How can we use all of it? We have to sell it. And vice versa. Most of the vegetables yield one to two times a year. Most of the time you’re waiting. If you go to the forest to collect, that’s different.

At the end of the day, we can’t source more than 7 to 8 percent of the vegetables from our own farm.

You did have a whole lineup of restaurants in Canberra once. Do you plan on growing your brand in Hong Kong?


Tags:  Asia's 50 Best Cantonese Dining Chinese Food Chinese Restaurants Danny Yip Farm to Table Farming Organic Restaurateur Profile The Chairman
Copyright Man Mo Media Limited. All rights reserved.
Back to top
We use cookies to ensure that we give you the best experience on our website. If you continue to use this site we will assume that you are happy with it.OkPrivacy policy