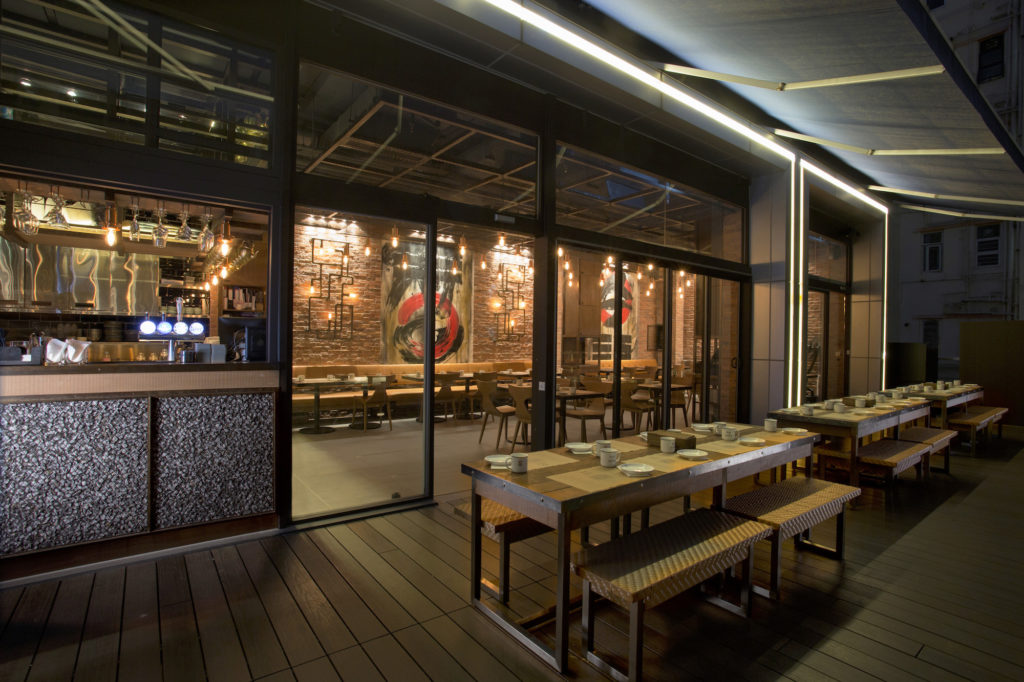 On the Menu: The menu has been expanded to include raw dishes, salads, fish and meat alongside the small plates and skewers. (Its centerpiece, however, continues to be the dish that the restaurant is named for — the bibimbap.) Firm favorites such as the Army Stew (kimchi, pork belly, chorizo mac ‘n’ cheese, $328), the chicken skewers ($128) and the pork mung bean pancake ($168) remain, but they’ve been dressed up. The chicken skewers are now prepared using long jiang chicken. Iberico ham has been added to the pork mung bean pancake. Accompanying these dishes are new, more complicated offerings. The gaejang lobster ($238 for a half piece, $468 for a full piece) is fermented for a week in an intriguing combination of soy sauce and coffee, while salads and starters are accompanied with an array of aiolis, emulsions and garnishes.

Jeng: The gaejang lobster is an explosion of taste and texture, the jellied shellfish accompanied with uni-topped seaweed rice that’s prepared with the flavorful brine the lobster was fermented in. The Alaskan king crab bibimbap ($268) is also a hit. Our favorite dish of the night, however, is the simple long jiang chicken thigh skewer. Tender and delicious, it’s sauced in gochujang that gives it an excellent kick and served, still steaming, on a tiny grill.

Not So Jeng: You could call it an identity crisis, but the fancy dishes seem somehow at odds with the casual tableware (cheerfully emblazoned with the restaurant’s graphic logo) and setting (exposed brick and industrial-pipe lighting). We also question the presence of certain dishes — the restaurant’s take on foie gras terrine ($128), for instance. It’s a delectable bite topped with candied anchovies, but does it belong on a Korean menu, or is it merely there to add to the fine-dine rep?

Meet the Chef: This is chef Alvin Leung’s venture, but head chef Do Yong-Soo runs the day to day.

Great For: A casual night out.

FYI: Bib n Hops Refined is a joint venture between Alvin Leung and the Liberty Group.

This writeup was based on a complimentary media tasting. The Loop doesn’t guarantee/sell restaurant review coverage. See our editorial policy here.