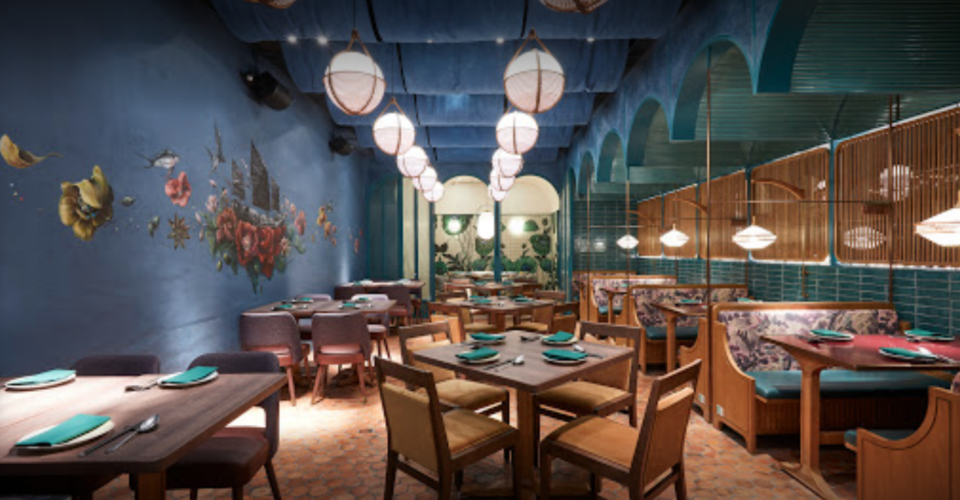 Half Carnivore, Half Vegetarian: The healthy eating revolution has been around for some time, and with that, we’re seeing restaurants constantly redefine how green dishes are created and presented. Priding itself as a restaurant that caters to “flexitarians,” modern Chinese establishment Duckee offers a menu that’s divided by carnivore favorites and vegetarian-friendly dishes. Rather than serve meat dishes and vegetarian options separately, however, some of the signature dishes combine both meat and meat-free alternatives on one plate. Expect to find dim sum as well as crowd favorites from Cantonese and Sichuan cuisines.

Look & Feel: Duckee is located where the now-closed modern Chinese restaurant John Anthony once stood, and has kept almost all of the design elements from previous times. Think natural bamboo, reclaimed metal and floral murals. The alcoves also offer a cozy space for more intimate gatherings (when COVID-19 restrictions are one day lifted, of course).

On the Menu: Half of the “yin-yang” Peking duck ($230/half; $450/whole) follows the classic recipe, while the other half is made with pineapples and deep-fried bean curd. The typhoon shelter salt and pepper squid ($88) takes a similar route: it is half squid, half coconut meat. Meanwhile, the yin-yang xiao long bao ($98) features real pork and Omnipork. There’s also a selection of Chinese-inspired cocktails

Great For: Aside from obviously appealing to the health-conscious crowd, Duckee is a great spot for those in search of creative Chinese fare — something that can be surprisingly difficult to find in Hong Kong, where you either have dozens of mediocre Cantonese chain restaurants or expensive Michelin-starred establishments.

FYI: The name “Duckee” refers to the Cantonese word for “cute.”