Eat Me + Drink Me by Harlan Goldstein 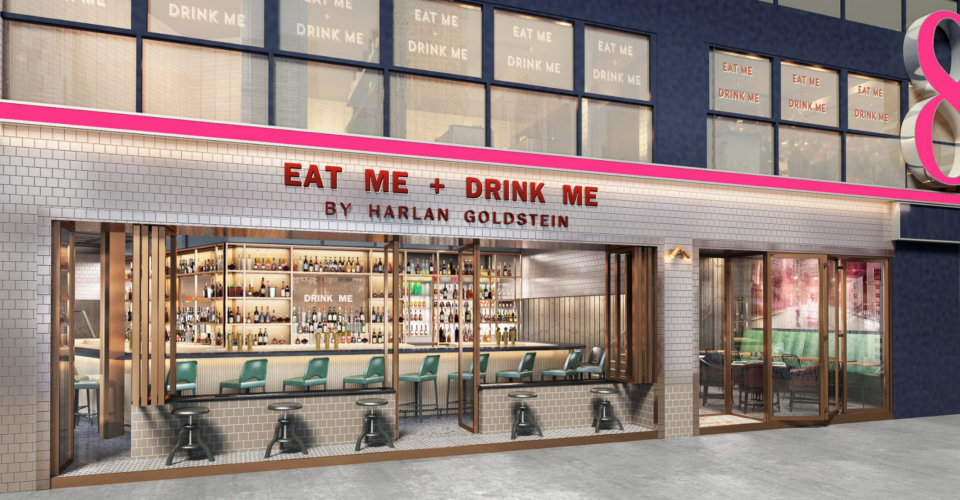 Making a Statement: Harlan Goldstein is certainly no stranger to Hong Kong’s volatile F&B scene. After a conspicuous break following the shuttering of several previous establishments, the chef is back and ready to conquer. Eat Me Drink Me by Harlan Goldstein is one of four ambitious restaurant projects — all located at 8 Lyndhurst Terrace — slated to open in September.

Look & Feel: This two-story bar-slash-restaurant is open-concept on the ground floor, with casual copper-toned touches throughout.

Meet the Chef: Chef Harlan Goldstein has been at the helm of many restaurants throughout his career. His former establishments Gold and Strip House have both garnered Michelin recognition in the past.

On the Menu: Harlan’s most popular dishes throughout his career can be had at Eat Me Drink Me — the chef’s pièce de résistance. The dishes will be sharing-style, and cocktails will be offered alongside.

Great For: A late night out, a rowdy gathering.

FYI: Harlan Goldstein has partnered up with ZS Hospitality Group for his latest projects, which includes Italian joint Ee Da Le, Thai resto My Tai Tai, and Latin American establishment Mamasita’s Cantina. Eat Me Drink Me is on the former site of La Piola.