Shady 2.0: After establishing The Shady Acres last year and transforming Peel Street from a kind-of-past-it alley into the place to be, Ryan Nightingale (profiled in our Top Rising Stars 2020 feature) and his co-founder Mike Watt are bringing their Midas touch to a new venture on Man Hing Lane. Taking up the spot where French restaurant Les Fils à Maman used to stand, Honky Tonks Tavern serves Southern-inspired fare like fried chicken, unorthodox pizzas, and jazzed up salads, along with an eclectic list of cocktails and wines.

Look & Feel: It’s only been open for a week, but we already know Honky Tonks Tavern is going to be a game-changer for this once-quiet space nestled behind the Hollywood Road/Elgin Street thoroughfare. Much like its sister establishment, the restaurant has an industrial feel: think bare walls, super-dim lighting, and a cozy bar in the heart of the tiny space. The beautiful crowd has been spilling out to Pak Tsz Lane park every night, so let’s hope everyone behaves enough that the COVID-19 police don’t come after this spot (see: sections of Peel Street currently cordoned off to deter crowds from gathering — a common sight outside The Shady Acres). 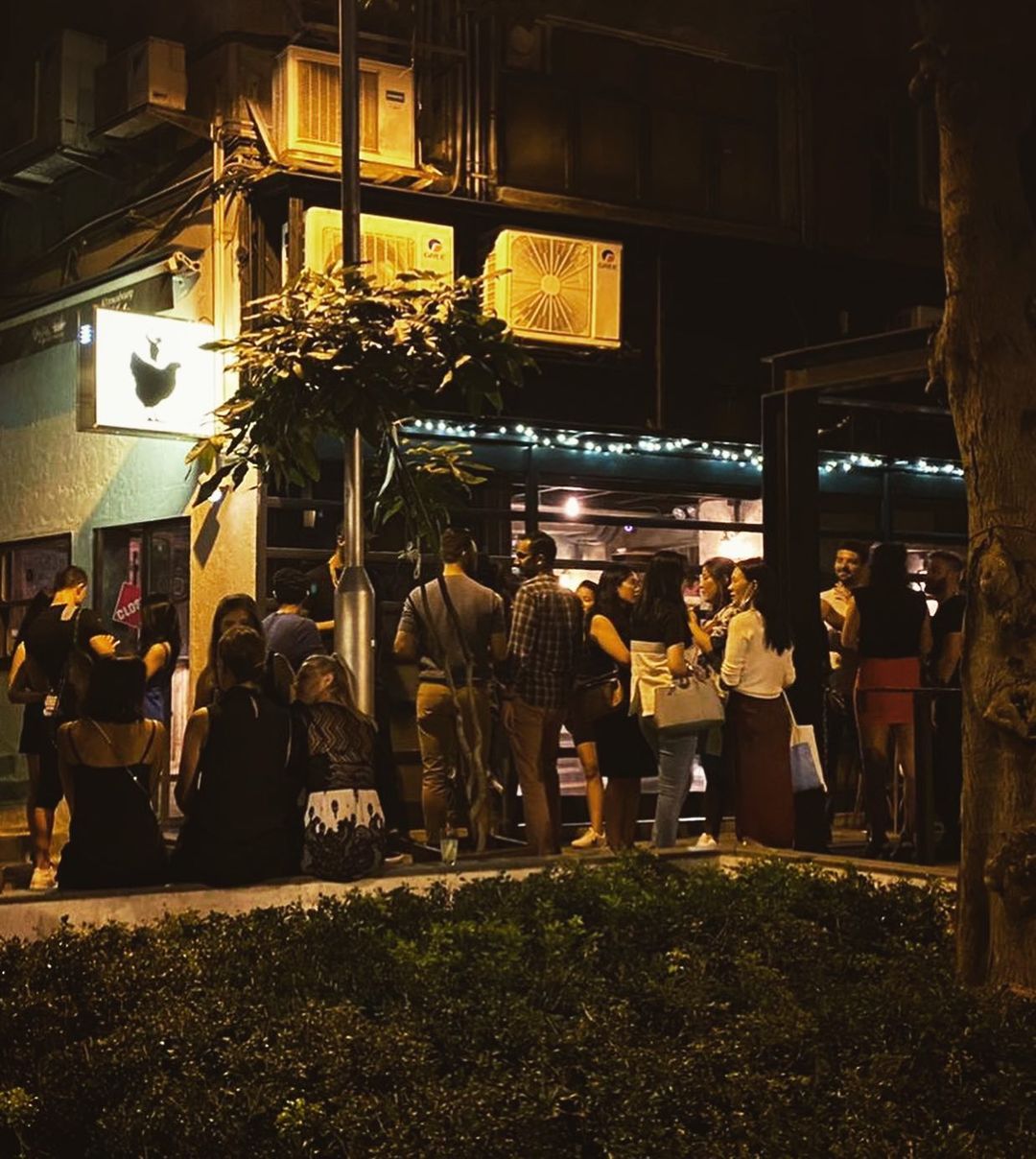 On the Menu: Only those with an appetite for sinful foods need enter. There are five types of fried chicken; six varieties of strictly non-Italian pizzas, including one dubbed “White Trash” ($100) with shredded chicken, bacon, jalapenos, cool ranch and Dorito dust; and a “salad” section featuring the likes of the Honky Tonks Salad with bacon, egg and ranch and tater tots (both $40/$78). Choose how spicy you want your hot chicken and caviar ($450), a match made in heaven; and nibble on grilled corn with miso butter, nori, lime and parm ($40/$78), the perfect pre-dinner snack. The chicken tenders ($75), however, are a miss, with batters that seem to come loose from the meat. Light drinkers will like the Ciao Hi! ($95) (although its name will have polite Cantonese speakers clutching their pearls), made with milk-washed Aperol; gentiane liqueur, a French aperitif; with bubbles and soda. Those looking for something heartier should try Mucho Danger ($95), with jalapeno tequila, mezcal, bergamont, lemon shrub, lime and orange juice.

Meet the Team: Nightingale and Watt both worked at JIA Group establishments before striking out with The Shady Acres. Joining them at Honky Tonks Tavern are Edgar Santillan (formerly of Terrible Baby); Adam Schmidt (formerly at PDT); and Matt Richardson (ex-Ho Lee Fook).

Great For: Casual after-work drinks that will unexpectedly go on past midnight.

FYI: A “honky-tonk” is American slang for “a cheap or disreputable bar, club, or dance hall.”


Tags:  Bar Central Bars Central Restaurants Honky Tonks Tavern Restaurant The Shady Acres
Copyright Man Mo Media Limited. All rights reserved.
Back to top
We use cookies to ensure that we give you the best experience on our website. If you continue to use this site we will assume that you are happy with it.OkPrivacy policy