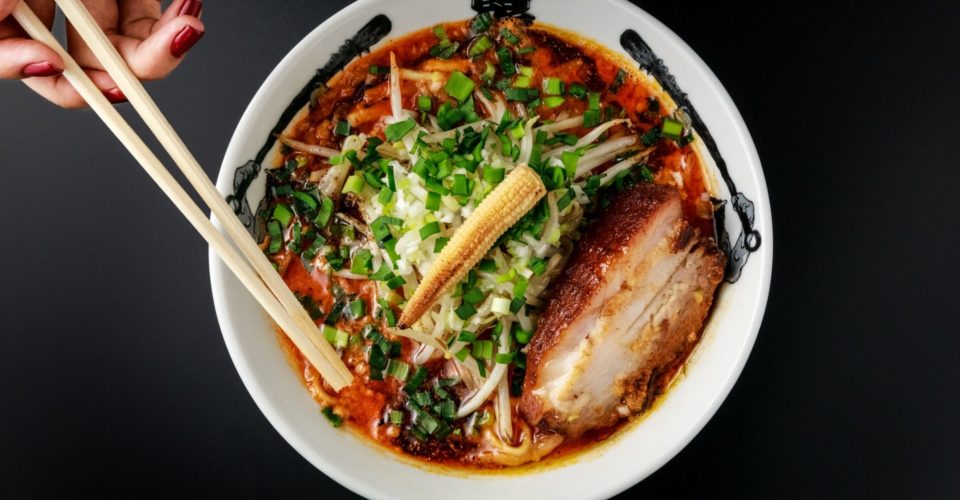 Spice Up Your Life: This ramen joint started out as a modest nine-seater counter restaurant in Tokyo in 2009. Ten years later, it’s grown into one of the most popular ramen chains in the Japanese capital, with queues regularly winding out its restaurants’ doors and an average of 27,000 bowls selling each month. After expanding to Taipei, its first branch opens in Hong Kong.

Look & Feel: The restaurant, filled with plenty of dark wood, features tables seating two to four people as well as counters where you can watch the chefs in action. The traditional shop front is graced with the eye-catching red oni and blue oni, as well as a giant oni stick. On the Menu: Kikanbo is known for a number of things: its Karashibi miso broth, which sees a combination of pork bone, chicken bone and seafood simmered for over 10 hours; its three different thicknesses of ramen noodles; and, most importantly, five levels of numbing spiciness for its broth, which features sour, sweet and bitter flavor notes derived from Kara red pepper. Toppings include star anise braised pork belly, baby corn, bean sprouts, nori, and spring onion.

Great For: Giving your tastebuds a real challenge.