Reinvented Space: Taking over the space previously occupied by Cafe Parlour in FWD HOUSE 1881, ODEA is centered around modern French cuisine. The restaurant is part of a brand-new three-dining-outlet concept at Hullett House by LUBUDS F&B Group, which has an extensive list of restaurants that span Hong Kong and Macau. The group also recently opened Pano in West Kowloon. 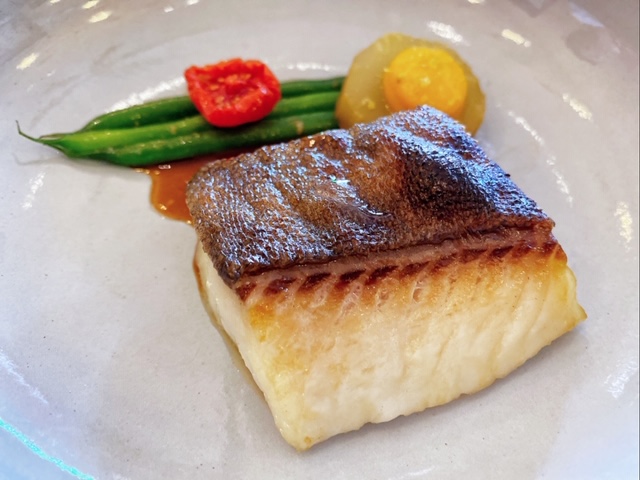 On the Menu: To fully experience the restaurant, we decided on the 10-course dinner tasting menu ($1180) that began with fresh and sun-dried tomatoes nestled around a morsel of burrata, dotted with tomato puree. The variation in tomatoes offered textural contrast although the burrata lacked its signature gooey creaminess. We adore the luscious silkiness of fresh red prawns, but the prawn carpaccio with citrus jelly and grapefruit was overly firm and a touch dry, giving the impression that it was prepared well in advance. The Porterhouse beef carpaccio with fresh horse radish, shaved tableside, merited praise for its buttery tenderness and clean aftertaste. The organic wild mushroom soup was creamy with earthy undertones, although we wished the pan-fried morsels featured more exotic varieties rather than white button mushrooms. “New Orleans style” crab cake was a tad on the confusing side with a wedge of lettuce that we originally thought was charred but was actually tossed with cajun seasoning. The Chinese yellow wine duck foie gras was a delicious combination that used the complex flavours of the wine to bring out the robust earthiness of the velvety liver, but alas, the execution was off the mark. The poached foie gras was anaemically pale on the outside and disconcertingly pink on the inside, with stringy fibres that were texturally unpleasant. However, we did enjoy the flavor pairing of yellow wine to the rich organ meat, and the charred corn puree that accompanied.

The lobster spaghetti main could have fared better with a more umami, vibrant sauce instead of a murky brown, rather gloopy, dollop on top, although the seared cod fish marinated in Chinese char siu sauce was a winner with its buttery tender flakes and crisp fish skin. The A4 grade Wagyu, accompanied with tender, crisp asparagus, was perfectly seared with a juicy pink center. The cheesecake arrived with much fanfare and dry ice, encapsulated in a sugar dome made of Pop Rocks. 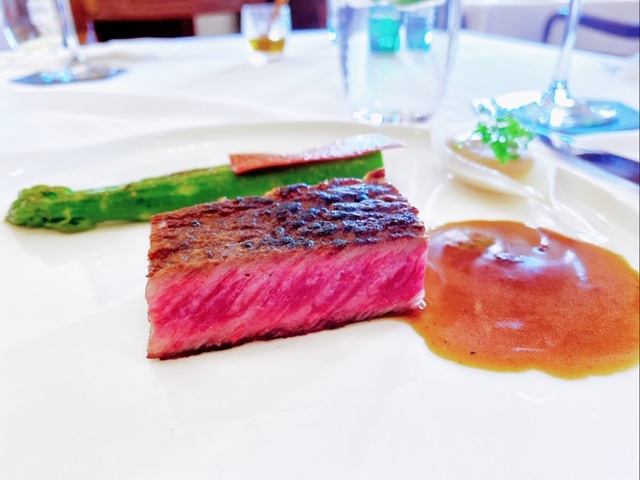 Jeng: Two of the mains, the cod and beef, warrant a revisit. We also liked that the restaurant revamps a historical site in Hong Kong, which has so little space for heritage.

Not So Jeng: Although modeled as modern French cuisine, we found the menu rather confusing with the inclusion of items such as “New Orleans style” crab cakes.

Meet the Chef: Calvin Choi is no stranger to fine cuisine, having worked at 2-Michelin star Spoon by Alain Ducasse as sous chef for seven years before moving on to The Steak House at the InterContinental, helping the restaurant achieve its 1-Michelin star rating during his three year tenure. After a short stint as executive sous chef at Royal Garden Hotel, Chef Calvin returned to the InterContinental as senior sous chef, overseeing the hotel’s banqueting and extensive culinary operations. He has won numerous accolades at global chef competitions, including 2013 Oceanafest in Perth and 2017 Culinary Olympics in Erfurt, Germany.

Great For: An upscale lunch or dinner with friends or business associates, although the restaurant may need some time to find its legs.

FYI: The restaurant also offers an afternoon tea, which could be enjoyed indoors or out on the historical verandah.