Yakitori and More: Festival Walk, the expansive mall in Kowloon Tong, is turning into something of a dining destination and TORITEN is the latest addition to the foodie lineup, catering to the local Kowloon Tong crowd.

Look & Feel: Simplicity is key at TORITEN. The restaurant features plenty of clean lines, and dark wood paneling. It’s bookended by an open kitchen and bar area at the front and a compelling goldfish wall mural in the back. In between, the surprisingly large restaurant features an uncluttered setup of tables—mostly for two or four guests. It’s a clean-cut look, quite in line with the Japanese Zen ethos, and rather nice for a shopping mall. 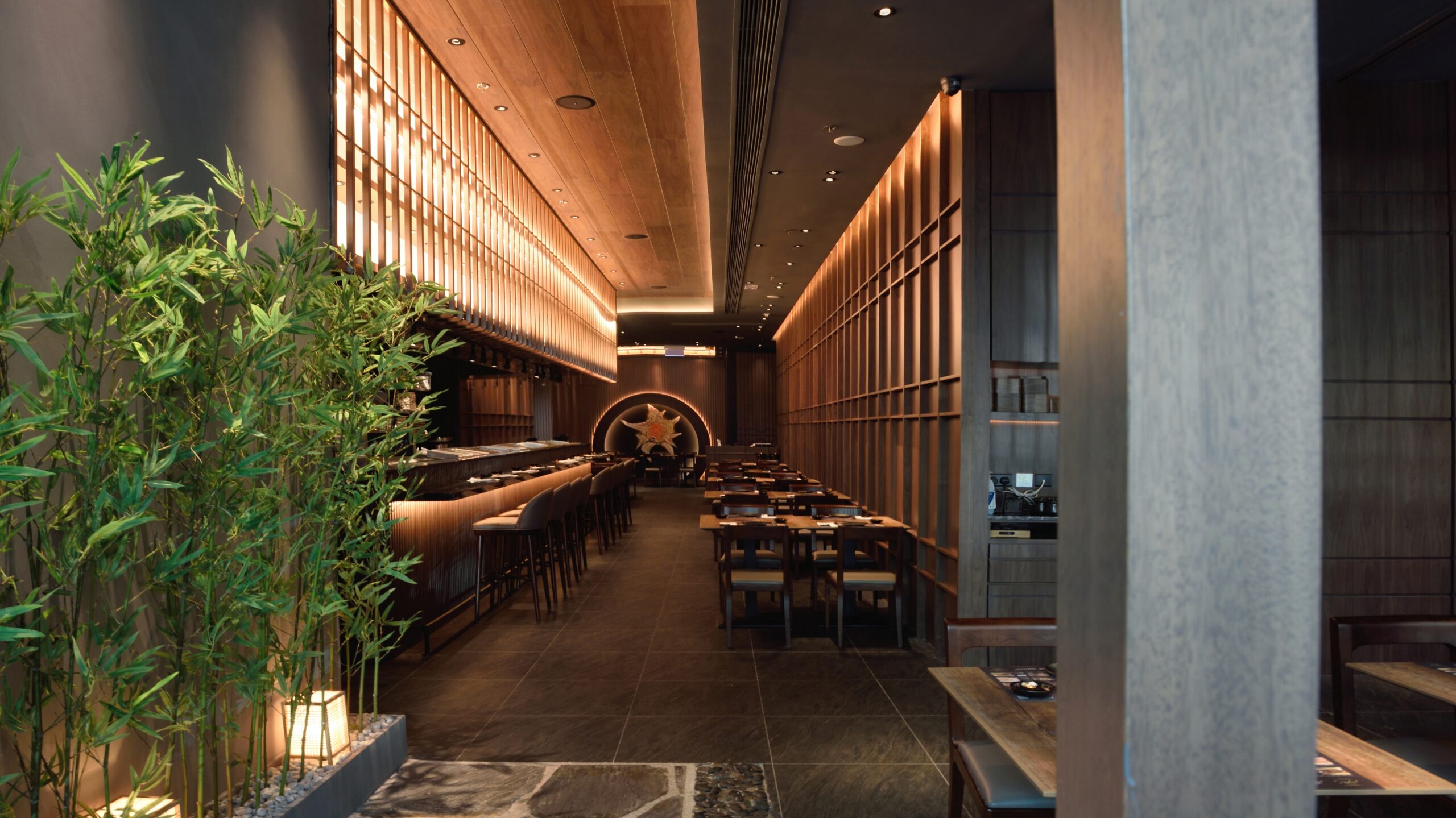 On the Menu: TORITEN has a little bit of everything Japanese on its menu. There are omakase platters, a wealth of sushi, nigiri, and sashimi, yakitori skewered grilled on a real Japanese robatayaki grill, along with a selection of donburi bowls, udon dishes, and so much more. It’s ably seconded by a surprisingly well-thought-out drinks list that includes a wide range of sakes—including some sparkling varietals—sochus, wines, and more. The only catch is that much of the drinks list is written entirely in Chinese characters, making it totally indecipherable to anyone that can’t read them.

We begin with the Salmon Roe & Scallop Donburi ($298), which is presented with much fanfare as a server dishes up heavy lashings of salmon roe over the bowl at the table—it’s necessary, though, as the roe adds a much-needed burst of saltiness to the seared scallop and rice which has been carefully marinated in sake and vinegar.

Next up is the platter of yakitori skewers. There’s a good variety, including Chicken Kidney with Garlic Salt ($38), Shrimp Rolled with Perilla & Chicken Skin ($78), and Minced Chicken with Egg Yoke ($42). It’s a bit hit-and-miss, though. The Grilled Squid Ink Sausage ($38) was surprisingly delicious, delivering a salty, fishy flavor in every bite; we would definitely pass on the Japanese Pork with Cheese & Spicy Cod Roe ($48), though—the cheese was an unnecessary addition.

The highlight of the meal, though, was the Prawn in Miso Soup Ramen ($128) which boasts rich umami flavors, perfectly cooked noodles, and tender prawns.

Overall, TORITEN gets points for trying to get a little creative in its dishes, but would probably do better to stick to tried-and-true classics. If you’re in the area, though, it’s an option for a good sit-down meal.

Jeng: TORITEN is surprisingly decent for a mall restaurant, and quite affordable, which is a nice surprise for a sit-down restaurant in Hong Kong.

Not So Jeng: There isn’t much atmosphere—this is still a mall restaurant, after all. It’s also very much geared towards local residents, so it’s not the type of place you’d make a trip out to Kowloon Tong for.