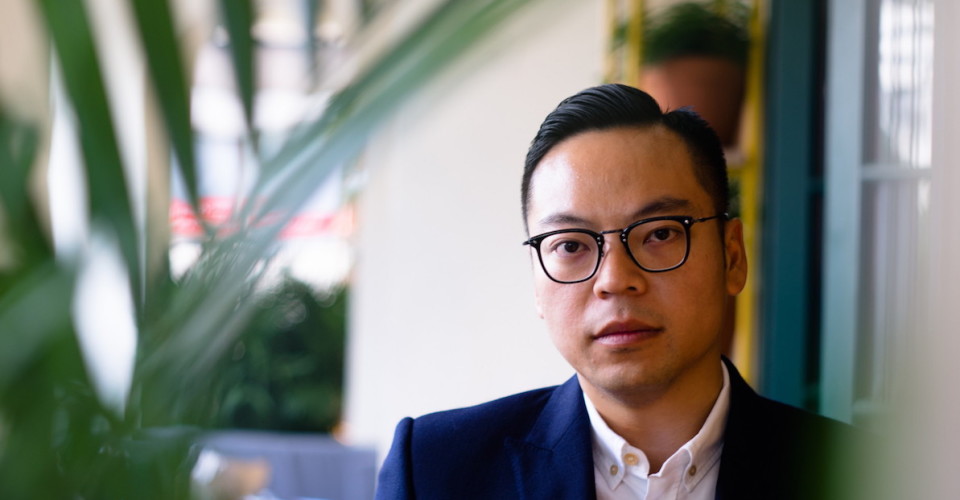 Alan Lo is co-founder of Press Room Group, which owns the Classified franchise, The Pawn and The Fat Pig featuring British chef Tom Aikens. He tells Adele Wong about his inability to follow recipes, and greedy landlords around town.

Alan Lo was born in Hong Kong, and and went to Princeton University where he studied architecture. His first jobs out of school were project management roles at Shangri-La and Mandarin Oriental hotels. He co-founded Press Room Group after several inspiring conversations with an old boarding school buddy and an ex-banker friend.

Separately, Lo’s father, the chief executive of Gold Peak Industries, is a 20th-century ink art collector who passed his passion for the arts on to his son. Today, besides running Press Room Group, Lo also chairs many art- and design-based committees and co-owns Duddell’s with his restaurateur wife Yenn Wong.

One of you first restaurants with co-founders Paolo Pong and Arnold Wong was The Press Room on Hollywood Road, back in 2006. Sheung Wan was hardly trendy then. How did the idea come about?

After living abroad, we felt that Hong Kong was missing a certain kinda… you know when you go to big cities around the world, you see certain types of restaurants. They’re not very gastronomic or extremely special restaurants, but it’s a beautiful room with great vibe, good food, and people are having an amazing time. When we came back, we saw Lan Kwai Fong and SoHo and — that’s NOT what I’m talking about, hahaha.

We were like, okay this is a bit sad. Hong Kong is a big city, it should have one of those big city restaurants. I guess I still remember going to late dinners, late brunches at Balthazar in New York. Now it’s become a bit more touristy, but being in an amazing room with very good quality brasserie food, it was just a great feeling.

We looked for a space for a long time and we couldn’t find anything. Literally one day, I was on my way home and there was this brochure on my car and I just looked at it, and it was this development on Hollywood Road called Centre Stage. And then I see on the plans that there’s this ground floor space. I drove there and took a look and said, ‘This is perfect.’ There was nothing around it, there was one temple, there were some coffin shops and dead-people tailors, but somehow it felt interesting.

We didn’t really know exactly what concept we were after ‘cause we were toying around with quite a few ideas, but when we saw this space we were like, this is a [French] brasserie — no question, no doubt.

So sad that it closed in 2014! It was pretty much the first restaurant of its kind on Hollywood Road.

Welcome to Hong Kong real estate. [The rental prices] are certainly a lot better now [given the slow economy] compared to two years ago, and developers are more willing to discuss, but Hong Kong is cut-throat. Now the developers are desperate and trying to be all-accommodating, they’re like, ‘Oh please sign on the dotted line, this three-year lease.’ But then three years later: ‘Now your rent will triple.’

How have things changed since you first arrived on the dining scene over 10 years ago?

So much. There were fewer players. The last two to three years alone, all the celebrity chefs and international concepts — everything is coming here. It’s more competition now, but at the same time it also makes the scene more interesting. It forces everyone to up their game. I just hope it doesn’t get to the point where it starts to be saturated.

Your wife Yenn Wong is also a very successful restaurateur. Do you two talk business all the time?

You know, when we talk about our work, it’s comforting. It never ends. It really doesn’t end. You can be watching TV in the middle of the night and you’re still talking about [work]. It’s not very romantic.

She’s probably more precise. I’m a terrible baker. I don’t follow recipes well. I skim through recipes so I always leave a few things. I’m like, ‘Oh shit, I was supposed to do that three hours ago, I skipped like one line. Ahhh what do I do now?’