“Hong Kong is ultimately a very open and welcoming place” Hailing from Canada, journalist and writer Christopher DeWolf has called Hong Kong home for about a decade — but his interest in urban spaces began much earlier than that. He founded the blog Urban Photo in the 1990s, in the meantime penning features about lifestyle, design, travel and architecture for titles such as CNNGo, The Wall Street Journal and SCMP. Now the managing editor for Hong Kong-centric travel platform Zolima City Mag, DeWolf recently published “Borrowed Spaces: Life Between the Cracks of Modern Hong Kong” for Penguin’s Hong Kong series of books, which examines the in-between, citizen-created spaces in the city, and combines his interests in Hong Kong’s heritage and culture that he’s cultivated throughout his years here.

The idea of doing a book on the city’s in-between spaces had been percolating for years. Even before I moved to Hong Kong, the thing I loved most about cities was all the self-organized stuff like street hawkers, buildings that people have adapted and modified, or little public spaces that feel organic and lived-in. Hong Kong takes all of that to another even more amazing level. I began to realize that so much of what makes Hong Kong feel like Hong Kong is the little modifications and interventions that people have done.

In a sense, I’ve been working on this topic since I first came to Hong Kong, so research for the book went pretty smoothly – which was great, because I only had three months to write it! Because the book is short, I had to leave out some topics I had never done any previous work on, like the way domestic helpers use public space on the weekends. Sunday in Central is a world unto itself: there are fashion shows, flea markets, live music karaoke, all of it on the street. That’s something that deserves to be explored.

I’ve always been fascinated by buildings and design. I used to sketch skyscrapers when I was a kid, and I loved going downtown and walking around. When I was 14, my uncle gave me “Death and Life of the Great American City” by Jane Jacobs as a Christmas gift. It taught me to think about cities not as isolated parts but as living, breathing ecosystems. After that, I started taking lots of photos whenever I traveled with my family.

I should also say that my parents were always a big help. I used to write short stories and I even made up the front page of a newspaper when I was a kid. They put me in some student journalism programs when I was young and that really helped point the way for me.

Hong Kong’s high density is such a big part of what makes the city distinct. Beyond that, I think it’s all the little ways that people adapt urban space to their needs. It gives the city so much texture – all the signs, the vinyl awnings strung across the sidewalks, the shops crammed underneath staircases and in alleyways, the green hawker stalls, the little neighborhood shrines that grew from a single god statue and some incense. Hong Kong people are very adaptable and creative. 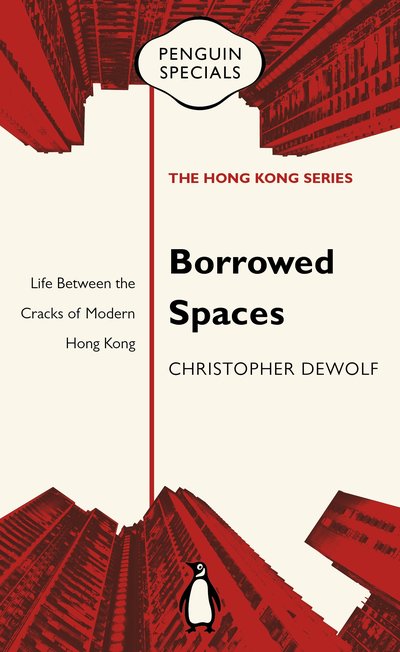 People come here for all sorts of reasons. There are expats who pass through because they’re on a two-year contract with some big company, but there are plenty of people who find themselves here for a number of odd reasons. Hong Kong is ultimately a very open and welcoming place, which is rare these days. The problem is that China doesn’t recognize that diversity and cosmopolitanism. So you have this tension between the relatively accepting everyday life of the city and its people, and the increasingly hostile, closed-off attitude of the authorities.

Home Away from Home

I came here with my wife Laine, who is originally from Hong Kong. We’ve been together for a long time and she has taught me a lot about this place. Hong Kong loomed large in my imagination even before I came here for the first time. A lot of people who move here see the city in stark terms, but Laine has helped shade in the picture for me. At the same time, I have to face the fact that I’ll always be a kind of outsider. I feel like Hong Kong is my home, but my Cantonese isn’t great and I don’t read Chinese, so that limits my ability to be fully engaged. That’s not a complaint, by the way – if I took more time to seriously study Cantonese I think I would feel differently.

I love Tokyo. It’s enormous, but its streets and neighborhoods have a very intimate, human vibe. Taipei is like that too, but with a messier, grittier feel that is very appealing. I also love Bangkok even though it is pretty dysfunctional. It just has this amazing buzz and a really creative, energetic spirit. Venice is one of the most incredible cities in the world. It’s obviously very touristy, but it’s surprisingly easy to get away from the crowds, and the city isn’t limited to the main districts — it spans the entire lagoon. Its relationship to water is fascinating. There’s simply nowhere else like it on earth. You can’t say that about many places.

The world is going through this backlash to cosmopolitanism. More and more countries feel like they are closing themselves off to the world. And yet, at the same time, the world has never been more connected. I’m interested in modern-day diasporas and how they work. Hong Kong is a great place to study. So many people here immigrated to countries like Canada and Australia, and many of them have come back to lead this kind of transnational life.