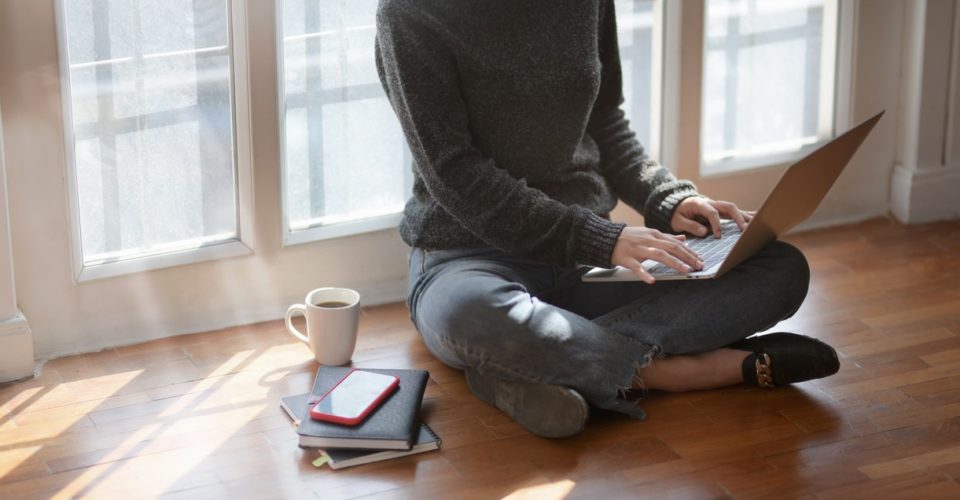 Here at The Loop HK, we’ve always been a big supporter of Hong Kong’s rising talents and creative minds.

During difficult times and with uncertainties ahead, we feel it’s more important than ever for us to continue to champion the city’s young creatives and entrepreneurial spirits.

This year, meet and be inspired by 10 of Hong Kong’s Rising Stars — true leaders who have followed their passions, thought outside the box and aimed to bring something different to the city. This pair of entrepreneurs want to create solutions for a problem commonly faced by Gen Z. Teresa Chan, 25, and Chester Szeen, 24, are co-founders of Mellow, an app that helps parents teach their children aged 6 to 18 all about saving and earning in a practical and educational manner.

Chan and Szeen say that they first spotted the problem of “bad personal finance habits” amongst their peers in 2016.

“It’s actually a widespread problem in not just Hong Kong, but across Asia,” says Szeen. “These bad finance habits are formed during childhood, but when we look at current solutions like school workshops or app games, [we find that] these solutions are not practical or habitual.” That inspired them to create a digital solution the following year. After interviewing some 200 families as part of their market research, Mellow was born.

The two, who first met briefly while in high school and became friends while attending The Chinese University of Hong Kong together, hope to continue creating social impact for future generations via their business. They’ve won awards and gained recognition in the city and beyond — accolades for Mellow include Alibaba Jumpstarter’s Top 12 Hong Kong Startups, and it was also the only Hong Kong company to make TechCrunch’s Top Picks Startup list.

Their inspirations: “Seeing other people and entrepreneurs believing in the good they are doing, and risking everything to make their dreams become reality and overcoming difficulties.” With considerable experience in the hospitality industry, Hongkonger Billy Ha, 37, is F&B Marketing Manager at the Shangri-La Group, analyzing sales data and demographics and working on promotional directions for the hotel giant’s four properties in Hong Kong. But his beautiful photography has also garnered an impressive following on Instagram. “I started out snapping just food, trying to imitate the angles and composition I observed from great photographers I worked with from my day job,” says Ha, who only first picked up “a real camera” four years ago. “I then wanted to improve my photos and began to do my own research on photography.”

Ha, who “went out to snap every weekend on everything in sight,” captures scenes around the city, including candid shots of everyday Hongkongers. 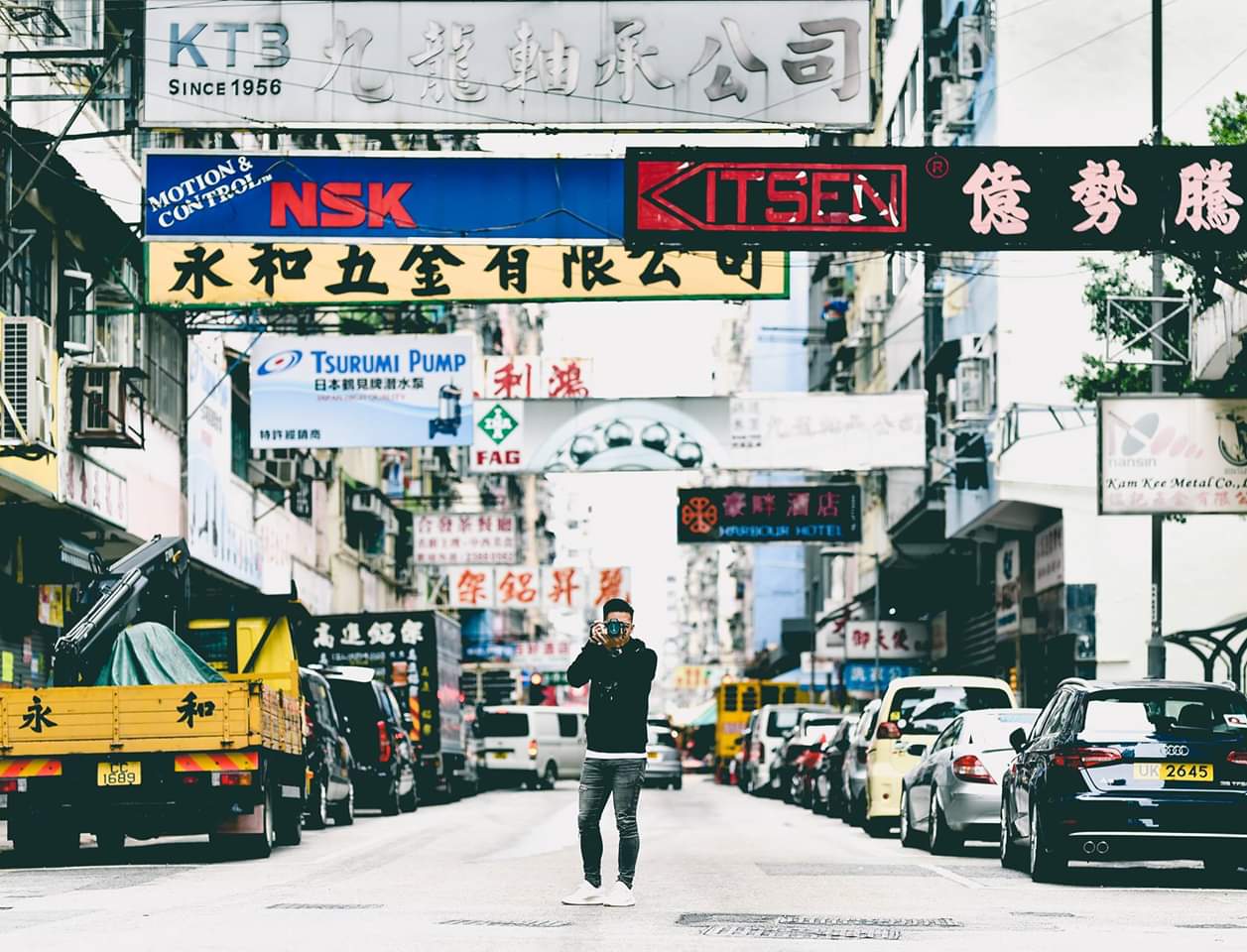 With his work, he hopes to bring a bit of selflessness to this town. “You should be able to see new opportunities with a blank mind — and fill our brain with everything you have learned not just from school, but life, to map out your work for the best results.”

His motivations: “I always want to achieve more. ‘How to’ is always in my head, driving me to keep thinking and trialing.” Sydney native Boris Burgess, 31, runs creative agency Mediam Rare. Establishing the company shortly after arriving in Hong Kong a decade ago with then-girlfriend and now wife, Priscilla I’Anson (profiled in our 30 Under 30 2015 feature), Burgess says he had made the decision out of a genuine enjoyment of “working in a range of visual media to communicate ideas and tell stories.”

Mediam Rare, which specializes in video production, photography, branding and social media, has worked with some of the biggest names in the luxury, technology, hospitality, travel and events sectors. “I’m always thinking about how I can evolve personally and creatively, as well as provide value for the clients we serve,” he adds.

Burgess, who studied film production at school, also directs and produces The Expats, a web series that dives into the city’s expat culture with a satirical take. Meanwhile, he creates mixed media paintings on reclaimed objects as an artist. These platforms, he says, inform each other while also elevating his work.

His motivations: “People who are committed to their craft.”

His inspirations: “My five-month old daughter Olympia — her constant sense of wonder, discovery and exploration.” 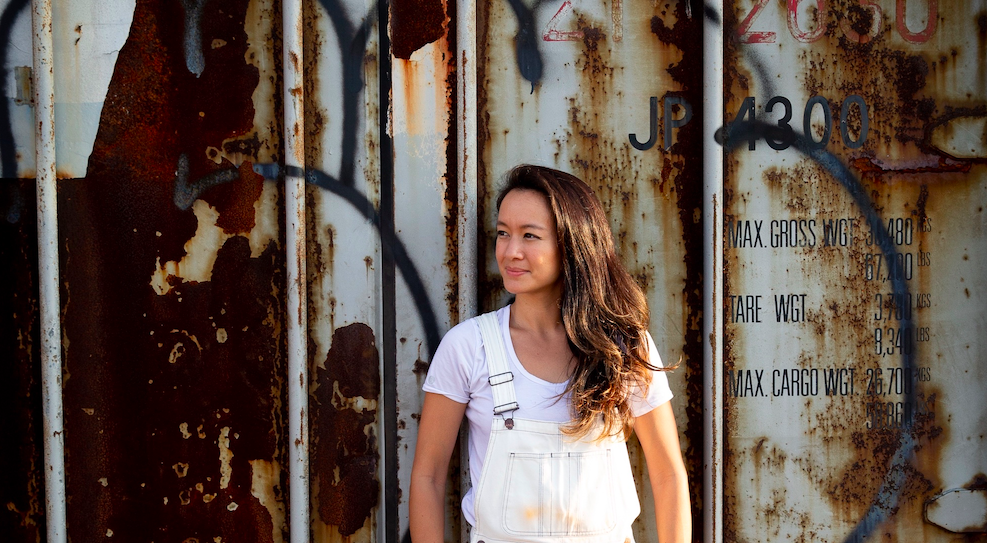 Carol Bellese Choi, 36, was born to a Hongkonger father and Honduran mother, and grew up between the SAR and the US. Having worked in public relations, she switched gears four years ago to pursue her passion in painting, and now works with Hong Kong-based French artist Elsa Jeandedieu at the latter’s eponymous creative studio.

“I was searching for more meaning in my work life and knew I somehow wanted to be involved in the art world,” remembers Bellese Choi. Having met Jeandedieu by chance, she jumped at the opportunity to work with the artist.

Her work differs from day to day: “Some days I could be painting a mural, other days I could be working with Elsa on a large-scale wall decor project, and some days are spent at the workshop preparing presentations and designing concepts for upcoming projects,” she explains. Meanwhile, she also works on social media and the studio’s website.

Reflecting on her change in careers, Bellese Choi admits that working in the creative field comes with its challenges. “When you’re reaching for a goal that seems as lofty as ‘becoming an artist’, I find that it’s very easy to feel overwhelmed,” she says. “I keep myself motivated with small achievable goals, working through them each and every day.” Meanwhile, she says her field of work has forced her to go out of her comfort zone — and “to constantly learn and evolve.” Hongkonger Dan Cheung, 29, started out as a media and project management specialist — and his passion for social innovation led him to co-found the Asia Pacific Youth Development Foundation, with “the mission of empowering youth to become confident, committed and competent future leaders.”

Cheung says social innovation isn’t necessarily about creating something “wholly new” — but using “existing community resources to tackle various social issues.” One of the causes close to his heart is economic disparity — especially as he sees an increasing opportunity gap between the youth who come from different social backgrounds.

Cheung’s work was featured in the 2018 international best-seller “The Entrepreneurial Attitude,” published by Junior Achievement Worldwide. Last year he was also honored as an Obama Foundation Leader in the Asia-Pacific region. A couple of years ago, Ko decided to strike out on her own. “I found that I wanted to help small businesses who may have overlooked the power of a strategic marketing plan,” she explains. “However, this wasn’t possible as most agencies usually focus on assembling a portfolio of A-list brands and with minimal attention given to lesser-known brands.”

The mission behind K.Kommunications, founded in 2018, is to “give a voice to smaller restaurants,” says Ko — especially those who may not necessarily have the budget for fees associated with traditional advertising packages.

She’s currently a one-man band, taking care of every side of the business. “I love this city and want to share the stories of these inspirational restaurant owners who I work with … who contribute to the Hong Kong food scene,” she adds. “Perhaps during tumultuous times, [food is] what keeps people hopeful and together, and reminds us all what ‘home’ is.”

Her role models: Coco Chan (profiled in our 30 Under 30 feature in 2015) and Dan Lun, her former bosses at Voltage PR, who Ko cites as big supporters of her.

Her side gigs: Ko creates origami designs, showcased on her Instagram. Hong Kong-raised Katie Forster, 34, says she started PR agency Katherine Amara “by total accident.” In 2016, she found herself suffering from a mental health crisis. “With the support of friends, family and an amazing doctor, I started interviewing for jobs and ended up in front of the founders of [premium healthy meal delivery company] Eatology,” she remembers.

The meeting proved to be a “game-changer.” It inspired the PR pro — who already had extensive experience in the industry — to set up her own business, which is named after her mother. Eatology referred her to other clients, and from there, Forster began building a portfolio of some of the best F&B outlets in Hong Kong. “My portfolio was unexpectedly looking pretty good, pretty early, so I hired two staff, rented an office and four years later, here we are.”

Working on up to 25 accounts at a time, Forster says it’s important for her to believe in a brand or project — “I’ve never been able to fake enthusiasm,” she says. “If you believe in the person’s integrity, you can usually assume their brand will hold similar values.” The company champions purpose-driven brands — a reflection of her personal philosophy that any business can “take a stand and do something for social good.”

Her inspirations: Positive impact makers, whether they are people who disrupt industries, show extraordinary kindness or stand up for what they believe in. 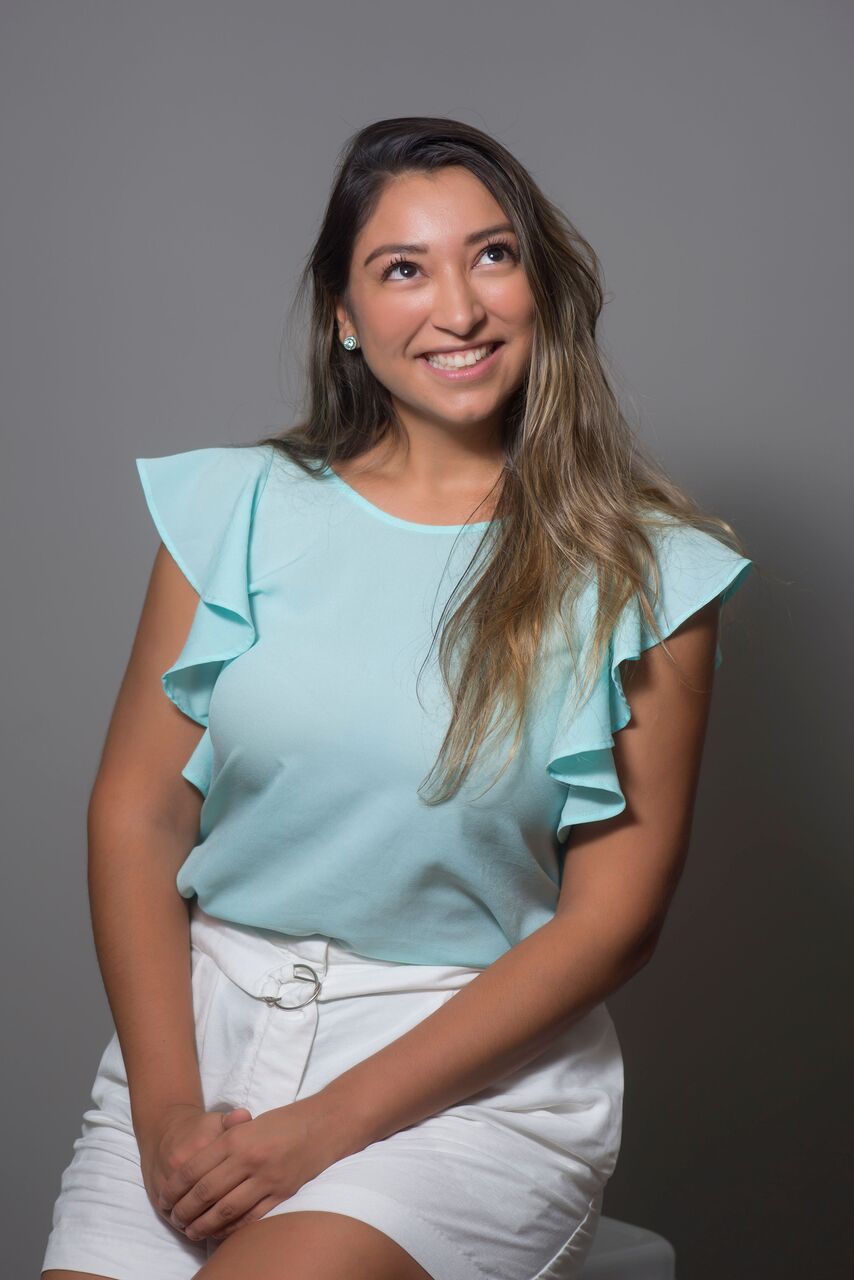 Hailing from Wisconsin in the US, Daniella Lopez, 32, moved to Hong Kong three years ago. At Reuter Comms, she leads the lifestyle team and works with luxury brands to build awareness and strengthen brand positioning in Hong Kong, the Mainland and Southeast Asia. And having previously been involved with TEDxShanghaiWomen, she was part of the founding team in Hong Kong behind TEDxTinHauWomen — an independently organized community talk following the TED format — in the city. “I help drive our goal, which is really to provide a platform for local speakers to share their stories and to create a sense of community through our events, the organizing team, our social media and our year-long fit and community activities,” Lopez explains.

How does she juggle her roles? Lopez admits it’s hard working on TEDxTinHauWomen outside of office hours — but that she finds it “very empowering to be part of a team of strong women that lift me up and encourage me to think differently and smarter.” And with that, she hopes to “bring positive energy and a fun community platform to Hong Kong.” 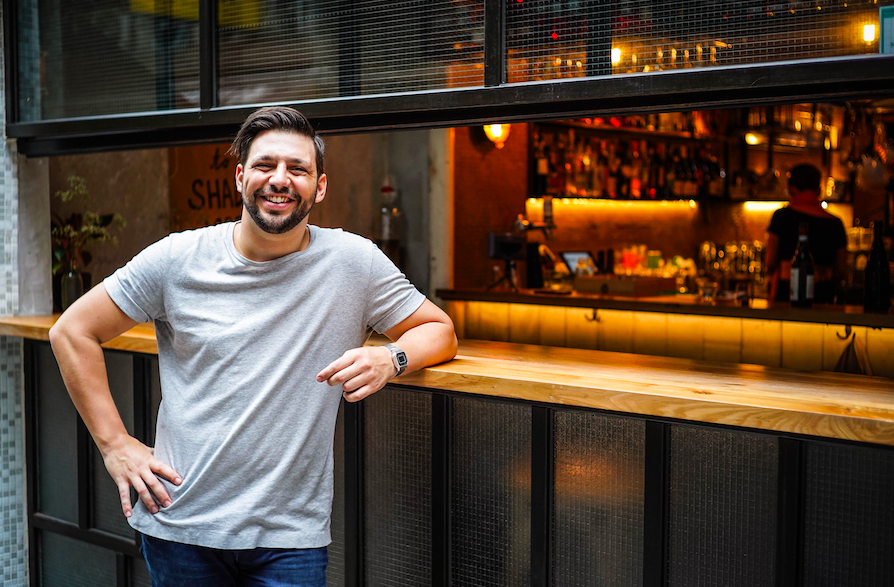 Bartending and hospitality had come to him “naturally,” says Nightingale — his enjoyment of  interacting with customers was a major factor. The idea behind The Shady Acres came from a desire to give Hong Kong a top-notch experience in a neighborhood-style joint.

“There’s been a great influx of cocktail bars, wine bars and snacking dens, but they’ve always been narrow in focus, which is great for creating an identity — but we really wanted to showcase our broader and varied talents and bring the focus back to the actual guest’s experience of having a good time in a bar,” he says.

His inspirations: “Artistically driven people … who really balance the mundane with the unique to create something singular and approachable.”

On role models: “I think you learn best by observing everyone around you and doing your best to take the bits of what you’ve learned from everyone and try to shape it into something new and unique.”