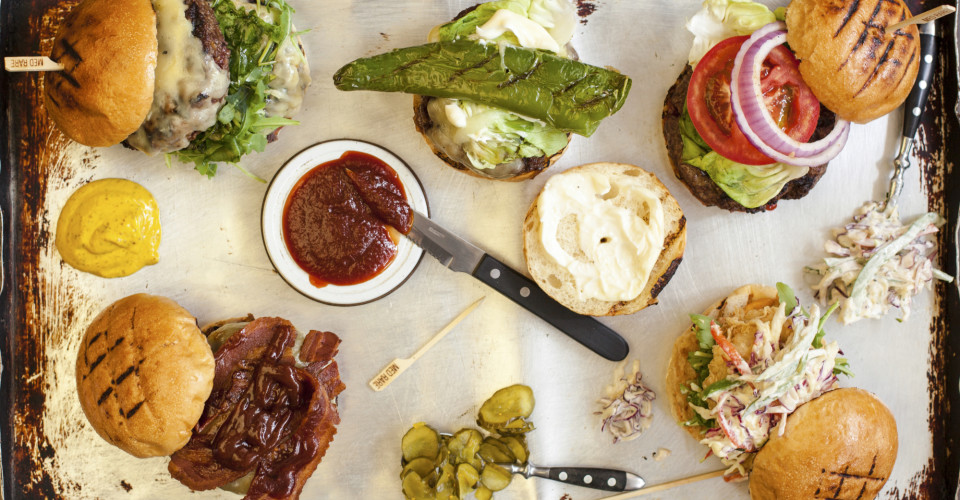 Give me liberty, or give me a damn burger

If you’d asked us about Hong Kong’s best burger a couple of years ago, we honestly would’ve had trouble coming up with a decent bun. But the burger scene has finally matured enough in Hong Kong that we can now count a handful of restaurants flipping up proper patties.

There’s a reason why everyone keeps talking about The Butchers Club Burger — these guys really know what they’re doing. Not only is the beef here aged in the Club’s Wong Chuk Hang facility, it’s also ground fresh every day right before being thrown onto the grill and cooked to perfection. If you opt for the signature bacon cheeseburger, you can expect big beefy bites and perfectly crisp bacon. There’s also a not-so-secret menu that’s chock-full of creative offerings. Pair it with some duck fat fries, a root beer float and you’ll be as happy as can be.
G/F, Rialto Building, 2 Landale Street, Wan Chai, 2528-2083. Also a branch at 112-114 Wellington Street, Central and another coming soon in K 11 Mall in TST. 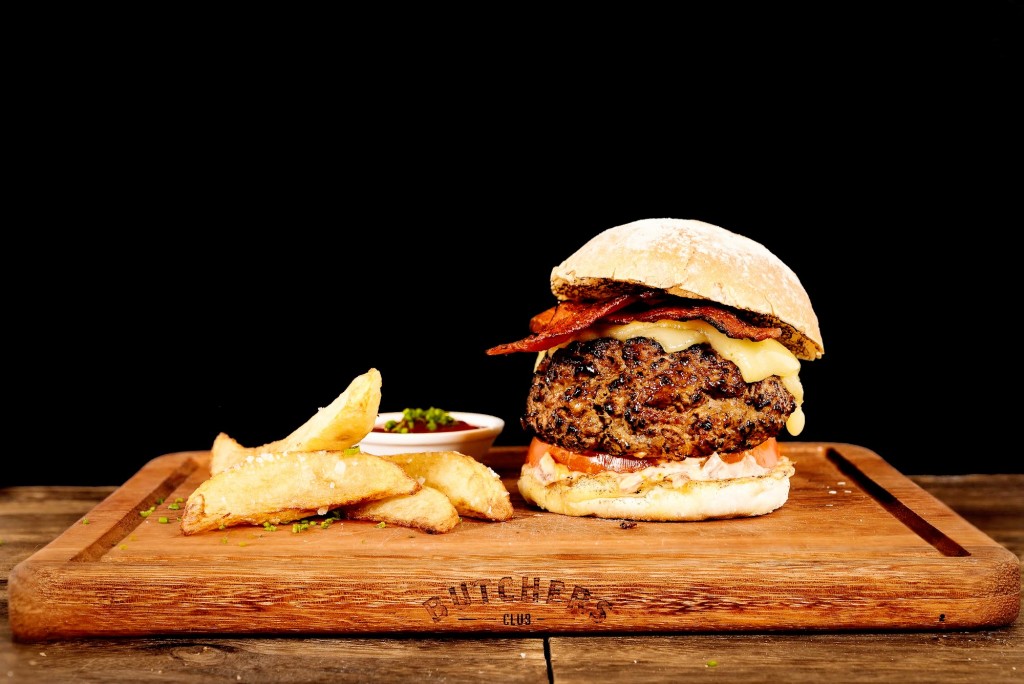 One of our favorite American joints in town, The Diner does more than a bang-up breakfast. It’s also a hot spot for a good old American-style burger, with a huge selection of over 15 types of burger buns alone. Out to impress? Go for the jaw-dropping Skyscraper burger, which is a four-story tower of six-ounce patties plus bacon, onion and more. Yep, this place is serious about its buns.
4-8 Arbuthnot Road, Central, 2562-3181.

Just opened in April of 2015, Big Ferdinand is an international chain hailing from Paris. At first we were kind of like: really, France? Burgers? But we are pleasantly surprised by the quality of the patties at Big Ferdinand, plus it’s kind of hard to disagree with the throwback 80s music and homestyle French fries. Choose from one of six signature burgers or go a little wild and customize your own — there’s chicken, lamb, veal and beef on offer as well as a slew of toppings such as French cheese and grilled veg.
2/F, Shop 2017, IFC, 8 Finance Street, Central, 6650-0580. It may be an international chain that’s been around for a while, but MOS Burger is still killing it when it comes to something quick, easy and freshly cooked to order. Japanese founder Mr. Sakurada actually got the idea for the shop while working in Los Angeles, where he dined at the same burger joint every day. He later launched the very first outlet in Tokyo in 1972 — and the rest is history. Thanks to its east-meets-west heritage, there are always some surprising specialities on the menu, so check what’s new and finish everything off with a Hokkaido milk ice cream.
Various outlets, including Shop Units G06-07, G/F, Emperor Group Centre, 288 Hennessy Road, Wan Chai, 2565-6498.

This stalwart is not only home to awesome burgers, but it has also been beefing up its craft beer list too. The chefs at Beef & Liberty are the first to admit that they’re perfectionists and have been working on their perfect burger for a while — picture premium Tasmanian grass-fed beef, Tiptree ketchup, bacon jam, house pickles and fresh raclette cheese. It’s a thing of beauty to be sure, only enhanced by all the variations. In addition to the many beef options, burgers here also come in the form of chicken, lamb and falafel.
23 Wing Fung Street, Wan Chai, 2811-3009. 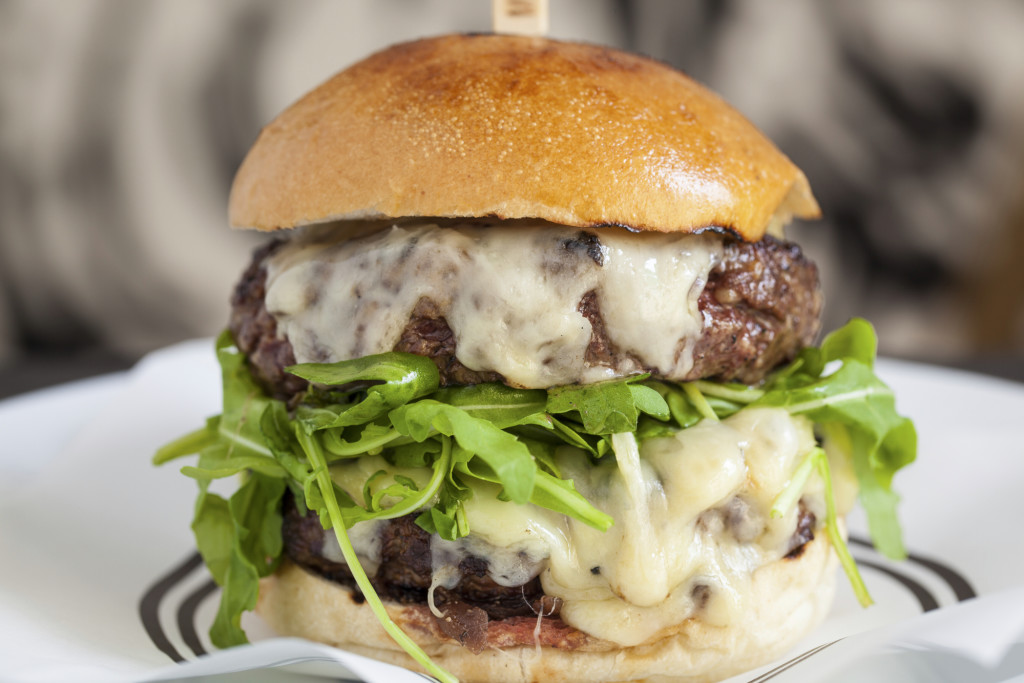 There aren’t too many authentic New York City-style delis in the city, but Main St. Deli at the Langham Hotel set out to fill the void when it opened way back in 2001. As you can imagine: everything is huge here, from the onion rings to the decadent burgers. One of the best options is the blue cheese and caramelized onion burger, which is so large it’s impossible to eat it gracefully. But somehow we’re sure you can find some room for the buffalo wings, crispy French fries and a chocolate milkshake.
Lower Lobby Level, 8 Peking Road, Tsim Sha Tsui, 2132-7898. 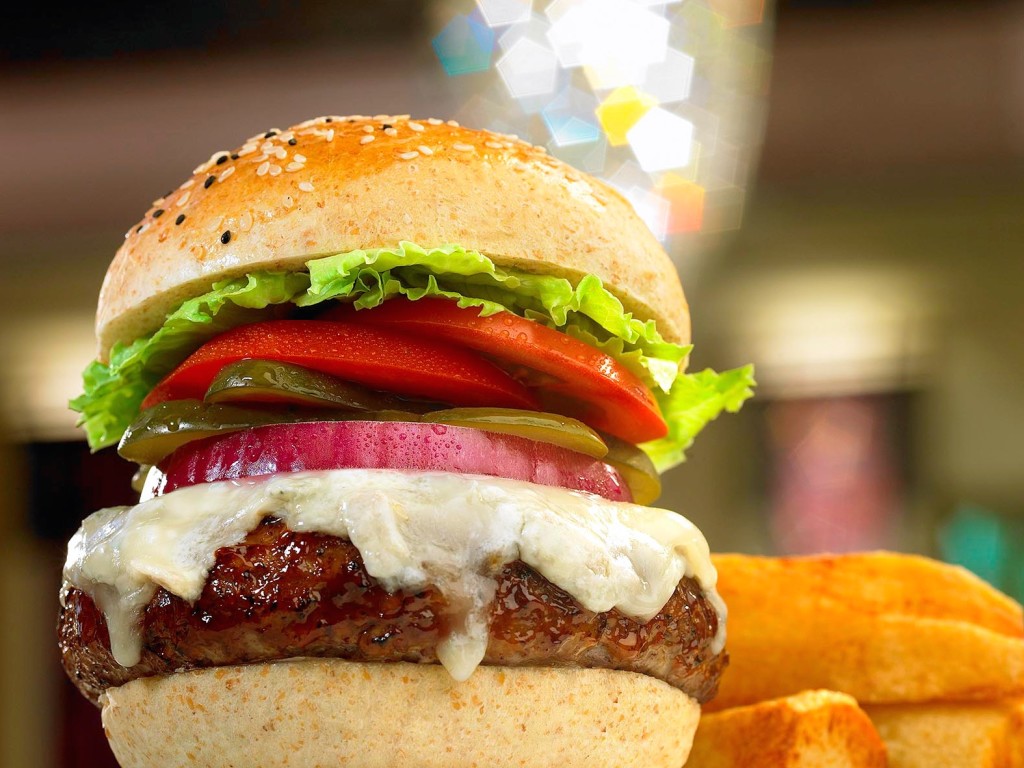 New Wan Chai hot spot Burger Joys is one step up from a straight-up fast food restaurants but several steps up in quality. Grab a seat at the American-themed restaurant and order a signature double cheeseburger and a big-ass milkshake. Though the buns lack a little in flavor, the burger makes up for it with tons of melty cheese and juicy beef patties. Round out the meal with some tater tots, sweet potato fries and an American craft beer, and you’re good to go.
Shop E, G/F, De Fenwick, 42-50 Lockhart Road, Wan Chai, 2787-1288.