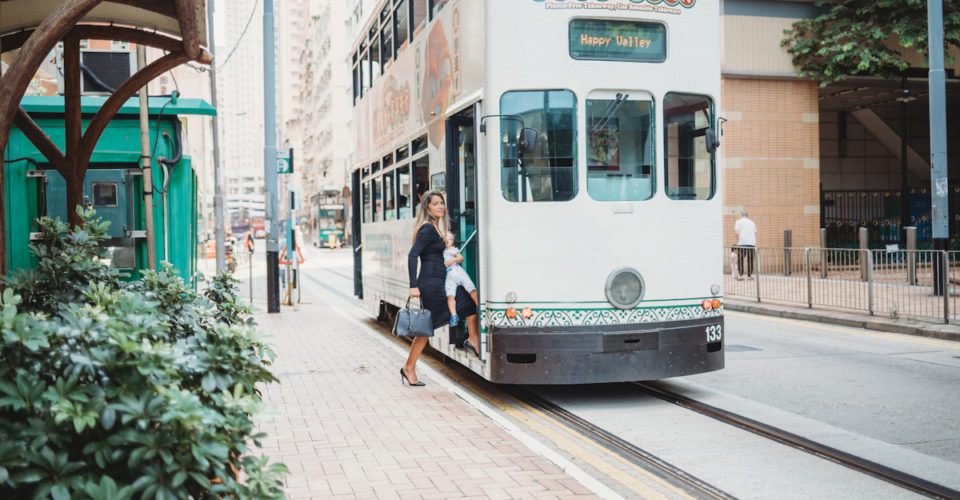 Liz Thomas is the founder of the #ittasteslikelove breastfeeding normalization campaign, where participating restaurants and retailers across the city show their support by giving a safe space for mothers to breastfeed publicly on their premises. She tells The Loop HK about the fight to normalize breastfeeding in Hong Kong.

The aim of #Ittasteslikelove is to normalize breastfeeding, but at its core, it is a women’s rights campaign. People think of breastfeeding as a niche concept, an issue only for new mothers. But actually,  all of us are responsible for creating a fairer, more equal, and kinder society.

This is part of a wider conversation of how, appallingly, in the 21st century people still feel they can tell women what they can and can’t do with their bodies.

Breastfeeding is natural, it is the biological norm, so it astonishes me that we have to re-normalize it. People aren’t used to seeing it happen, especially out in the open. We’ve gotten so used to breasts as solely sexual — in advertising, in films, in music videos — that seeing them used for their primary purpose comes as a shock.

At #Ittasteslikelove we’re trying to change that conversation. We are trying to ensure parents everywhere feel comfortable nursing however, wherever, and whenever they need to. That means with or without a cover — their choice, no one else’s.

I started it because I found myself helping a mama who was struggling to nurse her baby at a bus stop. She was so nervous of what people might think. Her little one was distressed, she was trying to care for him, and yet also having to worry about being attacked by grown adults for doing so.  It’s a dismal situation but I realized that a lot of mothers might feel this way, and while I can’t sit with every one of them, I can do something that makes sure society is educated to do better.

I believe that normalizing breastfeeding is of course about encouraging mothers to do so openly, but also about making sure we tackle any barriers that make them feel they can’t — at home and in public.

Cafes, bars, and restaurants are frequented by a cross section of communities, so if we can ensure these places don’t just tolerate breastfeeding but actively support it, this not only emboldens parents, who know they are in a safe place, but it shows all these different people there’s no place for their disapproval. And then, perhaps they might see there is no need to be disapproving at all.

I think the F & B industry helps drive change: whether it’s encouraging people to ditch plastic straws, go zero waste, or trying vegan meals. But I am still surprised at the level of support we’ve had: so many venues jumped to support it from the beginning. I think most smart restaurateurs know instinctively that the modern consumer wants to support ethical firms, and it makes business sense to make socially responsible choices.

We’ve obviously approached a few and had them fear an imagined response: “People might be offended” — but that kind of thinking is really backward and will ultimately backfire. You have to move with the times.

We have more than 100 places signed up, including household names such as Pizza Express, Oolaa!, Frites and MANA!, as well as international groups including Pret, Maximal Concepts, and Black Sheep Restaurants.

It’s been so successful that other businesses from other industries have joined — so we now have salons, medical practices, gyms, and education centers also pledging their support.

The world, and Hong Kong, still have a long way to go

It’s slowly improving but we have a long way to go. The Instagram and TikTok generation are becoming parents and breastfeeding is just another part of their lives they are happy to share online. And that honesty is having real world effects.

But we can’t escape the fact that some 40 percent of women who breastfeed in public say they’ve experienced harassment for doing so, which is utterly unacceptable.

This is supposed to be a modern, world city but a big part of the problem is that some of Hong Kong’s institutions and people still operate with a colonial 1950s mentality. So mothers have been told to cover up in public parks, in museums, or  in malls all because of some bizarre concern about modesty. But if short shorts and bikini tops don’t upset anyone (nor should they), why should seeing a mother nurse her child?

Even in maternity wards and the MCHCs, both of which have been tasked with promoting and supporting breastfeeding, many nurses are still more concerned about male doctors or fathers seeing, than guiding women through any challenges. So if the very places that are supposed to help are instead still adding to the stigma, you can see how much of an uphill battle it is.

Education and support are crucial to empowerment

Removing the stigma about public breastfeeding starts long before a mother leaves her front door.

What new mothers need is educated support and encouragement from family and friends. They need community backing and positivity.

So if women in your family are nursing, be positive, be encouraging. Breastfeeding can be a challenge at the start so acknowledge any stresses she might have, and admire her for persevering. Grow your own knowledge about the topic and don’t tout formula as the solution for every problem. Keep in mind that babies nurse for many reasons, and hunger is only one of them. They may be thirsty, need comfort or reassurance, or simply want to be close to mama. Frequent nursing does not mean mama is not making enough milk. If she feels she needs support, then help her find a good lactation consultant or go with her to a La Leche League meeting.

I say this because emboldening new mothers at home makes all the difference when they go out. Like anything, if you already feel confident, tackling fresh challenges is much easier.

If you see a woman nursing in public, and it’s appropriate to do so, tell her she’s doing a great job. The more people see public breastfeeding, the more normal it becomes, and the more people see that the practice is supported and celebrated, the more it will be valued.

The campaign encourages all businesses to take a stand against discrimination and pledge that their places are safe spaces for nursing mothers. So if you run a business, or want to recommend one as a partner, get in touch.

One big issue is that while the government wants more women to breastfeed and more women to do it for longer it has been very slow to actually do anything to help them actually achieve this.

Hong Kong statutory maternity leave is set at 10 weeks (rising to 14 weeks in 2021). This is well below World Health Organisation and Unicef recommendations of 18 weeks paid leave. This is one of the main reasons that just 27.9 percent of women here meet WHO guidelines to exclusively nurse for the first six months.

Only now, in 2020, have authorities updated discrimination laws to protect women who pump milk at work. However, they only offer guidelines to businesses on best practice on workplace provisions for mothers. This means many places make it incredibly difficult for women to both earn a living and produce nourishment for their child.

Too many women are still pumping in corridors, toilets, or store cupboards as if it is a shameful act.

Paternity leave is a woeful five days, so the burden is on women to both bear and nurture babies, AND to play their part in the economy.

The better we treat mothers, the higher breastfeeding rates will rise, and the more people will realize the inexplicable constraints we put on breastfeeding women are just untenable — and this is crucial to normalising nursing everywhere.