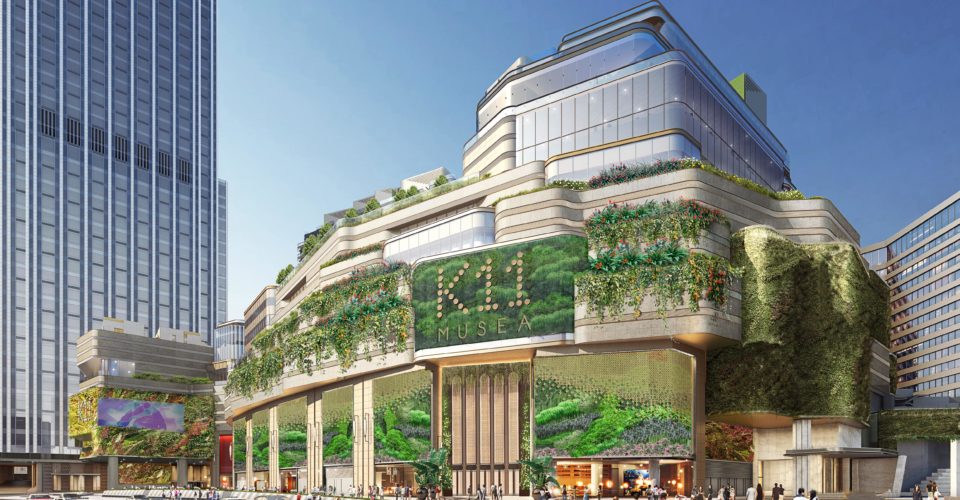 Victoria Dockside is already making waves as the new green riverfront suburb and things are about to be ramped up a level: This week, UA Cinemas announced that a massive 12-theatre cinema will be opening in the K11 design complex.

K11 Musea — a name inspired by muses in Greek mythology who are the inspirational goddesses of literature, science and art — is the latest and most exciting project by UA Cinema group, who opened their first Hong Kong cinema in 1985.

Set to open on the 4th floor of the K11 Victoria Dockside complex, K11 Musea will be settling into the Hong Kong film industry’s most iconic location, right by the Avenue of Stars. The news of its opening comes only a month after the landmark attraction reopened following a renovation that lasted more than three years. Excluding a Bruce Lee statue and a few other attractions, the Avenue of Stars was completely closed off during renovations.

In line with its iconic location, there’s hope that K11 Musea will become a new landmark and film hub. Given it’s proximity to the Avenue of Stars and immense size — which equals that of cinemas in the 60s and 70s — it’s a milestone in space-deprived Hong Kong.

The new Cinema theatre won’t be limited to just movies however. Running in line with K11’s creative focus, the 1,711-seat cinema will also be home to art displays, interactive designs and regular theater performances. While the official opening date hasn’t yet been announced, cinema fans can expect to see showtimes on display is the third quarter of 2019.