Smack in between trendy Causeway Bay and quaint Quarry Bay, North Point is a mixed-use area in the Eastern district. In the past, North Point was dubbed ‘Little Shanghai,’ was a military base, and was also one of the city’s main leisure destinations. Today, its gentrification means it is filled with boutique hotels and mini-luxurious apartments that stand beside ageing tenement blocks. 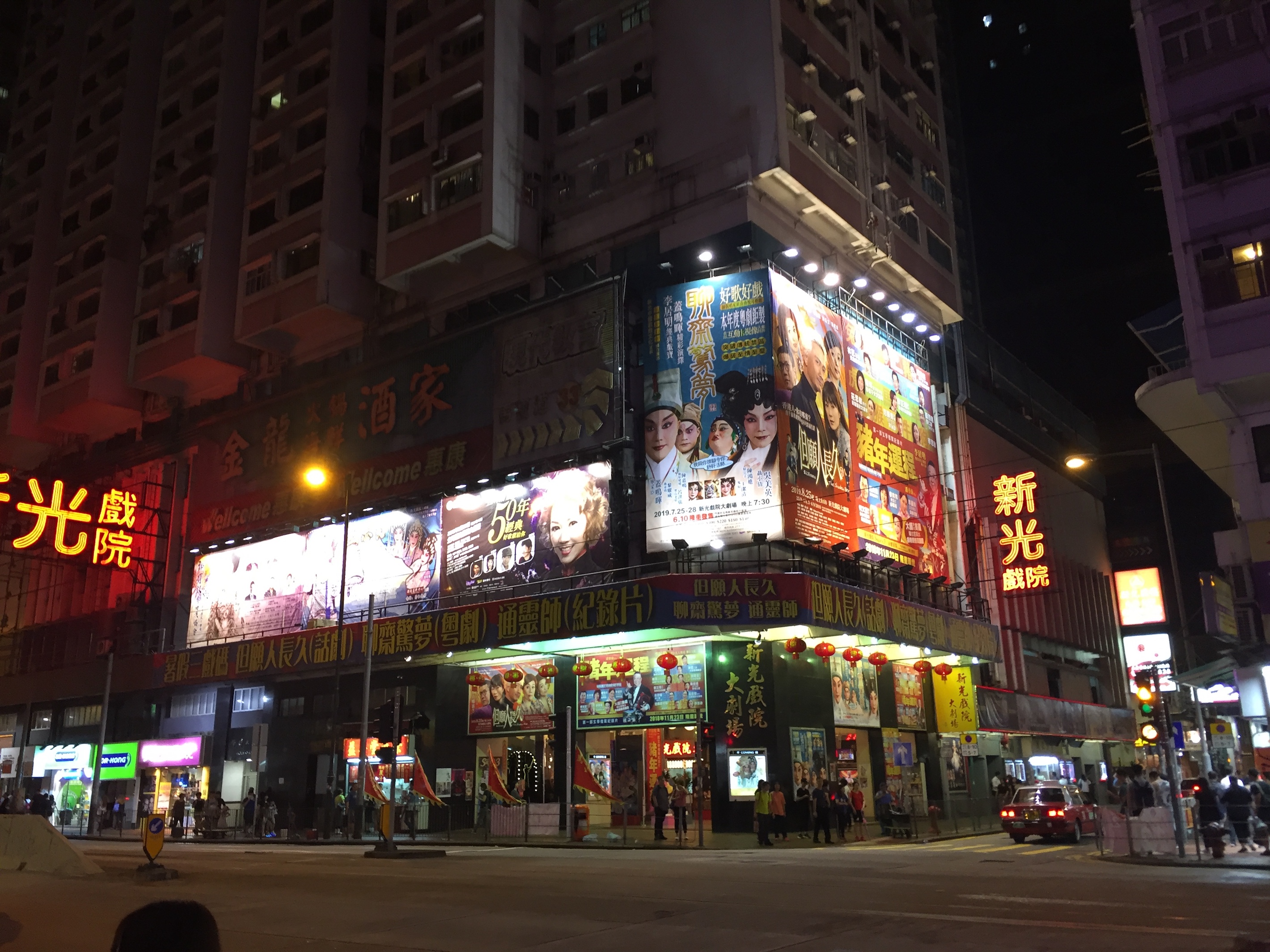 Fancy a movie or eager to watch the latest Cantonese opera performance? Head over to Sunbeam Theatre, one of the most iconic landmarks in North Point, which is found at the corner of King’s Road and Shu Kuk Street. Established by mainland Chinese immigrants in 1972 to promote Chinese culture and art, today it has large billboard size photos of actors and neon signs to make any passersby wanting to look up for the latest buzz in local entertainment. A grandiose reception hall greets you the moment you step in. 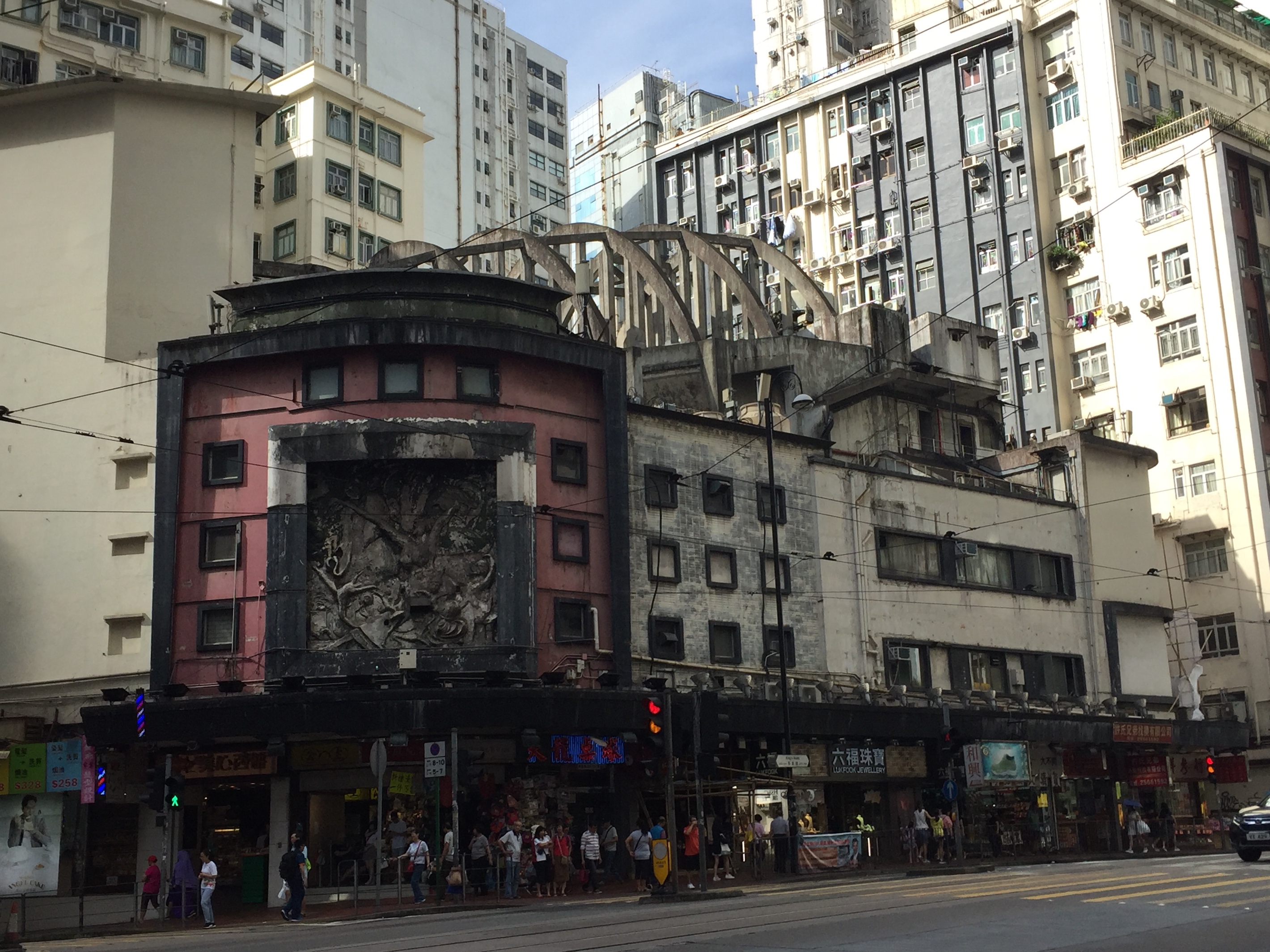 Seeking the same attention as Sunbeam Theatre is the State Theatre. Also on King’s Road, you might not notice this historical building unless you are walking on the opposite side of the street. And because of its decrepit-looking state, no wonder people easily miss it. Yet, look closer, you’ll see the mural that depicts Diaochan, one of China’s ancient “Four Beauties”, that once covered a massive billboard. Formerly a movie theater that opened in 1952, it only houses shops on the ground floor. 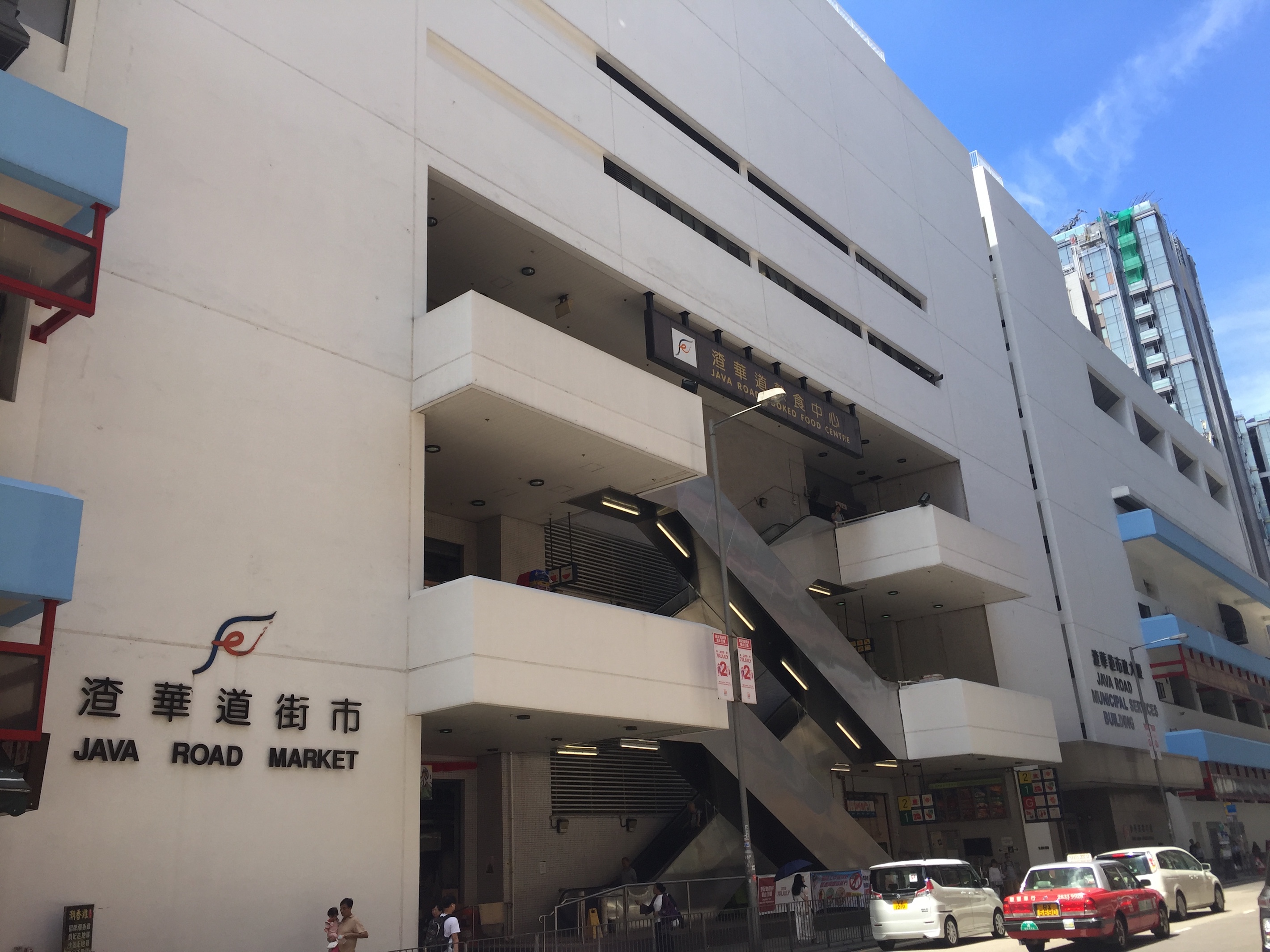 Java Market on Java Road is a staple for night outs with family and friends. While it provides your typical wet market offerings of meat, poultry, fruits and vegetables on the lower floors, it’s on the second floor where the party truly happens. For one, the owner of Tung Po Seafood Restaurant Robby Cheung is a fixture in the area for creating a lively eating atmosphere thanks to his dance moves and ability to open a beer with a chopstick! Originally built in 1908, Oi! was once the headquarters of the Royal Hong Kong Yacht club. It has seen multiple transformations And today, Oi! is a non-profit art space managed by the government’s Leisure and Culture Service Department. It hosts art installations and events in this historical architectural building. Known as Wah Fung among locals, Chinese Goods Centre was once Hong Kong’s largest department store — when it first opened in 1963. It turned infamous when it became ground zero for the 1967 riots. Today, it offers Chinese herbs, small and seasonal goods, and discounted luggage. This is the new kid in the area overlooking the Kowloon Bay skyline. Standing where the North Point Estate once stood but demolished in 1989, Harbour North at Hotel Vic is a quick escape from the heat. Venture indoors and discover some of the mall’s trendiest beauty and fashion shops. Stroll outside the well-manicured seating area while soaking in the sunset! And if you have time, head next door to North Point Pier and hop onto the ferry towards the Kwun Tong Pier.

North Point is a 20-25 minute walk from Causeway Bay. Or take the tram to really immerse yourself to the district. With phase 2 of Harbour North underway, North Point has seen an awakening when it comes to more visitors while some making it their new home.

How to get here: