What to Do Around Hong Kong’s Longest Escalator Spanning 800 meters and rising 135 meters through the steep hillside between Central and Mid-Levels is the world’s longest outdoor covered escalator series, completed in 1993 at a cost of $245million. Made up of a series of 20 escalators and three moving walkways with connecting footbridges, the free transport system offers easy passage for 85,000 people daily.

Here are some noteworthy stops along the path, from the bustling urban jungle of Central to the leafy residential neighborhood of Mid-Levels! 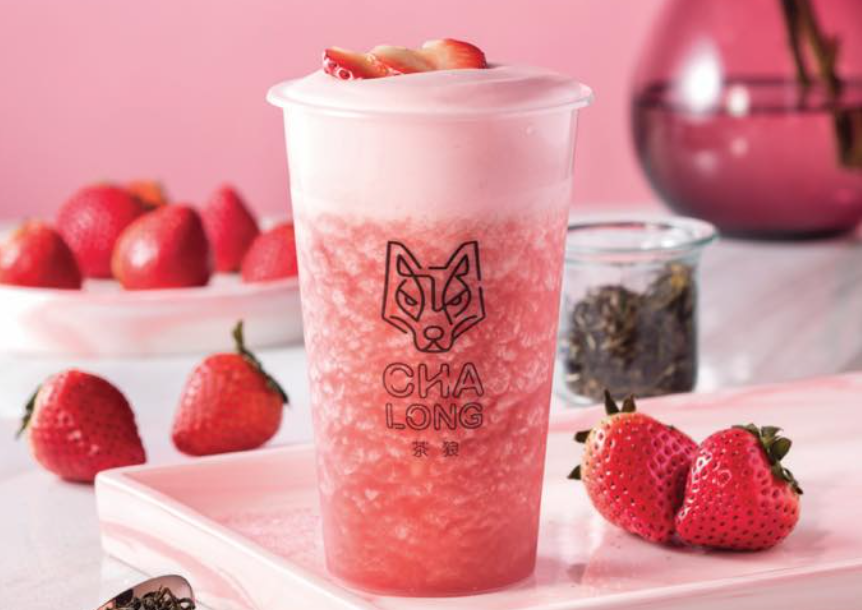 Get your drink on at Cha Long at 100 Queen’s Road Central, the starting point of our escalator adventure. Creamy cheese topped teas are all the rage in Hong Kong, so make sure to grab one of Cha Long’s signatures. Our fave: the roasted oolong at 50 percent sweetness topped with that dreamy cloud of cheese.

Put Your Feet Up Take one flight up the moving walkway and head straight to ZEN Foot Massage. Put your feet up for some serious R&R while sipping your chilled tea and indulging in Netflix. We usually go for the 50-minute foot massage for $218. The Graham Street Market is one of Hong Kong’s oldest wet markets, and has been in operation since 1938. At one time, it was the largest meat market in Southeast Asia. The area is currently undergoing a $500 million facelift, but you can still browse around the many vendors selling fresh fruits, vegetables, meats and seafood. For the total tourist experience, stop by at Lan Fong Yuen for the iconic creamy Hong Kong milk tea. Back in the late 19th century, Lyndhurst Terrace was notoriously known as the “red light” district for European brothels. Today its ratings have been lowered to “G”, with the street filled with boutiques and restaurants. Battle mobs of tourists for freshly baked egg tarts at Tai Cheong Bakery, described by Hong Kong’s last British governor as “the best in the world”. With its own dedicated pathway from the Central escalators, the recently renovated former police headquarters, Tai Kwun, is the cultural landmark du jour. Built in 1864, the historical site underwent a whopping $1.8 billion revitalization project that transformed it into a cultural hub packed with restaurants, bars, art galleries and heritage exhibits. Stop for some spicy xiaolongbao at Old Bailey; a sumptuous dinner at The Chinese Library; or a drink at Thai eatery Aaharn before heading back on the escalator. Venture off the escalator for a short detour around SoHo, short for “south of Hollywood” road. Trendy restaurants and bars run along Elgin and Staunton street, the two main arteries in this enclave. Stop for a bite at SoulFood Thai, Okinawan specialities at Kinjo’s Izakaya, fresh pasta at Pici, aromatic tagines at Olive or simply grab a beer at the old watering hole of Staunton’s and people watch. There are also plenty of cool wall murals for Insta-fame glory. Fun fact: this bustling neighborhood was the first headquarters for French religious group Etrangeres de Paris, which organized Catholic missions throughout China!

Walk a little further down Staunton Street and you’ll come to the Former Police Married Quarters, aka PMQ. The former apartment blocks have been refurbished into a center for creative products, restaurants, and artisanal gatherings. Get back on the magic carpet ride that are the escalators and head further up the hill to Rednaxela Terrace, which got its funky spelling from a mistake by a Chinese worker who painted the street name backwards (as traditional Chinese text is read from right to left). A pair of teal-colored wrought-iron gates leads to Jamia Mosque, site of the first mosque built in Hong Kong (1850). Take a short detour to marvel at the pastel teal mosque and its glass windows. Stop for a scrumptious treat and a latte at Feather & Bone just a few steps up from the mosque.

End of the Road

The final stop on the escalators ends on Conduit Road, a leafy, relatively more established residential neighbourhood in the Mid-Levels. You can either turn around and head back, or walk along Conduit towards Hatton Road, which leads up to the Morning Trail to the Peak. The inclined hike up will take about 25 minutes, depending on fitness levels.