Forget what you know about Mong Kok from films and the media. In truth, it’s always been a happening neighborhood with endless entertainment options. One of the busiest districts in the world, Mong Kok is renowned for its shopping, and with old-school establishments still thriving and new blood constantly joining the scene, there are plenty of dining options worth exploring. 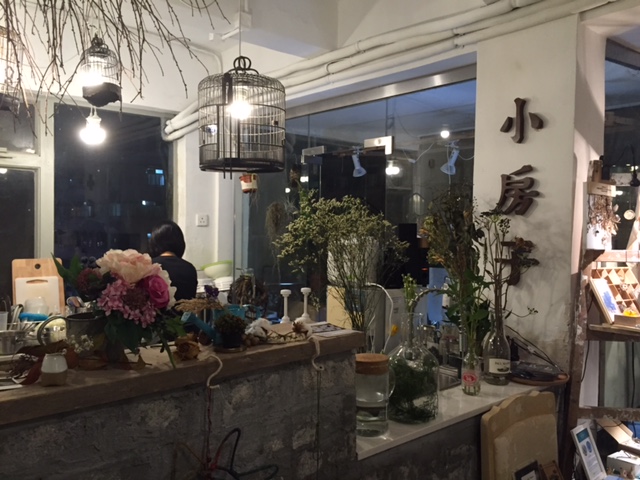 The Hut in Mong Kok

There’s an upstairs eatery-slash-retail-space in Mong Kok that’s unlike any other. Taking up a small space in a walk-up on Soy Street, rustically decked-out The Hut (小房子) specializes in Japanese-inspired, next-level desserts — think gelatinous cherry blossom cake and tofu cheesecake. There are also a variety of teas that go above and beyond your standard red tea, like jasmine- and honey-infused green tea, chrysanthemum pu’erh and green apple tieguanyin, just to name a few. The elegant yet laid-back atmosphere makes The Hut a comfortable space to while away a sunny afternoon. 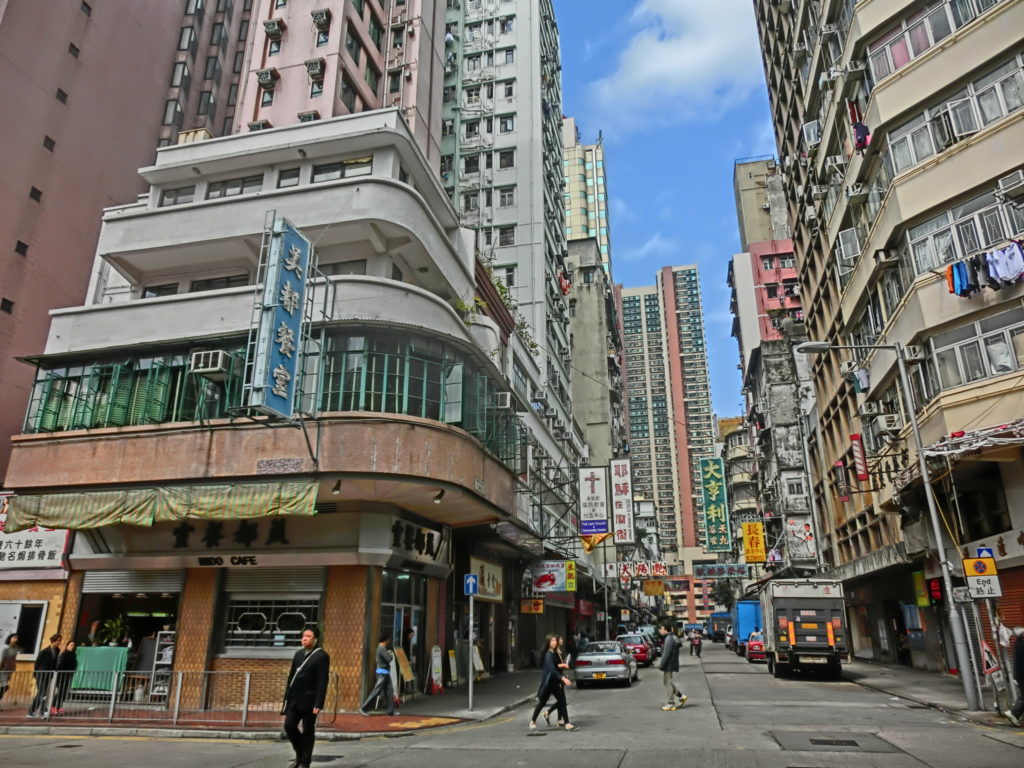 Much-loved cha chaan teng Mido Cafe has been around since 1950, and is still going strong. The interiors from previous years have been kept pretty much intact — you’ll find remnants from a bygone era like tiled walls and floors, Bauhaus-style windows, and even spittoons. The signature baked pork chop rice served with a thick tomato sauce is a must-try, alongside classic cha chaan teng fare like milk tea. Admittedly, these days it’s much more of a tourist spot, but Mido Cafe’s Instagram-friendly decor and old-school vibes make it well worth a visit.

Take a stroll down the street markets Mong Kok is renowned for its markets and shopping streets, where shops selling similar goods cluster around the same area — a common practice in Southern Chinese towns. Although some of them are heavily touristy, they’re a sight to behold — and great to take friends from out of town. You probably know all about the Ladies’ Market, Flower Market and Bird Market by now. We also love Sneaker Street, aka Fa Yuen Street, for excellent bargains on a huge selection of kicks that include limited editions. During weekends and public holidays, Sai Yeung Choi Street just by Ladies’ Market turns into a performance area after dark — catch street dancers and singers alike.

Shop ’til you drop

Aside from its markets, Mong Kok has plenty of malls dedicated to specific goods, so skip the luxury malls and give these shopping centers a spin. Big kids at heart should head to In’s Point (about a 10-minute walk from Mong Kok, closer to Yau Ma Tei station), a two-story building jam-packed with shops selling toys of all kinds. Mong Kok Computer Centre, on the other hand, offers just about every kind of electronic item you can think of — all for a fraction of the price you’d find elsewhere.

Be in touch with your inner hipster Kubrick, just a stone’s throw away from Mong Kok in Yau Ma Tei, is a hidden gem worth a detour for. Located at arthouse theater Broadway Cinematheque, Kubrick is a cafe-slash-book store that stocks hundreds of hard-to-find titles that include books, magazines and DVDs, many of which you’d be hard-pressed to procure elsewhere.

Old-school noodle restaurant Hui Wing Kee (許榮記飲食專家) has been churning out Hong Kong-style comfort foods for quite some time. The signature Chiu Chow oyster congee is particularly worth a try, while other popular dishes include fish ball rice noodles, beef satay and egg with rice, and vegetable dumplings. The no-frills joint is cheap and cheerful: you’ll walk out with a full belly for under $100. Humble, no-frills Kam Wah Cafe (located in Prince Edward, about a 10-minute walk from Mong Kok) serves up award-winning pineapple buns and Hong Kong-style French toasts. The ever-popular Hong Kong treats come with slabs of butter and are best washed down with an ice-cold milk tea. Your waistline might not thank you, but your tastebuds surely will.

Chicken pot diner 66 Hot Pot takes your regular hot pot to the next level with the addition of piping hot chicken to kick-start your meal. After you polish off the chicken served in the pot, broth is then added, soaking up the aromatic flavors of the meat. Then your hotpot meal begins. Choose from a list of ingredients that include the usual suspects like seafood and beef, as well as the likes of tender pork cartilage and even yam-filled fish balls. Better go on an empty stomach… 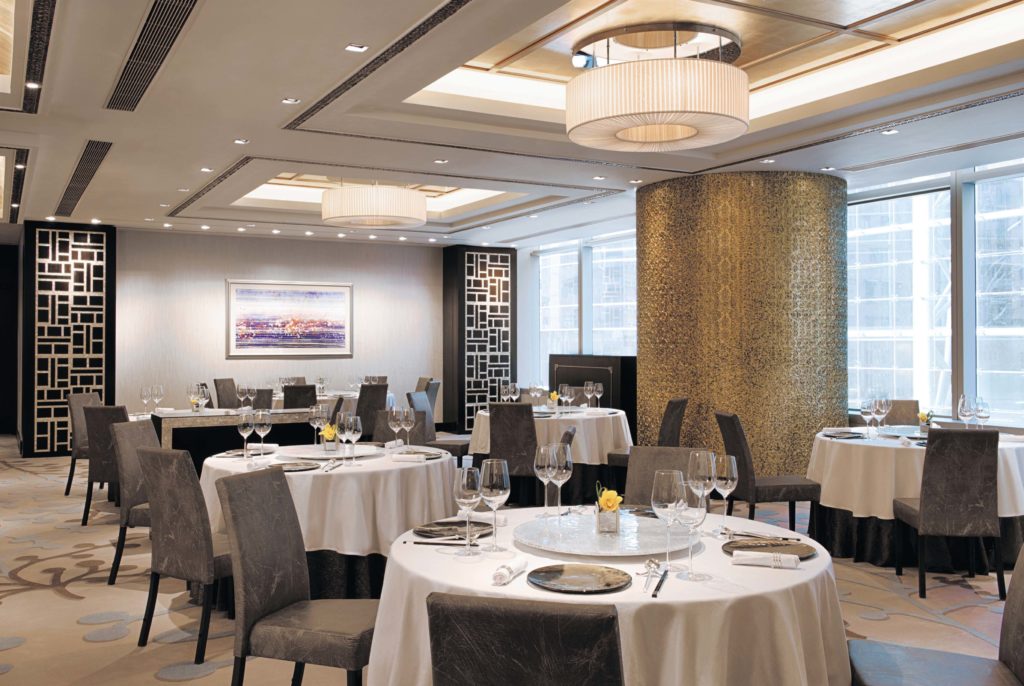 Want quality Cantonese food? Pencil Ming Court into your Mong Kok itinerary. The Cantonese fine-dine whips up authentic dishes in a sophisticated setting — think succulent honey-barbecued char siu, crispy seven-spiced crusted tofu and an array of dim sum dishes that are done right. We love Ming Court’s take on the har gow in particular, which is made with the addition of Shaoxing wine, bringing slightly sweet, earthy flavors.

With a nod from the Michelin man, Ming Court boasts top-notch service and also has an extensive wine pairing menu. The intersection of Dundas Street and Sai Yeung Choi Street South is chock-full of street food vendors, serving up local snacks like the venerable fish balls and siu mai, egg waffles, grilled squid tentacles and just about everything in between. Served on a stick or in a styrofoam bowl, they’re best eaten immediately. 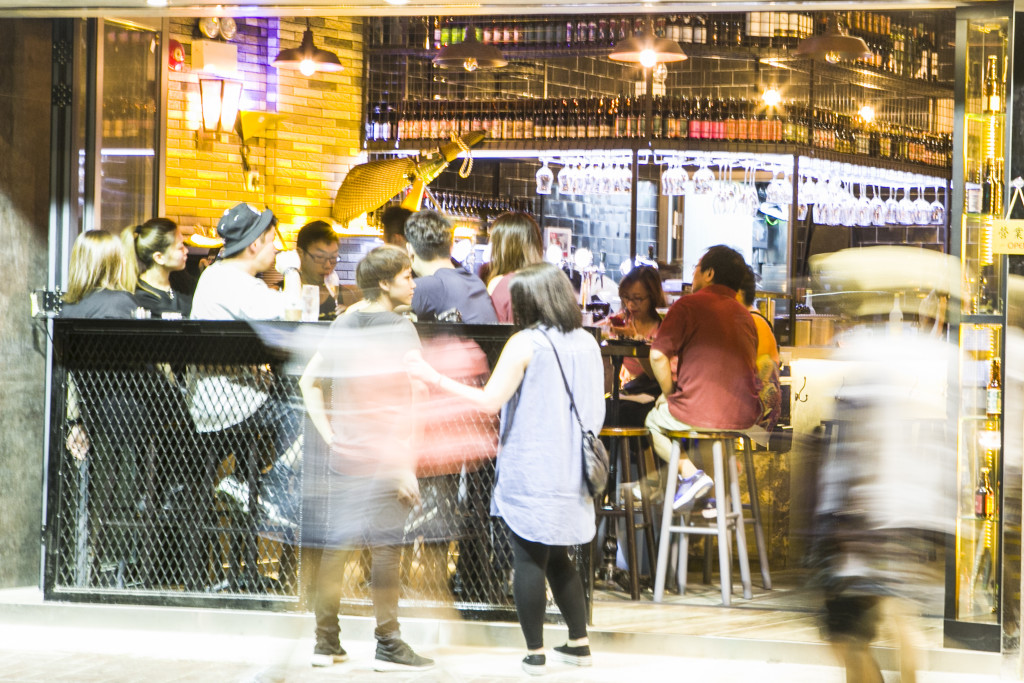 The craft beer craze is here to stay — and aren’t we glad that’s the case. Casual watering hole WOFT specializes in ales from Japan, German pilsners, and lagers from New Zealand alongside plenty of local labels. On the food side, there are dishes that pay homage to Hong Kong foods, albeit with a twist — think spicy egg waffles and gooey fermented beancurd fondue. Hak Po Street has long been known as a dining hub full of local eateries and hot pot restaurants, until TAP — The Ale Project joined the fray in 2014. Specializing in craft brews, TAP is affiliated with homegrown brewery Young Master Ales, serving up a great selection on tap (natch). There are also US imports from Anderson Valley and Founders. There’s a jovial atmosphere, with crowds spilling out to the streets. Order classic pub food with a Chinese twist, like the lap cheong schmear, with homemade pâté and lap cheong sausages. A hotel bar doesn’t have to be boring. For an aperitif or nightcap, head to Alibi — Wine Dine Be Social, a lounge bar that offers up wines and cocktails alongside tapas and light bites, as well as seafood and cheese platters. The classy space has a decidedly laid-back vibe that makes it a good spot for a refuelling session between all the shopping.

Real coffee aficionados should make a beeline to Knockbox Coffee Company. Here you’ll find artisanal coffees aplenty — and not a frappuccino with caramel drizzle in sight. Beans are ground in-house, while the shop is also equipped with expert brewing tools, so you know you’re getting the real deal here. Take some time out to chill out here in the comfortable, welcoming space.

It might seem strange for us to tell you to go to a Starbucks, but hear us out. The Starbucks Concept Store in Mong Kok was designed in collaboration with G.O.D. and famed local artist Stanley Wong, a.k.a. Anothermountainman. Inspired by old Hong Kong, this outlet ditches Starbucks’ standard cookie-cutter designs in favor of an industrial-chic aesthetic, complete with art inspired by the works of the late graffiti artist, “King of Kowloon” Tsang Tsou-choi. It also takes after cha chaan tengs’ practice of posting handwritten menus on walls. The second floor is modeled after an old-school Hong Kong cinema, with movie posters and other vintage memorabilia. Look out for a mahjong-tiled wall, stacked to read “good movies upstairs” in Chinese. Looking for staycation ideas? Just a stone’s throw from Mong Kok MTR station, The Langham Place Hotel underwent a complete revamp and was unveiled as Cordis, Hong Kong in 2015. The luxury property has trendy touches everywhere you turn, while the rooms boast spectacular views of Kowloon and Hong Kong Island. The rooms at the Cordis also come with some pretty thoughtful touches — like a complimentary portable Wifi router and mobile phone with local sim card. Booking a club room on the upper levels of the hotel allows access to the Club Lounge, which includes breakfast, afternoon tea, evening cocktails, sweet treats and a nightcap, with drinks and nibbles aplenty. Take some time out to hit the rooftop plunge pool and the award-winning Chuan Spa, which offers holistic treatments.

Located at the heart of Kowloon, Mong Kok is a short walk away from other neighborhoods worth exploring. Foodies might want to look to Yau Ma Tei: Home to the Temple Street Night Market, it has plenty of dai pai dongs offering great seafood dishes. For something a little bit off the beaten path, look further south to Jordan, where Foodtrip Bedana’s Filipino Restaurant (G/F, Shop J, 2 Saigon Street, Jordan, 2332-3643) stands. Located in an unassuming alleyway, the Filipino eatery churns out classic dishes from the Philippines alongside some Southeast Asian favorites.

This story was written for Cordis, Hong Kong by The Loop HK.