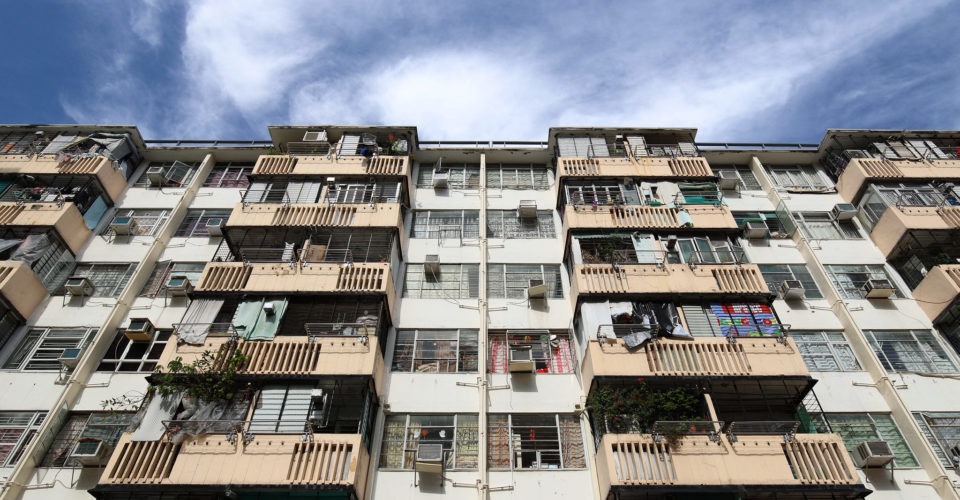 Finding adequate housing at reasonable rent is a constant conundrum in Hong Kong, especially for lower-income households who have limited funds to splash on rent. Many such families end up turning to poorer quality housing like subdivided flats, which in turn threaten the health and safety of residents due to overcrowding and improper remodelling of the property.

NGO Council of Social Service hopes to alleviate the problem with government-backed project Community Housing Movement, which offers lower-income tenants an opportunity to rent affordable, safe living space while waiting for public housing. The shared housing project differentiates itself from subdivided flats by ensuring properties adhere to fire and building regulations, and by allocating only two to three families to each flat (or: providing at least 75 square feet to each person). This might seem tiny to those who have lived outside of Hong Kong, but in such a space-starved city, 75 square feet is a big upgrade for a lot of the underprivileged population.

So far, 34 flats in Mong Kok and Kowloon City will be available by the end of the year. Meanwhile, Chief Excecutive Carrie Lam recently announced a new housing scheme for the “middle class” in Hong Kong in her first policy address.