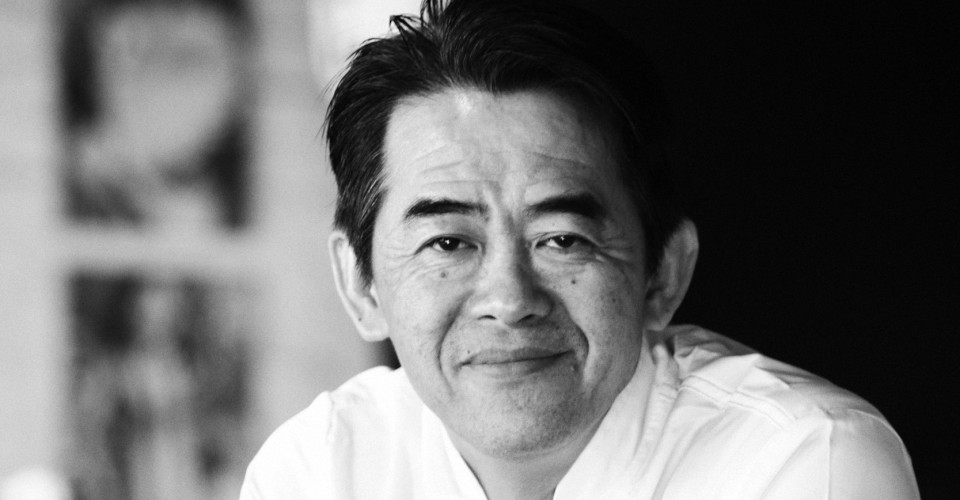 Peter Cuong Franklin is the chef-owner of casual eatery Viet Kitchen in Central. He tells Adele Wong about switching careers and the secret to a perfect bowl of pho.

Peter Cuong Franklin was born in Vietnam and grew up in the US. He studied food anthropology and gastronomy in the States and was on his way to becoming an academic until he applied for a PhD in anthropology at the Chinese University of Hong Kong and got promptly rejected.

He then began an adventure in investment banking in Hong Kong instead, but realized his first and true passion was cooking. Franklin enrolled in Le Cordon Bleu in Bangkok and worked at prestigious kitchens around the world — including Alinea in Chicago, and Caprice in Hong Kong — before he started his own ventures. One of them was Chôm Chôm, which he later left to open Viet Kitchen, a colorful ground floor restaurant in a massive corporate building in Central that offers a trendy and faithful take on the Southeast Asian cuisine.

When did you settle in Hong Kong?

I came here about 20 years ago, in ’94. When I came, I was working at an investment bank right across the street from [Viet Kitchen]. So it’s kind of strange to me now, I’m like on the other side of the track.

It’s a fairly big change. But food and cooking have always been in my blood. I grew up in a very small village called Da Lat in Vietnam. My mom had a tiny little — I wouldn’t call it a restaurant, but it was basically outside the living room with a couple of tables. It was kind of like a village place where people would gather. It was right next to the local market. She’d walk across the street just to buy her stuff to make her dishes. Her friends and neighbors would come and they would say, “What do you have to sell today? I want a bowl of noodles,” or something like that.

What is the story behind your last name, Franklin?

I was adopted by an American family when I went to the US as a refugee from Vietnam. I was 12. My natural mother is still in Vietnam in the small village where I was born. It’s a long and complicated story — worthy of a book — but my mom and I were separated for nearly 20 years after the Vietnam War. You could say that I have two sets of parents and two motherlands: Vietnam and America.

Is it easy to source Vietnamese ingredients in Hong Kong?

If you look at Hong Kong food culture versus Vietnam or Southeast Asia, it’s very different even though we’re only about a couple of hours away. When you go to parts of Australia, Sydney, parts of the US, there are large communities of Vietnamese people that actually grow, consume, produce Vietnamese herbs and ingredients. In Hong Kong we don’t have that community. There are very few [Vietnamese] here.

Also, look at Cantonese cuisine: almost everything is cooked, there are no fresh herbs. The other thing in Vietnamese cooking is we use a lot of citrus in the food: lime, tamarind, things like that, that you cannot find in the local market because they are not used in local cooking.

What’s the secret behind a perfect bowl of pho?

The most important thing with pho is the beef broth, then you have the rice noodles, meats and toppings. But if you just make the beef broth, you would have beef soup, you don’t have pho yet. Start with a very clear beef broth. If you go to Vietnam you would not see a cloudy dark broth, but most of the places outside of Vietnam, you would see cloudy broths. Strictly speaking, that’s not pho.

So you need a very clean, clear broth to start with, then it has to be flavored with some spices like star anise, cinnamon. That’s probably the most important thing. And then the noodle, traditionally, is fresh and hand-cut. For me, the best is in Hanoi. It’s the only place in the world now where they make fresh noodles the way they’re supposed to be done. Even in the south of Vietnam, you don’t have that anymore.

And then you have your meat. If you go to Hanoi, there’s a maximum of two types: brisket, and raw meat that’s been chopped up or sliced.

Where do you source your pho noodles from?

Originally I thought of importing fresh rice noodles from Hanoi, but the cost was prohibitive and the fresh rice noodles would last only for the day.  Our pho noodles now come from a fresh noodle supplier in Hong Kong, which come very close to the noodles in Hanoi.

Very few places make fresh rice noodles these days — Hong Kong and Hanoi are two of the few places left. Enjoy them while they last because I think they will both disappear soon. It’s a dying art which involves a lot of work and little profit.

What makes Vietnamese cuisine stand out?

China colonized Vietnam for 1,000 years, the French for about 100 years, and the Americans for about 25 years. Vietnam’s [geographical location] is in Southeast Asia so the country also has this bounty of Southeast Asian ingredients and herbs and spices. This beautiful combination [of cultures] is unique, no other country has that.