You know a date is going exceptionally well when, instead of parting ways after your meal, you seek out a tong sui dessert shop to keep talking late into the night. Here are a few shortcuts to kick off your next late-night love story. The king of the Sham Shui Po dessert scene, Luk Lam is a bit quirkier than other restaurants on this list. While offering absolutely delicious common soups like sesame soup (芝麻糊), red bean soup (紅豆沙) and mango pomelo sago (楊枝甘露), Luk Lam also makes unusual ones like chestnut soup (生磨栗子粒露) and the very traditional pearl barley porridge (麥米粥). There really is no shortage of choices — there is even a section featuring new-style desserts like tofu pudding (豆腐布甸), made fresh every day at the store.

Established over 100 years ago in 1855, the historical Yuen Kee is the place to go for a taste of old Hong Kong, decorated with wooden bing sutt-style booths and traditional Cantonese bowls. The menu is also rather traditional, most famous for its mulberry mistletoe tea (桑寄生茶) — said to be able to boost kidney functions and promote blood flow — and the egg sponge cake (雞蛋糕), which is supposed to pair with the mulberry mistletoe tea. Don’t forget to try out their other traditional sweet soups such as sesame (芝麻糊) and almond soup (杏仁露), which is made using a stone grind still! 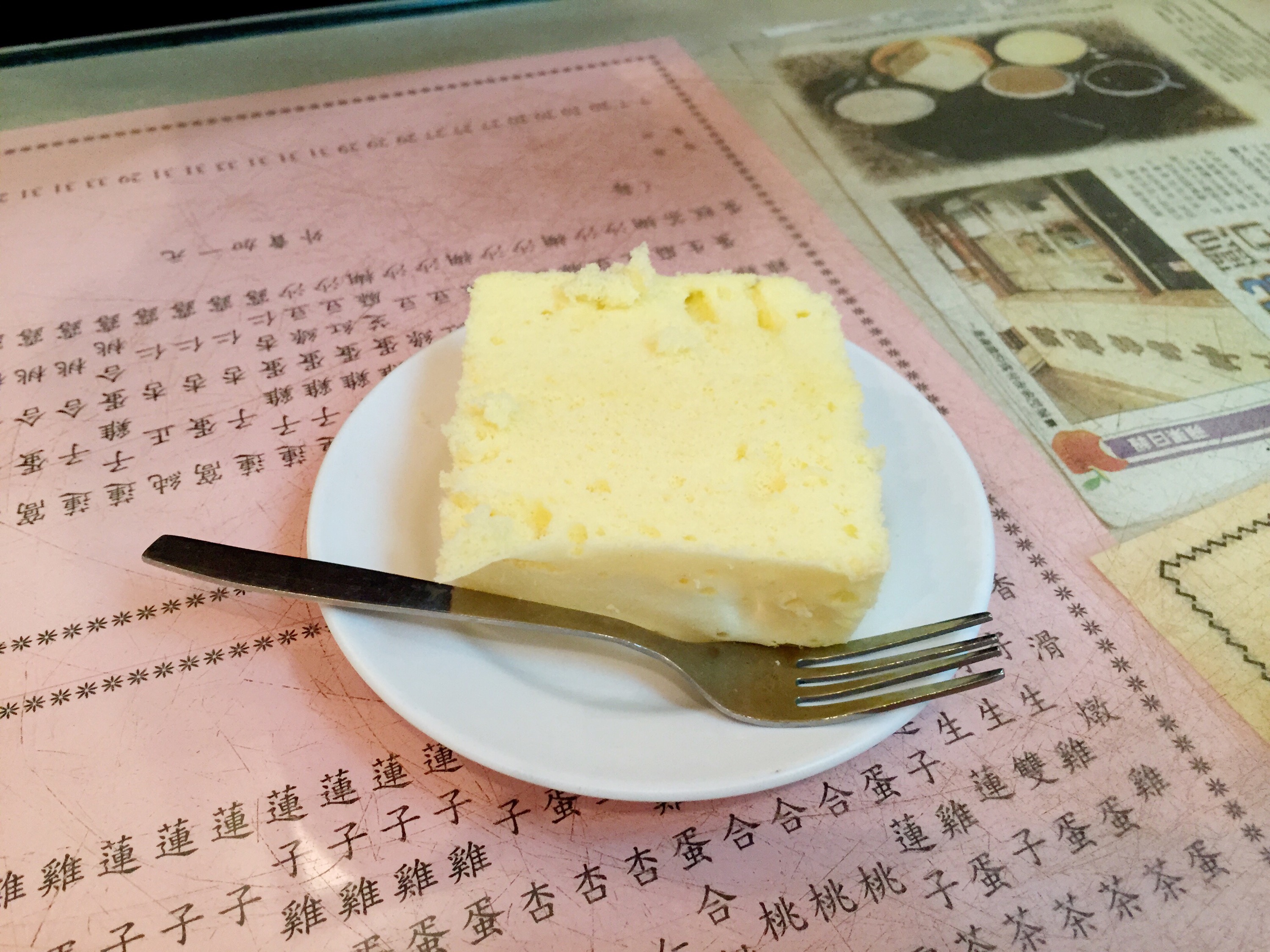 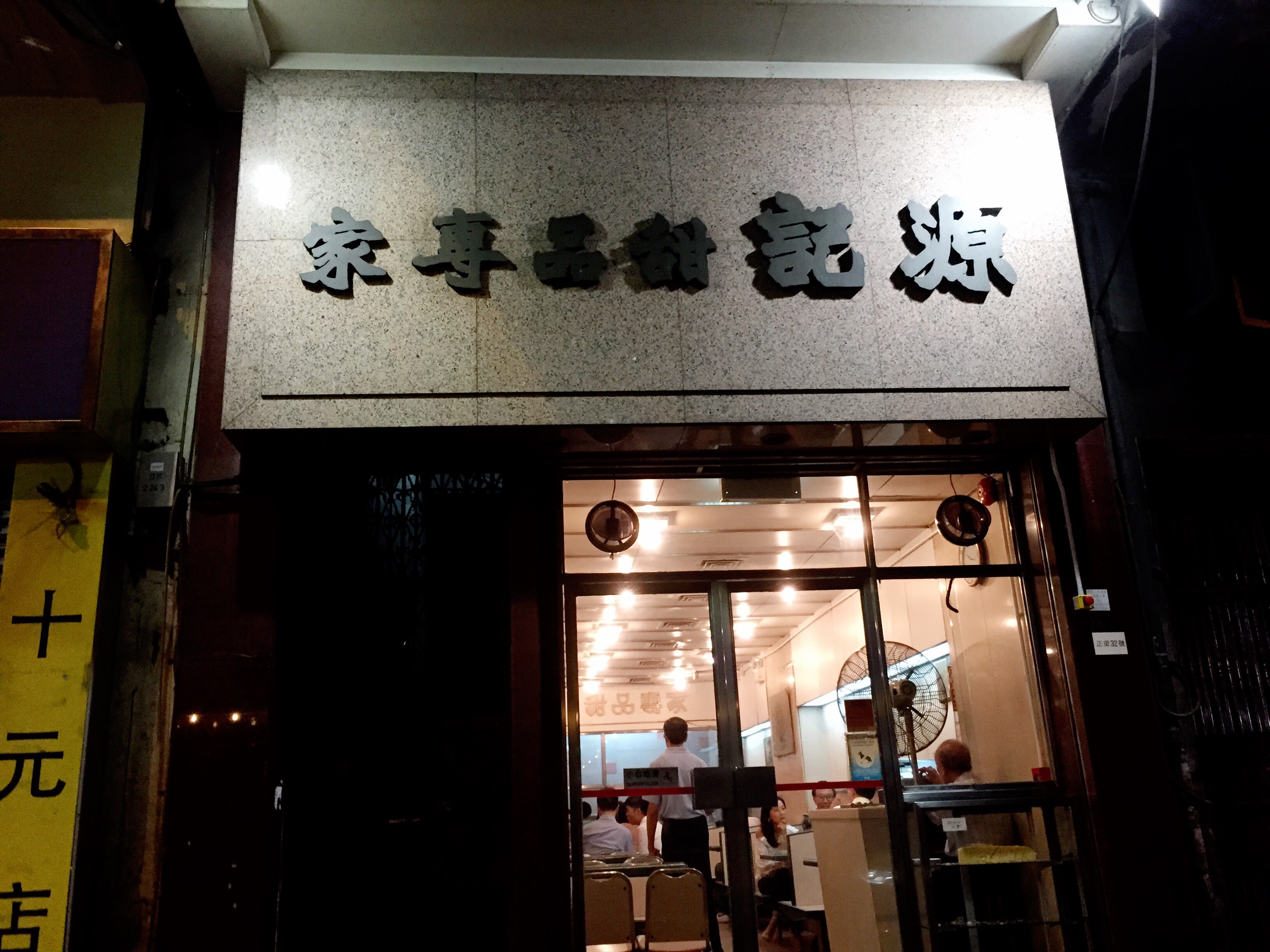 The shopfront of Yuen Kee.

If you’re bored with traditional tong sui, you should head to Cong Sao, which specializes in newer but still distinctively Hong Kong desserts featuring mango, coconut, durian, jellies and black glutinous rice, and more. Do not leave, however, without trying their insanely popular shaved ice like icy longan with sago (龍眼椰果冰) and durian ice (榴槤水晶珠). But consider yourself warned: lining up is almost guaranteed during dessert hours.

Another classic dessert stop — an import from Macau — is steamed milk puddings from Yee Shun Dairy Company, which originated in our twin SAR. Their most popular offerings is the double-skin steamed milk pudding (雙皮奶), which comes with a sheet of solid milk on top and a runny, milky pudding underneath. The steamed egg pudding (冰花燉蛋) is sweeter and thicker, but the most unusual is perhaps the ginger milk pudding (薑汁撞奶), which is made by pouring warm milk into ginger juice — a perfect, warming option for the winter. 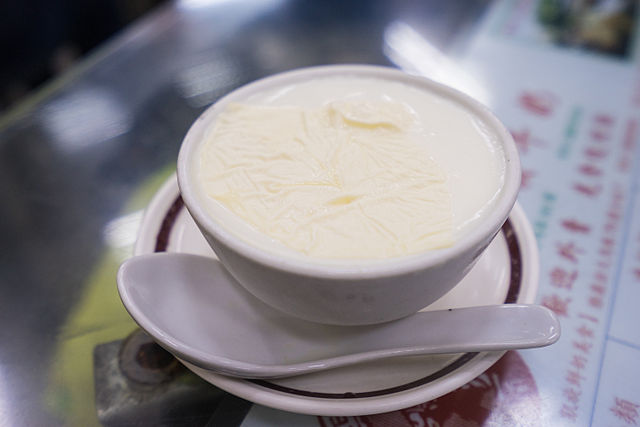 Incredibly siky and fragrant tofu fa (豆腐花), paired with brown sugar and a little bit of ginger syrup — straight up one of the most comforting Hong Kong experiences. For the best tofu fa, head to Kung Wo Dou Bun Chong, which has been making soybean products for over 100 years. Ever since it opened, the institution has been uses the same age-old technique to make its signature tofu fa. A variety of other soybean products — a wide range including soymilk (豆漿), stir-fried tofu (煎豆腐) and stuffed tofu (釀豆腐) — are equally beloved.

Sweet dumpings (湯圓) — a very important food in Chinese culture for it symbolizes togetherness — is Fook Yuen’s specialty. The Fortress Hill restaurant makes its own sweet dumplings every day, which are famous for being extra thin and smooth, stuffed with lots of rich and creamy peanut or sesame fillings that are also made in store to ensure quality. There are also many traditional desserts to choose from — red beans soup, sesame soup, walnut soup and more — which serve as a base for the famous dumplings.

Can’t get enough of Hong Kong food? Check out our book.