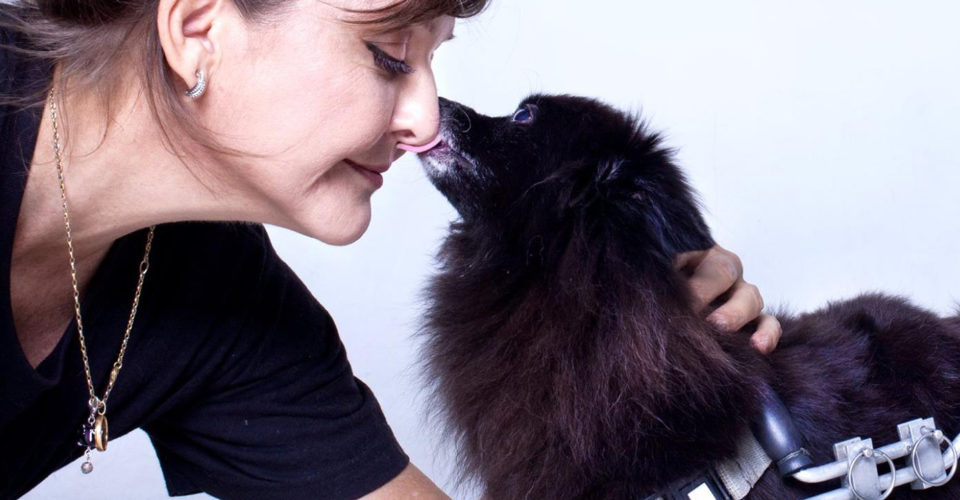 Sheila McClelland is the founder of Lifelong Animal Protection Charity (LAP). She tells The Loop HK about the meaningful process of re-homing stray animals in Hong Kong.

Sheila McClelland has been helping to care for abandoned cats and dogs on Hong Kong’s streets since she fell in love with her first stray puppy, Boodhai, in 1991.

Lifelong Animal Protection Charity (LAP) was founded to rescue and re-home neglected and abandoned animals in Hong Kong. The charity re-homes dogs and cats of different backgrounds — sometimes they’re from the government kennels, and sometimes people fall upon hard times and have financial or health issues, and they need help re-homing their animals. LAP also gets a lot of ex-breeders, and of course we help a lot of stray and abandoned animals from street colonies.

5 Things You Should Know, according to Sheila McClelland:

LAP has two adoption centers: a cat and dog adoption center in Tsuen Wan and a cat adoption center in Sai Ying Pun. The charity is entirely volunteer-run and the volunteers are truly devoted to helping the animals. They could be foster parents, or they help with cleaning or socializing — there are many different aspects to the care. It’s very moving how many people are willing to give their personal time to help these unfortunate animals.

2. You have to put yourself in their shoes

The real beginning of LAP was when one little puppy changed my entire perception of animals. Before this puppy came into my life, I was actually scared of dogs. Afterwards, I started to see the neglected, suffering animals in a way I hadn’t before. There were so many abused animals around where I lived. Dogs that had boiling oil thrown at them or that were poisoned, kittens tied up in plastic bags and thrown in the bottom of rubbish bins, and all sorts of other kinds of cruelty and abuse.

3. There needs to be some form of population control

Finding Boodhai, a puppy that was being sold for food on Lamma’s main street, inspired me to start trying to make a difference. Soon, it became clear that just rescuing the animals wasn’t enough, that the root of the problem was uncontrolled breeding. So I started a trap, neuter and release project for cats in the area where I lived, and it had the most remarkable effect in improving the quality of life of the local cat colonies.

4. It’s all about the animals

5. Finding the perfect match is important

During the general care of the animals, arranging vet visits, liaising with potential adopters and volunteers, I have the bonus of lots of cuddle time with the animals. We work with the animals daily, and know what type of family is suited to each pet. It is vitally important to find the right fit, because none of us wants to see an animal returned.