South Korean Films and Shows to Watch After “Parasite” 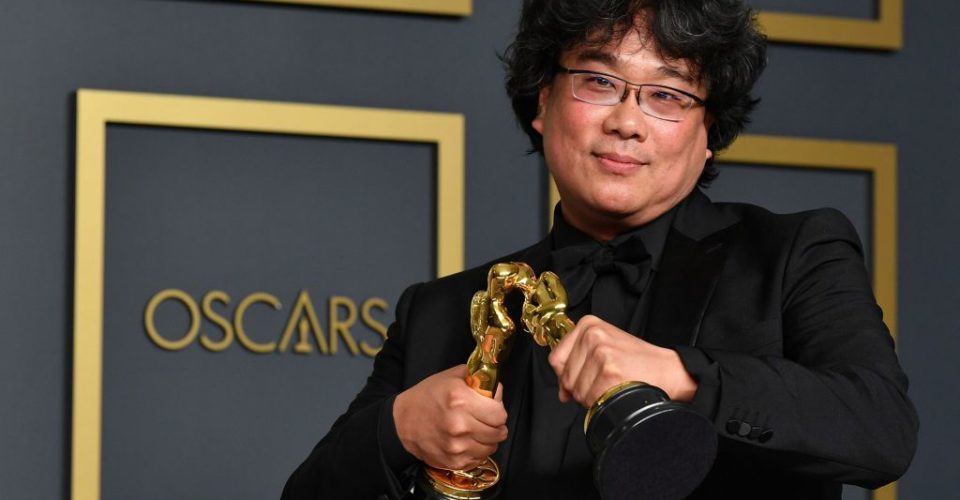 While the Oscars 2020 was by no means perfect (we feel for you, Greta Gerwig, Lulu Wang and everyone else who got short-changed), it was an absolute joy watching South Korean film “Parasite” sweep the awards.

Can’t get enough of the dark plot, bold storytelling and powerful visuals of “Parasite”? Maybe it’s time you take a deeper dive into South Korean cinema, which has long been taking on class divisions as well as the fears and insecurities of the modern age. Here are 10 films and shows from the country you should know about.

1. Memories of Murder, and other Bong Joon-ho Must-Sees

The freshly minted Oscar-winning director Bong Joon-ho has seven films under his belt, all of which are consistently thrilling, darkly comedic and piercing social commentaries. His 2003 crime drama “Memories of Murder” (Available on DVD here or stream here) is said to be his most terrifying work, with Quentin Tarantino describing it and his 2006 movie “The Host” (Stream on Netflix here) as “both masterpieces.” Also available on Netflix is Okja, his charming eco-thriller about factory farming, and Snowpiercer, his dystopian class struggle starring Chris Evans and Tilda Swinton.

Many critics, however, argue that “Mother” (2009; available on DVD here) is Bong’s best movie. In it, a young man with a learning disability is accused of murder, and his doting mother takes it on herself to solve the crime and clear his name. It’s a viciously funny but also a mind-bending examination of a mother’s love.

This was one of the films that came up a lot during discussions about Hong Kong’s anti-extradition bill protests. The 2017 South Korean drama by Jang Joon-hwa tells the story of the June Democracy Movement, a key historical turning point in the nation’s march to democracy. A student protester dies in the hands of the secret police, bringing together people from all walks of life in their fight against an oppressive regime.

Available for buying or rental on iTunes

The 2017 critically and commercially successful drama is based on a true story and set during the Gwangju Uprising, another critical event in modern South Korea. A foreign journalist hires a taxi driver to take him to Gwanju, a city in lockdown for being the center of many pro-democracy protests. Song Kang-ho, which plays the taxi driver, is the same leading actor in Bong’s Oscar-winning “Parasite.”

Available for buying or rental on iTunes

The critically acclaimed “Burning” was the first Korean movie to make it to the final nine-film shortlist at Oscar’s Best Foreign Language Film category last year. A slow, enigmatic and riveting character study, this film offers a searing glimpse into the juxtaposition between upper and lower classes in South Korea and the rage it begets.

One of the very first Korean movies to grab global attention, “Oldboy” (2003) by auteur Park Chan-wook is an increasingly chilling tragedy about a man seeking revenge for his murdered wife and daughter after being held captive for 15 years. This film is the second instalment of The Vengeance Trilogy, a series of three films by director Park with unrelated stories but deals similarly with themes of revenge and salvation.

Currently the fourth highest-grossing film in the history of Korean cinema, “Ode to My Father” follows a man through the 1950s to present-day South Korea, depicting historical events such as the Korean War and the Vietnam War. While it’s a huge commercial success, reviews have been mixed, with some calling it an attempt to gloss over life under an authoritarian regime.

The six-episode Netflix Original series is many genres at once: a political zombie period drama featuring scary monsters, manipulative courtiers, dark secrets and a sinister plan for power. The Kingdom is widely lauded for its creative storytelling.

8. Crash Landing On You

The biggest K-drama at the moment, “Crashing Landing On You” is about a South Korean woman who accidentally crash-lands in North Korea and falls in love with a soldier there. The romantic comedy is breaking all kinds of viewership records in South Korea. Great news for international viewers: new episodes are being released weekly at the same time on Netflix.

9. Something in the Rain

This delightful romantic drama tackles a slightly taboo subject in South Korea: an older woman dating a younger man. Yoon Jin-ah, a career woman in her 30s, develops feelings for her best friend’s younger brother, who’s in his 20s. While staying mostly sweet and breezy, the show also examines the sexist work culture and the pressure for Korean women to find a husband.

While this looks like another cheesy romantic K-drama, it’s not! “It’s Okay, That’s Love” is the first K-drama to address mental health issues. As a successful novelist meets and falls in love with a psychiatrist, they help each other confront their flaws and trauma from the past.