Spotlight: Emperor Cinemas at The LOHAS What’s it called? Emperor Cinemas at The LOHAS

What’s it all about? Media mogul Emperor Group welcomes November with the grand opening of their largest cinema in the new The LOHAS mall in Tseung Kwan O. The massive 33,174 square foot venue boasts six theaters with a total of 883 seats, and a variety of food and beverage selections that go beyond the classic pop and popcorn combos. Theater goers can expect a gourmet menu packed with goodies like mocktails, dim sum, Beyond Meat hotdogs, black truffle cheeseburgers, and popcorn chicken. There’s now a special $60 per ticket deal in celebration of the grand opening, as well as early bird membership deals that include discounts on food, tickets, and free parking. Click here for more details. 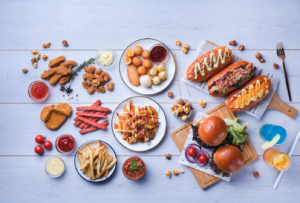