The Best Bars for Floral Cocktails in Hong Kong Summer is right around the corner. And with that comes a hankering for light, refreshing drinks – probably in the form of floral cocktails. And as we’d argue there is no better summer tipple than one incorporating floral ingredients and garnishes, we’ve rounded up some of our favorite creative cocktail bars. And all of them serve up decadent floral cocktails that are almost too pretty to drink. 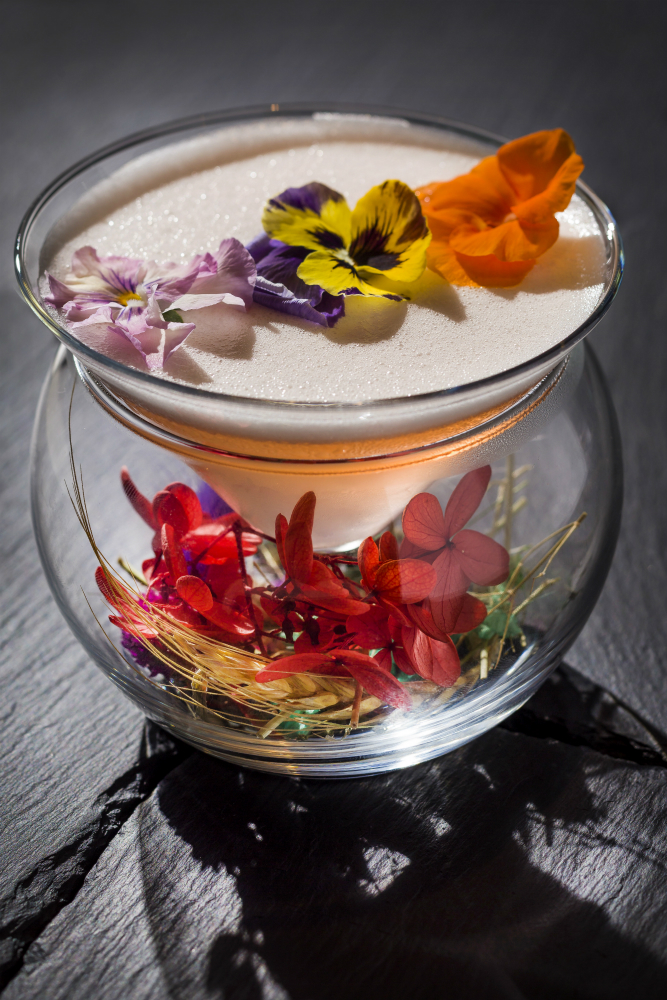 As its name suggests, craft cocktail lounge Bitters and Sweets focuses on homemade bitters and desserts, serving up unusual flavor combos with pretty presentation – even preparing some drinks with a siphon coffee maker (the Night Quil, for instance). Try the Red Blossom for an intriguing drink (an infusion of gin, hawthorn tea — hawthorn being what gives sweet and sour sauce its two-handed kick — gentian, apple, and lemon) extravagantly served in a glass nestled in a jar of flowers. Ever since The Woods first opened, the experimental cocktail bar has set itself apart from the usual Soho suspects by whipping up Insta-worthy potions and concoctions whose ingredient lists read more like a list of health foods than an alcoholic beverage, and cheerfully incorporate fresh seasonal vegetables, fruits, herbs and flowers, from chlorella and chia seeds to plum bitters and Jasmine bloom kombucha. Its latest masterpiece is the Chamomile Bee’s Knees, which blends chamomile and vanilla-infused Sipsmith Gin with local honey and fresh lemon juice. 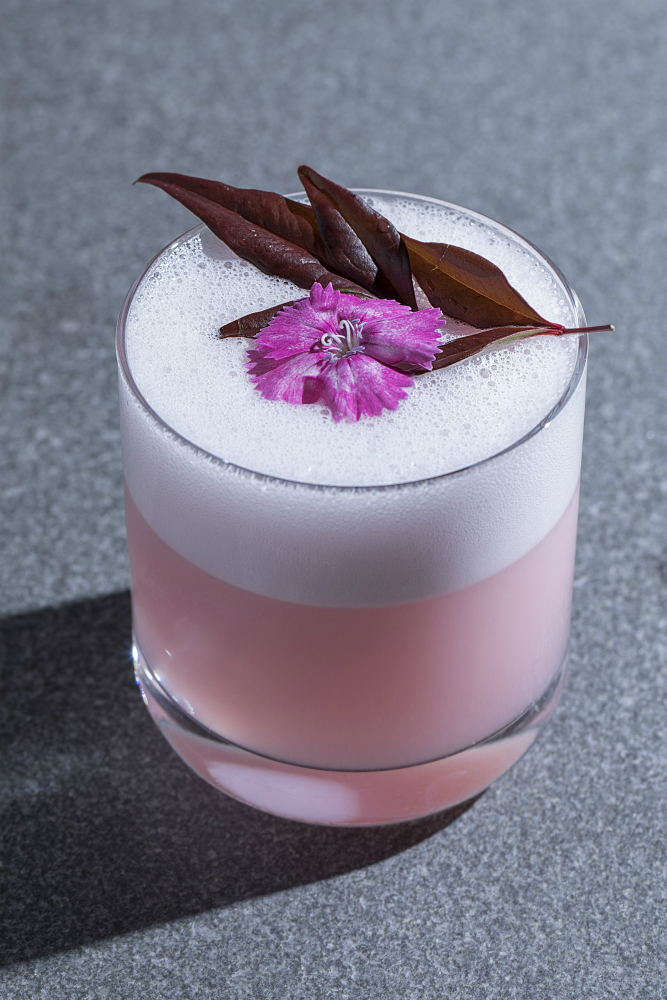 In celebration of spring, upscale Japanese mainstay Zuma offers up a special, limited-edition menu inspired by Japan’s cherry blossom season, which takes place during April and May. So successful was the menu that Zuma decided to extend it through to the end of May. Accompanying savory dishes and desserts is the Nikka Sakura Cocktail Menu, which pays homage to the iconic pink flower. Be sure to try the Sakura Sour, which mixes Nikka Coffey grain whiskey, red wine umeshu, peach, yuzu, orgeat (a syrup made from almonds, sugar and rose or orange flower water) and egg white, topped with a pink bloom and sprig of greenery. Designed by the flamboyant Ashley Sutton, Dear Lilly is a romantic haven inspired by Paris’s hole-in-the-wall florists. So of course, its cocktail menu overflows with floral-inspired tipples, too. Edible flowers and floral garnishes abound, while the Mad Enchantment (apple juice, lemon and blackberry puree, Calvados) even arrives in a floral teacup-turned-wine-glass. Try the Green Fairy, which blends absinthe, yuzu, pineapple juice and coconut water. The drink’s neon green hue is set off by a striking red rose. Slamet Haryadi, head bartender and mixologist at the seductively luxurious M Bar at the Mandarin Oriental, took inspiration from two things when he created the eye-catching Leave the Rock cocktail: the classic cocktail Rock & Rye — which mixes rye whiskey and rock candy with citrus and spices, and rose to popularity in the 19th century — and the Japanese art of ikebana, or flower arranging. The result? A smooth combination of Chivas Regal 18 years scotch whiskey, Calvados Drouin Pomme Prisonnière, lime juice, roasted macadamia cordial, banana served in a Japanese rock-shaped ceramic ikebana vase and accompanied by an array of blossoms. Convivial Spanish watering hole The Optimist has a number of drinks among its gin and tonic menu that incorporate floral elements, most notably the The Bordiga Pink (gin infused with red rose and pink grapefruit and garnished with coriander and dry roses) and the G Vine (sweet, floral gin with grapes and vine flowers).